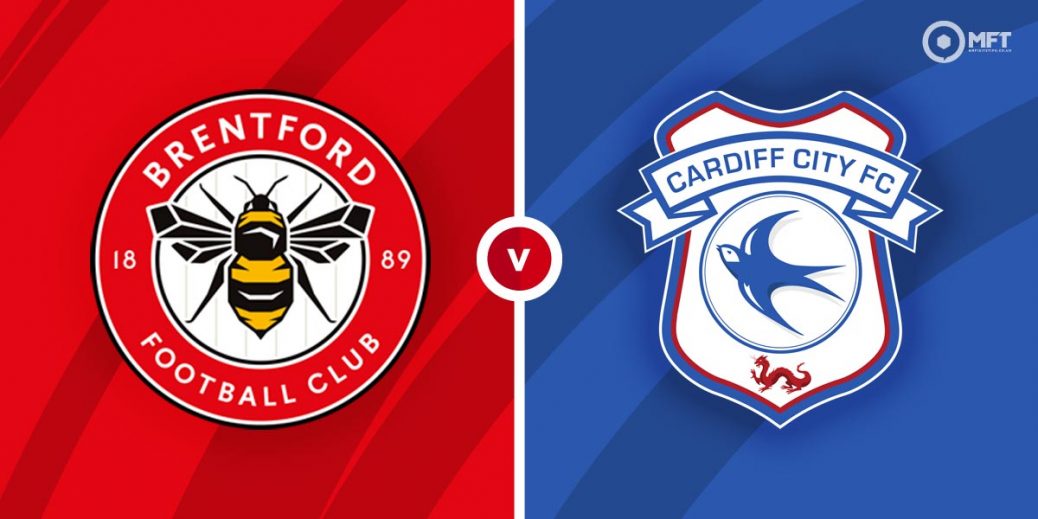 Brentford are set to maintain their playoff quest as they host Cardiff City in an English Championship fixture at the Brentford Community Stadium. The hosts have stumbled slightly in recent weeks but should bounce back at home against Cardiff, who have been poor lately.

The Bees were held to a 0-0 draw by Millwall in their previous Championship fixture. They were lacklustre with Marcus Forss putting their best effort into the side netting.

It was a result that dealt a further blow to Brentford’s already fading hopes for automatic promotion. They are now eight points behind second place Watford and must also be weary of the teams below them with Bournemouth and Barnsley on the rise in recent week.

While Thomas Frank’ men have looked slightly off colour in recent weeks, they still remain unbeaten in their last seven matches. They can count a 5-0 victory against Preston North End among their recent results and have also kept clean sheets in their last three Championship fixtures.

Cardiff City are also coming off a draw as they were held 1-1 by Reading last time out in the Championship. They looked to be heading for a win following Kieffer Moore’s penalty three minutes from time, but conceded the equaliser right at the death.

It was the fourth straight match without a win for Cardiff City. The result means Mick McCarthy’s men have now slipped further away from the playoff places as they sit 11 points off Barnsley in sixth.

The Bluebirds have also found things difficult on their travels lately with just one win in their last five away matches. Among their more disappointing performances on the road was a 5-0 defeat at relegation threatened Sheffield Wednesday.

Brentford are favourites among the bookies with William Hill offering 3/4 for a home win. A victory for Cardiff is valued at 9/2 by Betfred while a draw is set at odds of 11/4 by SBK.

With Cardiff struggling in recent weeks, I am leaning towards a victory for Brentford.

Brentford have a slight edge in this fixture with 10 wins from 24 previous matches. Cardiff City have been victorious nine times while there have been five draws between both teams.

The Bees have won two of the last three meetings and triumphed 3-2 in the reverse fixture back in December.

Brentford’s defence has been solid lately with centre backs Pontus Jansson and Christian Norgaard helping the team to three straight clean sheets. They will be hoping for a repeat at 5/4 with Sporting Index.

At the other end of the pitch, Brentford will look to Ivan Toney, who remains the Championship top scorer with 29 goals. SBK is backing the striker at evens in the anytime goalscorer market while the first goal is valued at 29/10 by Unibet.

Brentford’s recent defensive record means a win to nil could be an attractive proposition at 7/4 with SpreadEX while a -1 handicap could be worth considering at 11/5 with Red Zone.

This English Championship match between Brentford and Cardiff City will be played on Apr 20, 2021 and kick off at 18:00. Check below for our tipsters best Brentford vs Cardiff City prediction. You may also visit our dedicated betting previews section for the most up to date previews.