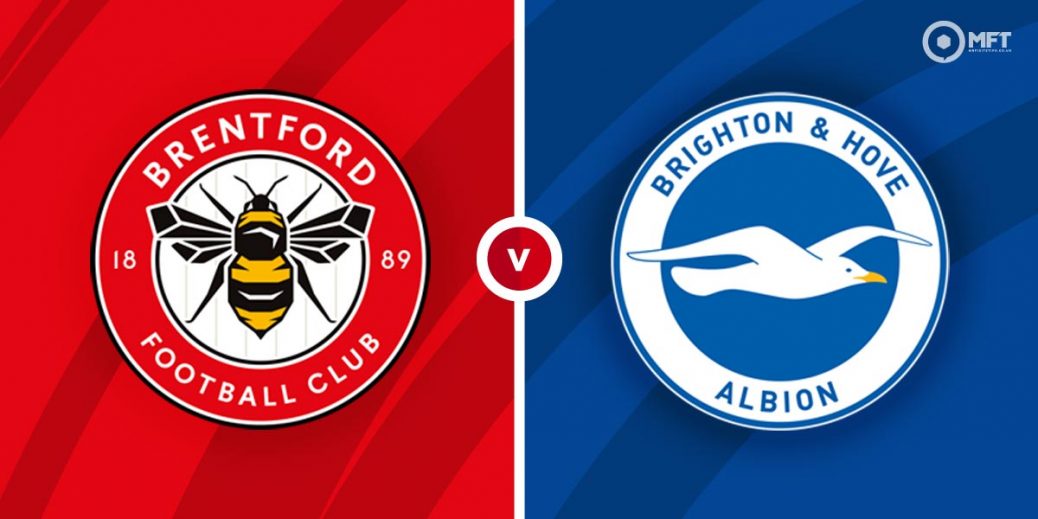 Two teams who have made solid starts to the season meet as Brentford host Brighton in an English Premier League clash at the Brentford Community Stadium. A closely fought encounter is predicted here and with both teams often enjoying an open style of play, there are likely to be goals.

Brentford appear to be settling down to life in the Premier League and are yet to taste defeat after three matches. The 2-0 victory over Arsenal on the opening day was a huge confidence boost and they appear to have carried on from there.

The Bees are returning to the Brentford Community Stadium After playing at Crystal Palace and Aston Villa in their last two matches. They held out for draws in both fixtures with the clash at Villa Park ending 1-1 thanks to Ivan Toney’s early effort.

Ivan Toney finally off the mark in the Premier League last time out and manager Thomas Frank will be keen for the striker to go on a lengthy scoring run. However, while Brentford have conceded just once in the Premier League this season, goalkeeper David Raya has been a busy man between the sticks as they often give away chances to the opposition.

Brighton travel to Brentford off the back of a 2-0 home defeat against Everton in their previous Premier League fixture. They struggled to find their rhythm in attack and were second best throughout the encounter.

Despite the defeat to Everton, Brighton have been one of the more impressive clubs at the start of the season having seen off Burnley and Watford in their opening two matches. Manager Gary Potter will be keen for an improved performance on Saturday.

Brighton favour an attacking style of play and striker Neal Maupay has found the net twice this season. However, defending remains a problem for the Seagulls, who have conceded three goals already this season.

The bookies are expecting a closely fought contest here with a win for Brentford priced at 23/12 by SBK, who are also offering 20/11 for a Brighton victory. A draw is set at odds of 9/4 by SpreadEX.

There have been 25 previous matches between Brentford and Brighton with both sides claiming nine wins each. Both teams have played out seven draws, including a 3-3 result in a Championship fixture back in 2017.

Ivan Toney was the top scorer for Brentford in the Championship last season and is already off the mark in the Premier League. The striker could be worth keeping an eye on to score anytime at 7/4 with Unibet.

Neal Maupay remains the biggest goal threat for Brighton and already has two goals in three matches this season. The striker is priced at 23/10 by Sport Nation in the anytime goalscorer market.

Brentford and Brighton were both on target in their last meeting and both teams could be tipped to score at 13/12 with SBK. There have been over 2.5 goals in two of the last three meetings and a similar outcome is priced at 31/20 by BetVictor.

With Brentford grabbing the opening goal in two of their three matches and Brighton going behind twice this season, the Bees could be backed to score first at 6/5 with bet365.