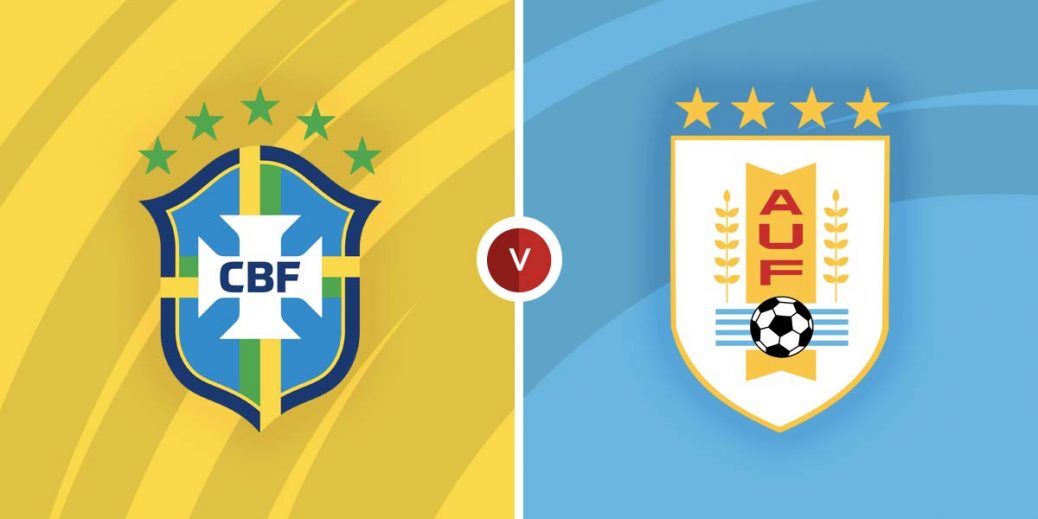 After dropping points for the first time in the World Cup qualifiers, Brazil are backed to bounce back as they host Uruguay at Arena da Amazonia. The Brazilians are still on a fine winning run at home and should have the edge over Uruguay, who have struggled lately.

Brazil have lost their 100% record in the qualifiers after being held 0-0 at Colombia in their previous fixture. They struggled to break down a stubborn Colombian defence but still created a few chances with Raphinha and Antony both missing good opportunities.

Despite the result, the Brazilians remain unbeaten in the qualifiers and are nine points clear at the top of the table. Coach Tite will be keen to move on from that result and make a swift return to winning ways on Friday.

Brazil often do their best work on their own turf and have won all four of their home matches in these qualifiers. The Brazilians have also won their last 11 World Cup qualifiers at home, keeping 10 clean sheets in that run.

Uruguay’s recent poor form continued last time out as they were beaten 3-0 by Argentina in the qualifiers. They were second best to the Argentines throughout the encounter and failed to convert the few chances they created.

The Uruguayans have been on a slide in recent times and are winless in their last two qualifying matches. They are still holding on to the final automatic qualification spot but the gap has been cut to just one point by fast rising Colombia.

One source of worry for manager Oscar Tabarez is the form of star strikers Luis Suarez and Edinson Cavani. Both men are currently on lengthy goal droughts for the national team while Uruguay have failed to score in their last two matches.

The bookies have Brazil as favourites with a home win priced at 11/20 with BoyleSports. An unlikely victory for Uruguay is priced at odds of 13/2 by bet365 while a draw is set at odds of 3/1 with SBK.

Brazil have the upper hand in this fixture with 11 wins and four draws while Uruguay have been victorious just four times from 19 previous matches. The Brazilians have won the last three meetings and claimed a 2-0 victory in the reverse fixture last November.

Forwards Neymar, Gabriel Jesus and Gabriel Barbosa were kept quiet in Colombia but still carry a major attacking threat. All three men can combine to ensure the Brazilians continue their record of scoring in every home match in the qualifiers at 2/13 with Vbet.

The Brazilians have kept clean sheets in all their home matches and with Marquinhos and Eder Militao featuring in defence, will be confident of extending that run at 10/11 with betway.

Given Brazil’s defensive solidity and with Uruguay currently struggling in attack, BTTS NO could be on the cards at 5/7 with MansionBet. The Brazilians are often prolific in attack and could be picked as the only team to score at 5/4 with bet365.

Brazil have won to nil in all four of their home matches in the qualifiers and can be backed for a similar result at 11/8 with BetVictor.

This World Cup match between Brazil and Uruguay will be played on Oct 15, 2021 and kick off at 01:30. Check below for our tipsters best Brazil vs Uruguay prediction. You may also visit our dedicated betting previews section for the most up to date previews.