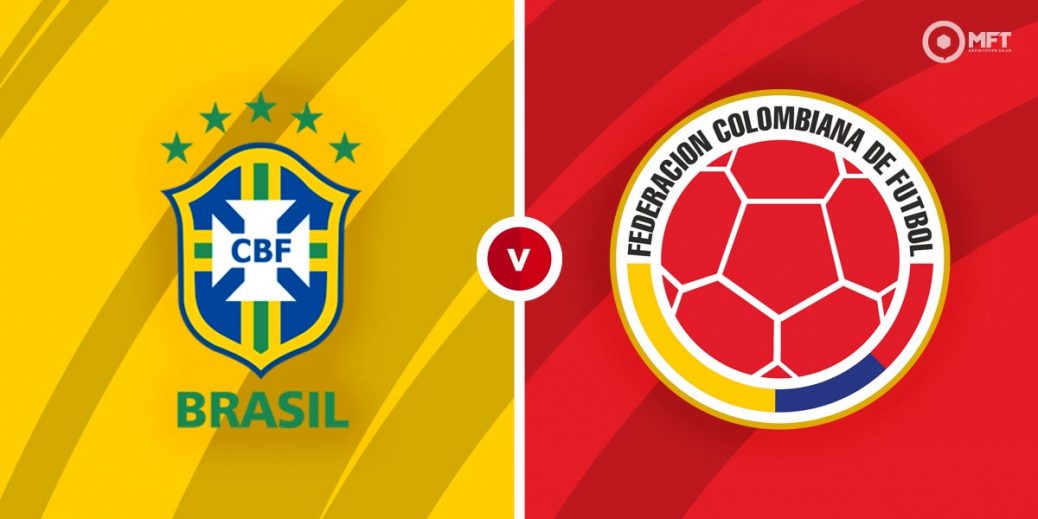 Brazil will hope to maintain their 100% record at Copa America when they face Colombia in a Group B clash at the Estadio Nilton Santos. The Brazilians have looked almost unstoppable so far and driven by the superb Neymar, should ease past Colombia.

Neymar was once again on target as Brazil claimed a 4-0 victory over Peru in their previous fixture. The PSG forward scored the second after Alex Sandro had opened the scoring while Everton Ribeiro and Richarlison added further goals late on.

Brazil are widely considered favourites to retain the title they won in 2020 and have looked the part in their opening two fixtures. Tite's men began their campaign with a 3-0 victory over Venezuela and are yet to concede a goal at the competition.

Brazil’s impressive form began long before Copa America having won their last nine matches across all competitions. Their impressive showing has been driven by a solid defence which has kept eight clean sheets in that run.

Colombia were disappointing in their previous outing in the competition and were beaten 2-1 by Peru. Miguel Borja's second half penalty cancelled out the Peruvians’ early opener but Yerry Mina put through his own goal to hand the Colombians their first defeat.

Los Cafeteros have been on the downward spiral since winning their opening fixture in the competition. They were held to a 0-0 draw by Venezuela in their second outing before Monday’s defeat to Peru.

One concern for manager Reinaldo Rueda is the team’s lack of cutting edge in attack. Atalanta’s attacking duo of Luis Muriel and Duvan Zapata came to the tournament with huge expectations and have looked off colour in their three appearances.

Brazil are considered overwhelming favourites among the bookies with a win priced at 18/35 by SBK. Colombia are priced at a massive 34/5 by the same firm for an unlikely win while Vbet is offering 7/2 for a draw.

Colombia have been disappointing in their last two matches and should be no match for a confident Brazil team, who are expected to claim a comfortable victory.

Brazil have a fine record in this fixture with 11 wins from 19 previous matches. Colombia have claimed just one victory while there have been seven stalemates, including a 2-2 draw in a friendly in 2019.

Neymar continues to be the shining light for Brazil and has scored in his two matches in the competition so far. Vbet has the PSG forward at 8/11 to score anytime while the first goal is set at odds of 12/5 by bet365.

Brazil’s defence has also stood up to be counted with Thiago Silva, Eder Militao and Marquinhos as their central defensive options. They are yet to concede in the competition and with Colombia struggling in attack, will be confident of keeping another clean sheet at 10/11 with SpreadEX.

Brazil superb defensive record means a win to nil could be on the cards at 6/5 Vbet. A -1 handicap for the Brazilians could also be considered at 17/10 with Red Zone.

A score/win double with Neymar and Brazil could be worth a punt at 7/5 with Paddy Power while the defending champions could also be backed to win both halves at 33/10 with Sport Nation.

This Copa America match between Brazil and Colombia will be played on Jun 24, 2021 and kick off at 01:00. Check below for our tipsters best Brazil vs Colombia prediction. You may also visit our dedicated betting previews section for the most up to date previews.