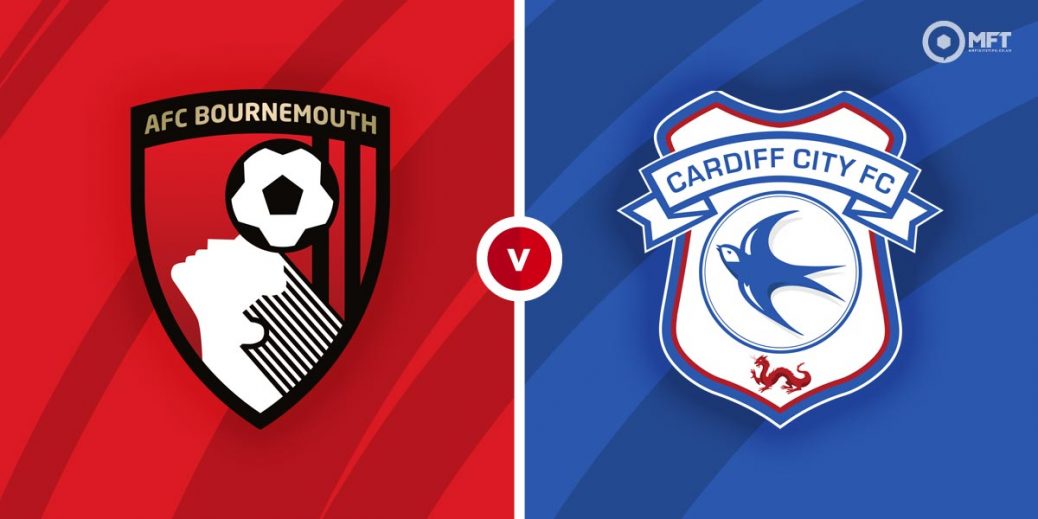 It is battle of promotion hopefuls as Bournemouth and Cardiff meet in a Championship clash at the Vitality Stadium. Both teams have been in good form in recent weeks and are separated by just three points in the final promotion playoff spot.

Bournemouth saw their four-match unbeaten run snapped last time out as they suffered a 2-1 defeat at Queens Park Rangers.

The match looked to be heading for a draw after Shane Long's second half equaliser but they conceded the winner seven minutes from time.

The Cherries have claimed three wins in their last five matches in all competitions, among which was an impressive 2-0 FA Cup triumph at Premier League side Burnley. Their home form has been impressive as they have won three of their last four matches at the Vitality Stadium.

Cardiff are arguably the form team in the Championship in recent weeks having won their last five matches. Their recent good form has seen them fly up the table as they now sit just three points off the playoff places.

The Bluebirds were rampant in their last Championship outing as they claimed an impressive 4-0 victory over Preston North End. They had four different goal scorers and struck as early as the second minute through Kieffer Moore's second minute penalty.

The team managed by Mick McCarthy has also impressed on the road lately and travel to the Vitality Stadium off the back of three straight away wins.

This looks like a close tie but Bournemouth are considered favourites among the bookies. William Hill has Cherries to win at odds of 23/20 while a win for Cardiff is priced at 13/5 at Unibet, who value a draw at 5/2.

There is very little to separate both teams heading into Wednesday’s match, so I am tempted to back a draw here.

There have been 20 previous matches between Bournemouth and Cardiff City with the Cherries leading the head-to-head 9-7. Four of those meetings have ended in stalemates including a 1-1 draw in the reverse fixture at the Cardiff City Stadium.

Bournemouth often spread their goals across the team but Dominic Solanke and Junior Stanislas are the leading scorers with 10 and nine goals respectively. With Solanke still sidelined with injury, Stanialas could be worth a punt to score anytime at 13/5 with bet365.

Kieffer Moore’s run of 14 goals for Cardiff this season means betfair have him at 12/5 to score anytime on Wednesday.

The first goalscorer market could also offer some value with Kieffer Moore netting the opener 8 times this season while Junior Stanislas has matched that feat seven times. Moore is priced to score first at 13/2 with bet365, who are backing Stanislas at 15/2 in the same market.

With both teams boasting plenty of quality in attack, the goals market might provide some value on Wednesday. SBK is offering 11/10 for over 2.5 goals while also offering 37/13 for an outcome of over 3.5 goals.

This English Championship match between Bournemouth and Cardiff City will be played on Feb 24, 2021 and kick off at 19:45. Check below for our tipsters best Bournemouth vs Cardiff City prediction. You may also visit our dedicated betting previews section for the most up to date previews.