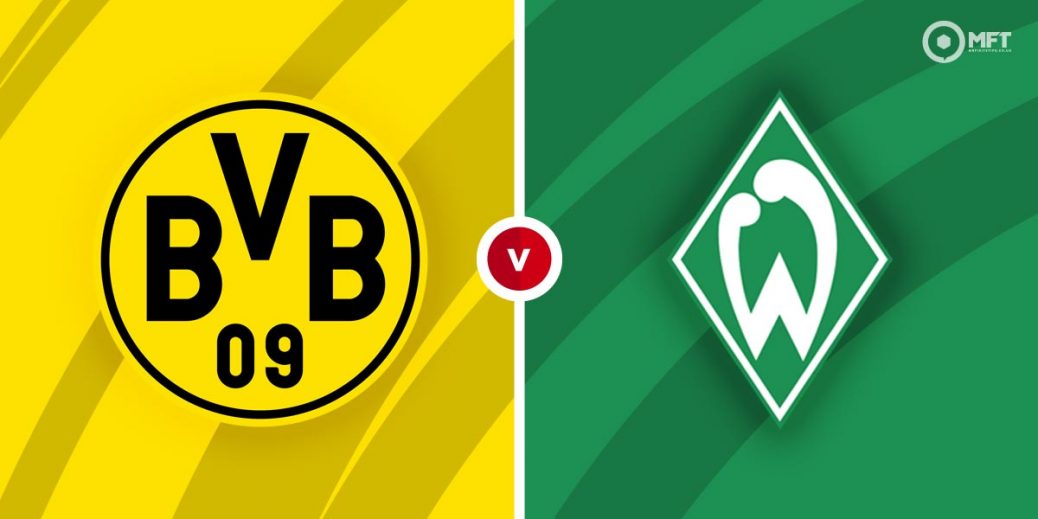 After crashing out of the UEFA Champions League, Dortmund turn their attention the German Bundesliga and their quest to return to the competition next season. They host Werder Bremen at the Signal Iduna Park and should have the edge over their out of sorts visitors.

Dortmund crashed out of the Champions League on Wednesday following a 4-2 aggregate defeat against Manchester City. They will now attempt to close down an eight-point deficit on fourth place Eintracht Frankfurt in their quest to return to the competition next season.

Edin Terzic’s men impressed in their previous Bundesliga fixture as they secured a 3-2 victory at Stuttgart. They fought back from a goal down with second half efforts from Jude Bellingham, Marco Reus and Ansgar Knauff earning them the win.

Dortmund are generally solid at the Signal Iduna Park, where they have lost just once in their last seven matches. Among their results in that run is a 3-0 victory over Arminia Bielefeld while they also knocked off Hertha Berlin 2-0.

Werder Bremen were beaten 4-1 at home by RB Leipzig in their previous Bundesliga fixture. Milot Rashica's second half penalty proved to be a mere consolation as they were no match for their visitors.

Florian Kohfeldt’s men have been on a decline in recent weeks and have lost their last four Bundesliga matches. That run has seen them drop to 13th on the table, just four points above the bottom three.

Werder Bremen have also found things difficult on their travels with just one win in their last four away matches. They lost 4-0 to Hoffenheim in that run and were also beaten 1-0 at Stuttgart in their last away match.

Dortmund are overwhelming favourites among the bookies with SBK offering 5/12 for a home win. The same firm is offering 37/5 for a victory for Werder Bremen while a draw is set at odds of 19/5 by William Hill.

Given Werder Bremen’s recent struggles, I am leaning towards a victory for Dortmund.

Dortmund have the edge in this fixture with 46 wins from 108 previous matches. Werder Bremen have claimed 43 wins while there have been 19 draws between both teams.

Dortmund have won the last two meetings and claimed a 2-1 victory in the reverse fixture back in December.

Striker Erling Haaland is in the middle of a mini goal drought but still remains the biggest attacking threat for Dortmund. He is priced at 1/2 by Paddy Power to score anytime while the first goal is valued at 39/19 by SBK.

Werder Bremen will look to Josh Sargent to provide the spark in attack. Unibet has the forward at 15/4 to score anytime while also offering odds of 15/1 in the first goalscorer market.

With both teams often scoring much of their goals after the break, the second half could be tipped as the highest scoring half at 21/20 with betway.