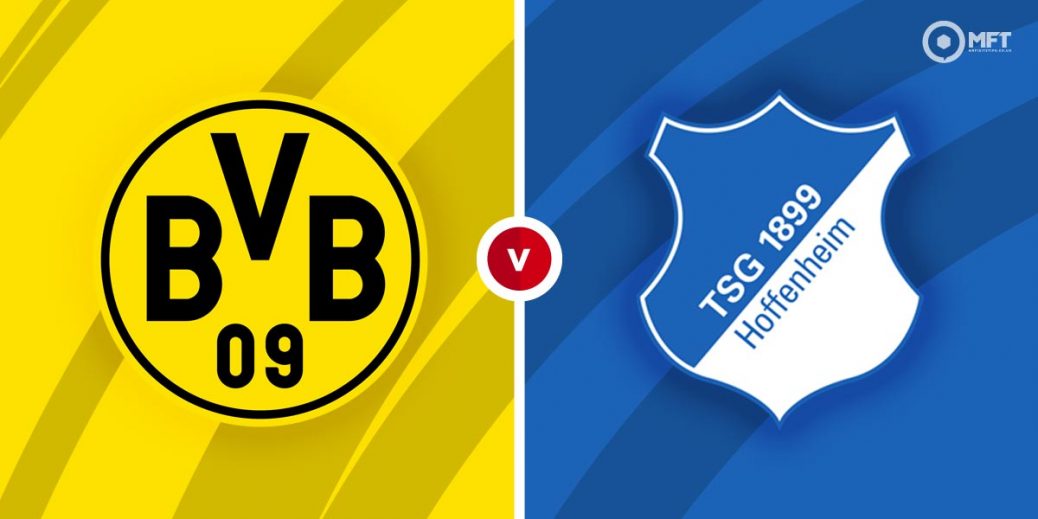 Borussia Dortmund will look to bounce back from their defeat at Freiburg when they welcome Hoffenheim to the Signal Iduna Park for a German Bundesliga fixture. Dortmund will consider that result a blip and will be keen to make their home games count this season.

Borussia Dortmund failed to build on their impressive 5-2 victory over Frankfurt in the opening weekend as they were beaten 2-1 by Freiburg last time out. They dominated the possession but were poor in attack with Erling Haaland enduring a frustrating day in front of goal.

It has not been the best week for Dortmund as they were also beaten 3-1 by Bayern Munich in the DFL Super Cup prior to the defeat at Freiburg. They will be keen to make a swift return to winning ways in front of their fans having won their last five Bundesliga matches at the Signal Iduna Park.

Manager Marco Rose has been unable to sort out Dortmund’s defensive problems with the team still vulnerable at the back. They are without a clean sheet in their three fixtures across all competitions this season and have conceded five goals in the last two.

Hoffenheim were held to a 2-2 draw at home by Union Berlin last time out in the Bundesliga. They came from behind to lead through goals from Kevin Akpoguma and Jacob Bruun Larson but conceded the equaliser just after the restart.

It has been a solid start to the season for Hoffenheim who began their campaign with a 4-0 victory at Augsburg. However, that was the first away victory in nine matches for Sebastian Hoeneß’s men, who often struggle on their travels.

Hoffenheim have similar problems to Dortmund as they also appear unable to keep things tight at the back. They have kept just one clean sheet in their last 10 matches across all competitions.

Despite their recent struggles, Dortmund are still considered overwhelming favourites among the bookies with a home win valued at 2/5 by bet365. SBK is paying 31/5 for a Hoffenheim victory while a draw is priced at 17/4 with MansionBet.

Dortmund will be keen to make a swift return to winning ways and given their record at the Signal Iduna Park, I am leaning towards a home win here.

Dortmund have an 11-7 advantage with 10 draws from 28 previous matches against Hoffenheim. They were also unbeaten in this fixture last season.

Erling Haaland had a quiet outing against Freiburg but given his brace in the opening fixture against Frankfurt, he could still be worth keeping an eye on. Dortmund have scored over 1.5 goals in their last five home matches and with the striker leading the line, that run is likely to continue at 1/3 with bet365.

Hoffenheim will be looking to take advantage of Dortmund’s defensive frailties with Jacob Bruun Larson and Sargis Adamyan, who have been among the goals this season. They have scored in both matches this season and can be backed to get on the score sheet at 7/20 with Vbet.

There were over 5.5 goals in Dortmund’s last home fixture and a similar outcome is priced at 19/4 with BetVictor. Over 4.5 goals is valued at 11/5 with betfair while MansionBet is offering 20/21 for over 3.5 goals.

This German Bundesliga match between Borussia Dortmund and Hoffenheim will be played on Aug 27, 2021 and kick off at 19:30. Check below for our tipsters best Borussia Dortmund vs Hoffenheim prediction. You may also visit our dedicated betting previews section for the most up to date previews.