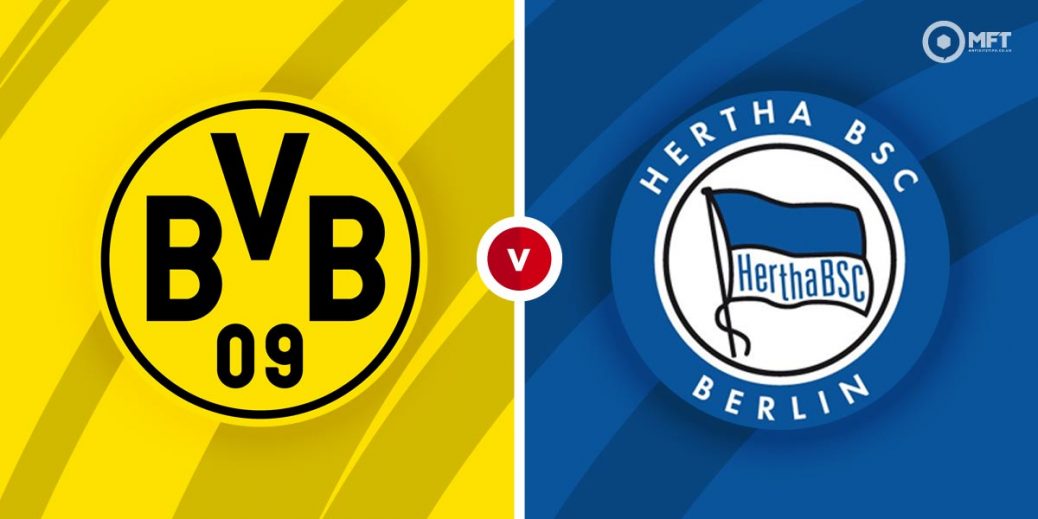 BORUSSIA DORTMUND bounced back from Der Klassiker disappointment to complete the job in the Champions League against Sevilla, but they know they need to step it up severely to even be in the competition next season.
They welcome Hertha Berlin to the Westfalenstadion on Saturday with the capital club in a desperate struggle of their own to stay in the Bundesliga.
Pal Dardai's side are in serious danger of the drop – they are just two points ahead of Arminia Bielefeld and the relegation play-off spot. However, they did stop a wretched run of form that had seen them pick up just two points from their last nine league games when they defeated Augsburg in their last outing.
Dortmund are four points behind Eintracht Frankfurt in the battle to get a Champions League spot so both sides are desperate for the points for very different reasons.

Hertha were destroyed by Dortmund 5-2 in the Olympic Stadium in November with Erling Haaland helping himself to four goals. Dortmund have won the last four games between the sides and Hertha haven't won in Dortmund for eight years.

Erling Haaland followed up his ultimately worthless early two goals against Bayern Munich with another double against Sevilla in midweek. He's 4/11 with bet365 just to score, but the first scorer price of 9/4 with Unibet will have plenty of backers.

If Hertha are going to score, Krzysztof Piatek could be the man. The Polish striker revealed this week he had rejected the chance to sign for Spurs. He has ten goals for the season and is 13/5 to score anytime with bet365.

Hertha Berlin have got the third worst defence in the league and Dortmund don't exactly inspire confidence with a leaky defence too so there could be goals. The 11/8 shout for over 3.5 goals with 888Sport must have a chance.
The visitors usually score on the road – they have 19 in 12 away games and a Dortmund win with both teams to score is 5/8 with McBookie.com appeals.
A bet365 betbuilder could be the way to go given how much Haaland destroyed Hertha in their last meeting. The Norwegian to score, Dortmund to win and Dortmund to score over 1.5 goals at 20/23 looks the way to back the hosts if you think they are too skinny.