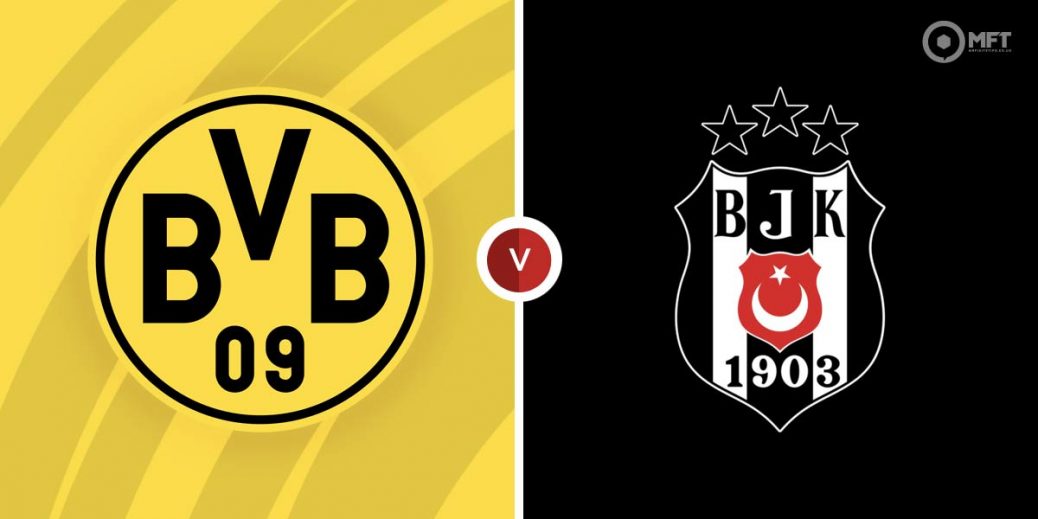 Borussia Dortmund are only playing for pride as they host Besiktas in their final Group C fixture in the UEFA Champions League. The Germans will be keen to end their campaign on a high and should have too much for an out of sorts Besiktas team.

Dortmund’s decline in the Champions League has come as a surprise given how well they started the competition. They began with successive wins in their opening two matches but have now lost their last three fixtures in the competition.

Marco Rose’s men suffered a 3-1 defeat at Sporting CP in their previous Champions League fixture. That result means they can no longer qualify for the round of 16 and will have to settle for a place in the Europa League.

Despite their disappointing showing, Dortmund will be keen to end their campaign on a high and will head into Tuesday’s clash with some confidence. They generally have a good record at the Signal Iduna Park with eight wins in their last 10 home matches.

It has been a generally poor season for Besiktas, who appear to be struggling on all fronts at the moment. They are well off the pace in the Turkish Super Lig and are bottom of Group C in the Champions League.

Things appear to be rapidly declining for Sergen Yalcin’s men, who are winless in their last four matches across all competitions with three defeats in that run. They warmed up for the trip to Dortmund with a 1-1 draw with Kasimpasa in the Super Lig on Saturday.

Besiktas have had an even worse Champions League campaign than Borussia Dortmund having lost all five of their matches. They were beaten 2-1 at home by Ajax last time out while their previous away fixture in the competition was a 4-0 defeat to Sporting CP.

Borussia Dortmund have the upper hand among the bookies and are priced at 33/100 by novibet to claim the win on Tuesday. An unlikely victory for Besiktas is valued at 10/1 with Ladbrokes while a draw is set at odds of 11/2 with QuinnBet.

Dortmund claimed a 2-1 victory in the reverse fixture back in September.

Erling Haaland’s return from injury has been a major boost for Dortmund with the striker scoring two goals since re-joining the team. He also scored the winner in the reverse fixture against Besiktas and is priced at 2/5 by bet365 to score anytime.

Cyle Larin often features in attack for Besiktas and could be worth keeping an eye on. The Canadian forward is priced at 13/5 by Unibet to get on the score sheet on Tuesday.

Dortmund are expected to earn a comfortable win here and could be backed in the -2 handicap market at 2/1 with Paddy Power. The Germans have also scored in both halves in their last two matches and could be set for a repeat at 4/5 with bet365.

Erling Haaland has a knack for scoring multiple goals and could be tipped to get two or more on Tuesday at 8/5 with bet365.

This UEFA Champions League match between Borussia Dortmund and Besiktas will be played on Dec 7, 2021 and kick off at 20:00. Check below for our tipsters best Borussia Dortmund vs Besiktas prediction. You may also visit our dedicated betting previews section for the most up to date previews.