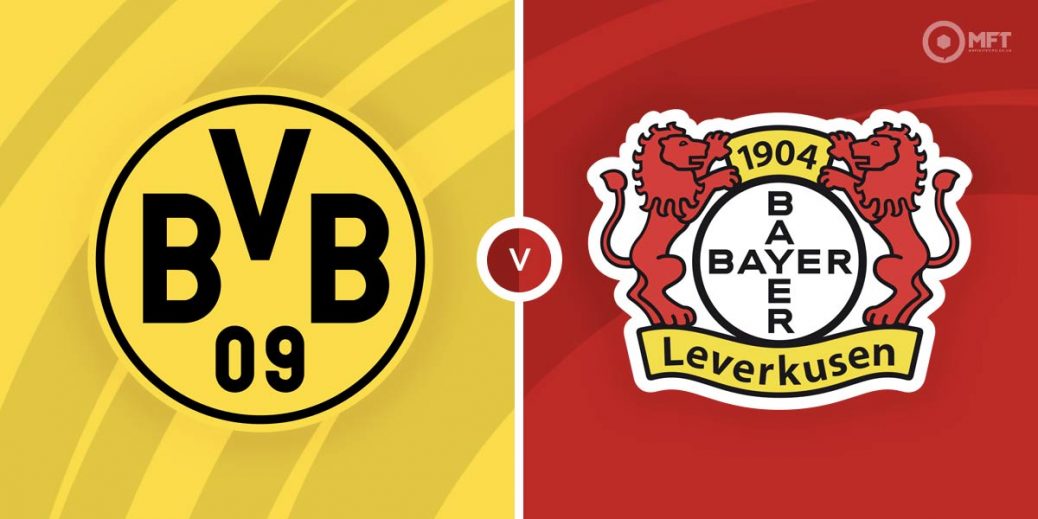 Borussia Dortmund will be looking to maintain the pressure on leaders Bayern Munich as they host Bayer Leverkusen in the German Bundesliga. Saturday's clash is likely to be a thrilling contest but Dortmund’s solid home form should give them the edge over the visitors.

Borussia Dortmund are pushing Bayern Munich all the way in the title race and sit second on the table, six points behind the champions. They head into Sunday’s clash with four wins from their last five Bundesliga matches, including a 3-2 victory over Hoffenheim in their previous fixture.

Home form has been pivotal for Borussia Dortmund, who have suffered just one defeat at the Signal Iduna Park this season. Marco Rose’s men have won nine of their last 10 home matches and eased past Freiburg 5-1 in their previous fixture in front of their fans.

The goals have also flowed freely for Borussia Dortmund, who are among the leading scorers in the Bundesliga this season. Led by the impressive Erling Haaland, they have score three or more goals in their last three home Bundesliga matches.

Bayer Leverkusen have been on the rise in recent weeks and are now up to third on the table. They are still some way off leaders Bayern Munich but can move to within five points of second placed Dortmund with a win on Sunday.

Gerard Seoane’s men travel to the Signal Iduna Park off the back of two straight Bundesliga wins. They claimed a 5-1 victory over Augsburg in their previous fixture with Moussa Diaby netting a hat-trick.

While Bayer Leverkusen have shown some good form lately, their record on the road remains unconvincing. They have suffered three defeats in their last four away matches across all competitions.

Borussia Dortmund have the upper hand among the bookies at 28/29 with SBK while a victory for Bayer Leverkusen is valued at 11/4 by BoyleSports. A draw is set at odds of 16/5 by bet365.

Borussia Dortmund have won their last two matches against Bayer Leverkusen, including a 4-3 victory in the reverse fixture back in September. They have also won the last five meetings at the Signal Iduna Park.

Erling Haaland has 16 Bundesliga goals this season and has been in good form since returning form injury, with four goals in his last three matches. The striker has also found the net four times in his last two matches against Bayer Leverkusen and is priced at 7/12 with Vbet to once again get on the score sheet.

Patrik Schick failed to find the net last time out against Augsburg but remains the leading scorer for Bayer Leverkusen with 18 goals. The Czech striker was also on target in the reverse fixture and is priced at 33/20 with Unibet to get on the score sheet on Sunday.

There were over 4.5 goals in the reverse fixture and a similar outcome is priced at 11/5 with bet365 while over 3.5 goals is valued at 49/50 by novibet. Both teams have scored in the second half in their last four meetings and could be set for a repeat at 13/10 with William Hill.

Erling Haaland has scored a brace in each of his last three appearances at the Signal Iduna Park and could be tipped to grab two or more goals at 9/4 with Sporting Index.