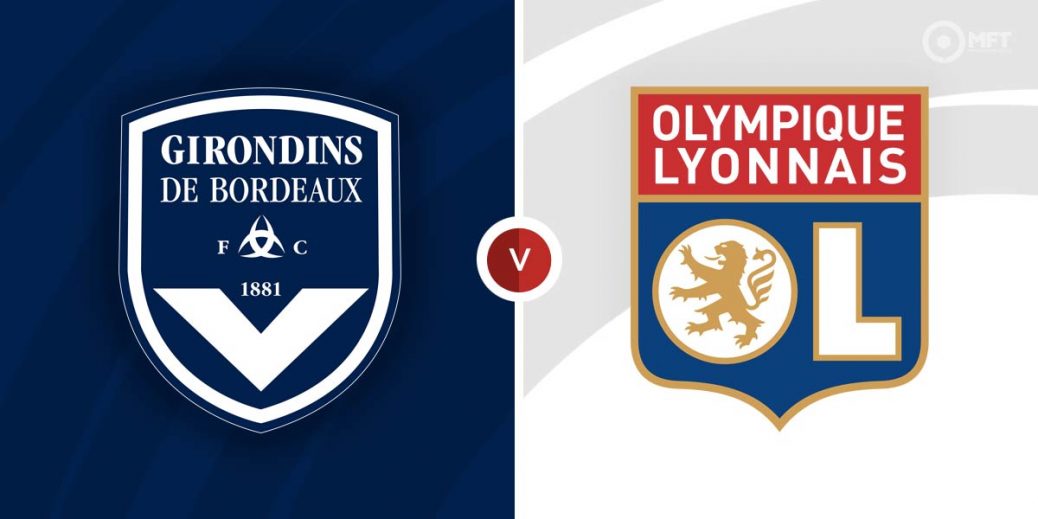 Lyon are looking for a quick upturn in form as they travel to Bordeaux in a French Ligue 1 fixture on Sunday. The hosts are having an even worse time at the moment and Lyon will fancy their chances of gaining the upper hand here.

Bordeaux are desperate to turn their season around having spent much of the campaign in the relegation zone. Sitting just one point from safety, things have looked bleak lately as they are currently on a four-match winless run.

Vladimir Petkovic’s men have lost three times in their last four matches and were beaten 5-2 at Strasbourg in their midweek fixture. They have also found things difficult on their own turf and have lost their last two home matches.

Bordeaux’s struggles this season could be attributed to a vulnerable backline which has conceded the most goals in Ligue 1 this season. Things appear to have gotten worse in recent weeks as they have been breached 13 times in their last four matches.

Lyon have also been on a poor run in recent weeks and are desperate for a turnaround in fortunes. They suffered a 2-1 home defeat to Reims in their midweek Ligue 1 fixture with Karl Toko Ekambi’s second half effort not enough to earn the points.

A major problem for Lyon lately has been inconsistency as they have claimed just three wins from their last eight Ligue 1 matches. Peter Bosz’s men have dropped to 10th on the table and are four points off the European places.

One positive for Lyon is that they have shown some fight on their recent travels. They have won their last two away matches across all competitions and claimed a 1-0 victory over Montpellier in their previous Ligue 1 fixture on the road.

Lyon are overwhelming favourites among the bookies at 8/11 with BoyleSports while an unlikely victory for Bordeaux is valued at 15/4 by bet365. A draw is set at odds of 17/5 with Unibet.

Lyon have the upper hand in this fixture and are unbeaten in their last six matches against Bordeaux. They claimed a 2-1 victory in the last meeting between both teams with Karl Toko Ekambi netting the opening goal.

Hwang Ui-Jo is the top scorer for Bordeaux with five goals and will be the one to watch on Sunday. The striker was on target last time out against Strasbourg and is priced at 7/4 by bet365 to get on the score sheet.

Karl Toko Ekambi was on target last time out against Reims, ending a run of two matches without a goal. The Cameroon striker could be worth considering in the anytime goalscorer market at 6/4 with Paddy Power.

Lyon have seen over 3.5 goals in two of their last three away matches in Ligue 1 and could be set for a similar outcome at 7/5 with Sport Nation. There has been second half BTTS in three of the last five meetings between both teams and a repeat is priced at 7/4 with William Hill.

The second half could also be tipped as the highest scoring half at evens with Skybet.

This French Ligue 1 match between Bordeaux and Lyon will be played on Dec 5, 2021 and kick off at 19:45. Check below for our tipsters best Bordeaux vs Lyon prediction. You may also visit our dedicated betting previews section for the most up to date previews.