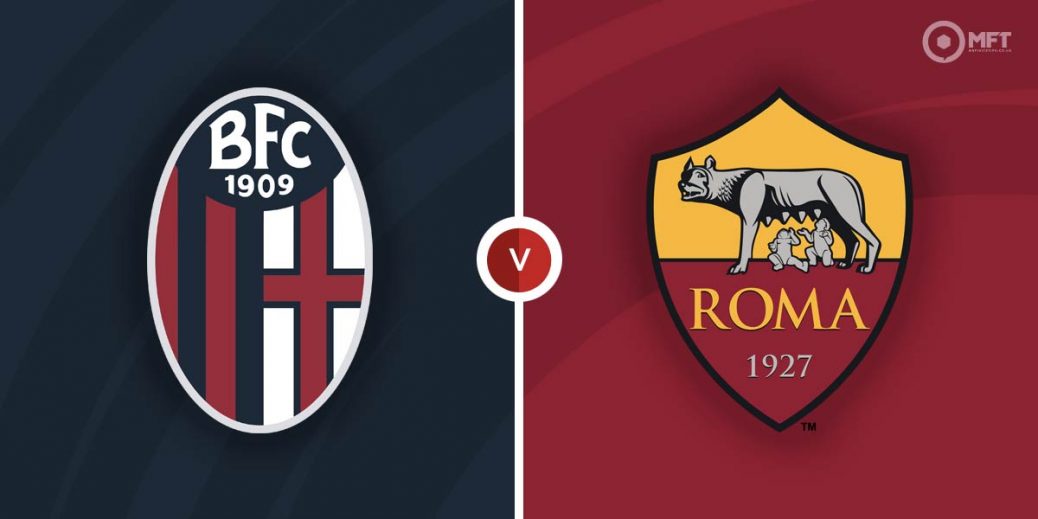 Roma appear to be slowly climbing out of a recent slump and will be looking to extending their fine run when they travel to Bologna in the Italian Serie A.

Bologna are coming off a 1-0 victory over struggling Spezia in their previous Serie A fixture. They were made to work hard for the win and looked to be headed for a frustrating draw before Marko Arnautovic converted a penalty seven minutes from time.

Sinisa Mihailovic’s men have been in good form lately and head into Wednesday’s clash with three wins in their last four Serie A matches. That good run has seen them shoot up the table and are now ninth, level on 21 points with Fiorentina in the final European slot.

A slight problem for Bologna in recent weeks has been their home form as they have lost two of their last three matches at the Stadio Renato Dall’Ara. They were beaten 1-0 by Venezia in their previous fixture in front of their fans.

Roma are easing away from their recent struggles and travel to Bologna off the back of three straight victories across all competitions. They triumphed 1-0 over Torino last time out in Serie A with Tammy Abraham getting the goal.

The capital club’s recent upturn in form appears to have come on the heels of Jose Mourinho reverting back to his trademark defensive solidity. They have now kept clean sheets in their last two Serie A matches having also claimed a 2-0 victory at Genoa prior to the win against Torino.

Roma have also impressed on their recent travels, winning two of their last three away matches in Serie A.

Roma are the favourites among the bookies and are priced at 15/11 by SBK to secure the win. A victory for Bologna is valued at 43/20 with novibet while a draw is set at odds of 13/5 with Unibet.

Roma have the upper hand in recent meetings with four wins in the last five matches against Bologna. They did the double over their rivals last season, winning 5-1 at the Stadio Renato Dall’Ara before a 1-0 victory in the reverse fixture.

Marko Arnautovic has been the man in form for Bologna and has scored six Serie A goals this season. The Austrian striker has also found the net three times in his last four matches and is valued at 21/10 by Betfred to score on Wednesday.

Tammy Abraham’s effort against Torino means he has now scored three goals in his last two appearances in all competitions. The striker could be worth keeping an eye on and is priced at 7/4 with Unibet to find the net.

Bologna and Roma have seen BTTS in four of their last five fixtures and could be set for a repeat at 7/11 with SBK. Two of the last three meetings have produced over 3.5 goals and a repeat is priced at 15/8 with Vbet.

Roma have opened the scoring in their last two Serie A matches and could be backed to score first at 5/6 with SpreadEX.

This Serie A match between Bologna and Roma will be played on Dec 1, 2021 and kick off at 17:30. Check below for our tipsters best Bologna vs Roma prediction. You may also visit our dedicated betting previews section for the most up to date previews.