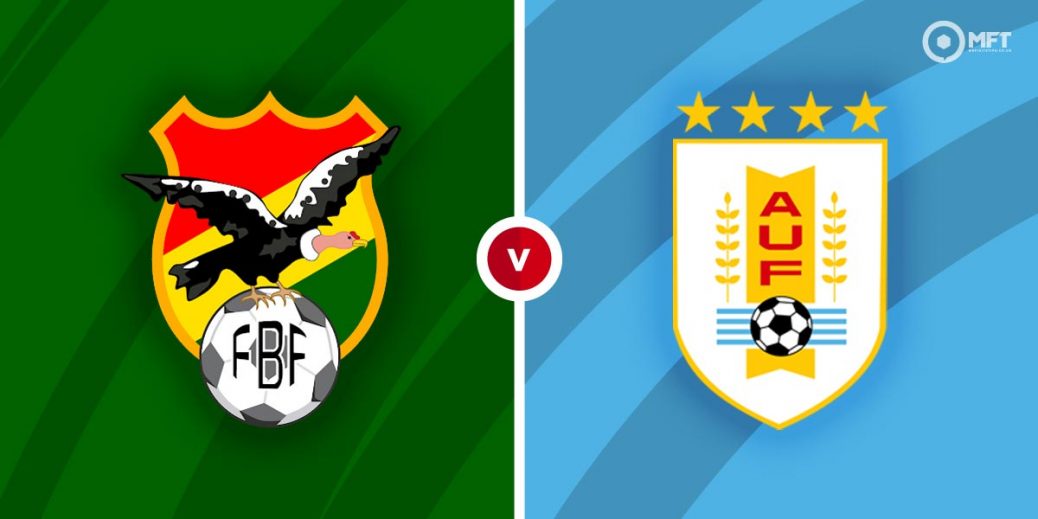 Uruguay are seeking their first win at Copa America as they face Bolivia in their third Group A fixture at Arena Pantanal. The Bolivians are living up to their rating as the whipping boys of the group and should be no match for a Uruguayan team desperate to get of the mark in Brazil.

Bolivia suffered a 1-0 defeat to Chile in their previous fixture in the competition. They were second best throughout the contest and could have lost by more with the Chileans guilty of being wasteful in attack.

Bolivia are considered the weakest team in the group and have done little to shut down the claim after two matches. Several players tested positive for COVID-19 before the tournament while captain Marcelo Martins was handed a one game ban for criticising the organisers.

Bolivia's performances on the pitch have reflected their turbulent preparation. A 3-1 defeat to Paraguay in their opening fixture means Cesar Farias' men have lost their two matches in Brazil and are unlikely to progress to the quarter-finals.

Uruguay were held to a 1-1 draw by Chile last time out at Copa America. They fell behind midway through the first half and needed an own goal from Arturo Vidal to salvage a point.

La Celeste have been far from their best in Brazil but manager Oscar Tabarez will be pleased to finally have a point on the board. They can build on that draw with Chile and will be hoping to take advantage of Bolivia’s many problems.

Despite their poor showing in the competition, the Uruguayans are still expected to reach the quarter-finals with four out of five teams set to progress from the group. However there is a need for serious improvement, particularly with strikers Edinson Cavani and Luis Suarez, who are often key to the team’s success.

The bookies have Uruguay as overwhelming favourites with a win priced at 5/19 by Vbet. A victory for Bolivia is priced at 14/1 by bet365, who are also offering 11/2 for a draw.

Despite their struggles in Brazil, Uruguay are still expected to have too much quality for a poor Bolivia team and should claim a comfortable victory.

Uruguay often come out on top in this fixture with 10 wins from 16 previous matches. Bolivia have been victorious three times while both teams have also played out three draws.

The Uruguayans have won the last two fixtures with the most recent meeting a 4-2 victory during the 2018 World Cup qualifiers.

Bolivia will be banking on returning captain Marcelo Martins, who has scored eight goals in his last 10 international appearances. With the striker leading the line, the Bolivians will be hoping to score at 17/14 with Vbet.

Luis Suarez and Edinson Cavani are key to Uruguay's success and they will be hoping both men can rediscover their scoring touch. They usually combine well in attack and can ensure the Uruguayans score over 1.5 goals at 2/5 with Red Zone.

Uruguay are expected to claim a comfortable victory and could be backed in the -1 handicap market at 8/11 with Skybet. They are also likely to score in both halves at 13/14 with Vbet.

The Uruguayans could also be tipped to win both halves at 7/4 with Red Zone. Having scored four goals in their last meeting against Bolivia, La Celeste could also be picked to score 3+ goals at 6/5 with Skybet.

This Copa America match between Bolivia and Uruguay will be played on Jun 24, 2021 and kick off at 22:00. Check below for our tipsters best Bolivia vs Uruguay prediction. You may also visit our dedicated betting previews section for the most up to date previews.