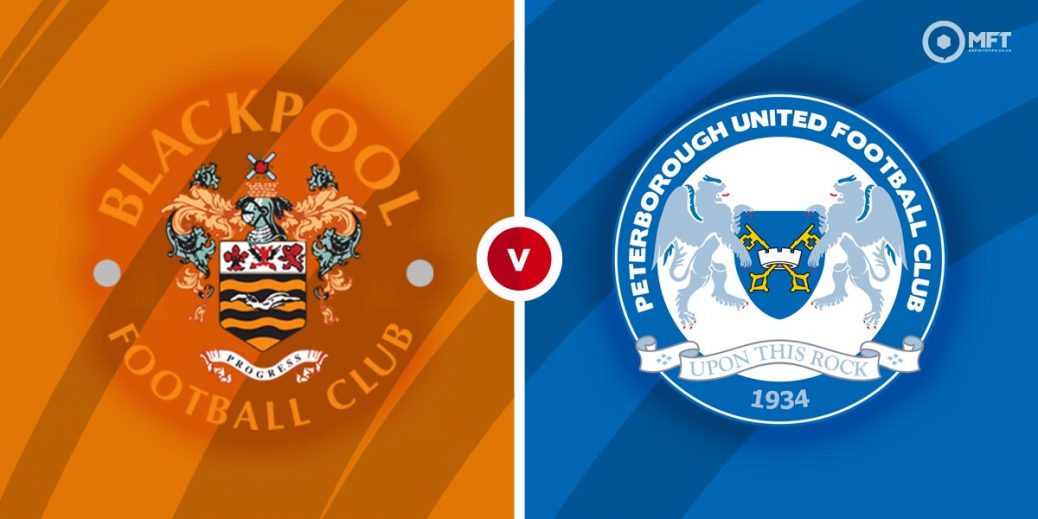 Peterborough United continue their push for promotion with a trip to Bloomfield Road for an English League One clash against Blackpool. They have looked off colour lately and should find things difficult against a Blackpool side driven by a solid defence in recent weeks.

Peterborough are coming off a 3-3 draw at Rochdale in their last League One fixture. They fell behind after taking a two-goal lead through Siriki Dembele and Samuel Szmodics and needed a late penalty from Jonson Clarke-Harris to salvage a point.

Darren Ferguson's men have not been at their best in recent weeks and travel to Bloomfield Road with just one win in their last five matches. However, they still remain second on the table, three points behind leaders Hull City.

The reason for Peterborough's recent struggles is their poor form on the road as they are winless in their last three away matches.

Blackpool were victorious in their last League One fixture as they triumphed 2-0 at Oxford United. Goals in each half from Kenneth Dougall and Daniel Ballard were enough to earn them the win.

The Seasiders are 10th on the table but still in the mix for a playoff finish as they sit just three points behind sixth place Charlton Athletic. They have shown some good form lately and are unbeaten in their last nine League One matches while also drawing their last four home matches.

One of the reasons for Blackpool’s recent form is a solid defensive record. Neil Critchley's men have conceded just three goals in their last nine matches, keeping six clean sheets in that run.

There is little to separate both teams but Peterborough are slight favourites among the bookies with SBK offering 48/29 for an away win. A win for Blackpool is valued at 15/8 by betway while a draw is set at odds of 9/4 by bet365.

Blackpool have a slight edge in this fixture with 13 wins from 28 previous matches. Peterborough have been victorious nine times while there have been six draws between both teams.

The Seasiders claimed a 2-1 victory in the reverse fixture back in November.

Centre backs James Husband and Daniel Ballard have formed a solid defensive partnership for Blackpool, leading the team to six clean sheets in their last nine matches. Both men could be worth keeping an eye on with bet365 offering 9/4 for another clean sheet.

Jonson Clarke-Harris often carries the attacking threat for Peterborough and will be the man tasked with attempting to breach a solid Blackpool defence. He has 22 goals to his name this season and is priced at 6/5 by bet365 to score anytime on Tuesday.

Blackpool’s solid defence means they have seen under 2.5 goals in 10 of their last 11 matches. A similar outcome is valued at 7/10 by Unibet while BetVictor is offering 19/20 on both teams not to score.

This English League Two match between Blackpool and Peterborough United will be played on Mar 23, 2021 and kick off at 19:00. Check below for our tipsters best Blackpool vs Peterborough United prediction. You may also visit our dedicated betting previews section for the most up to date previews.