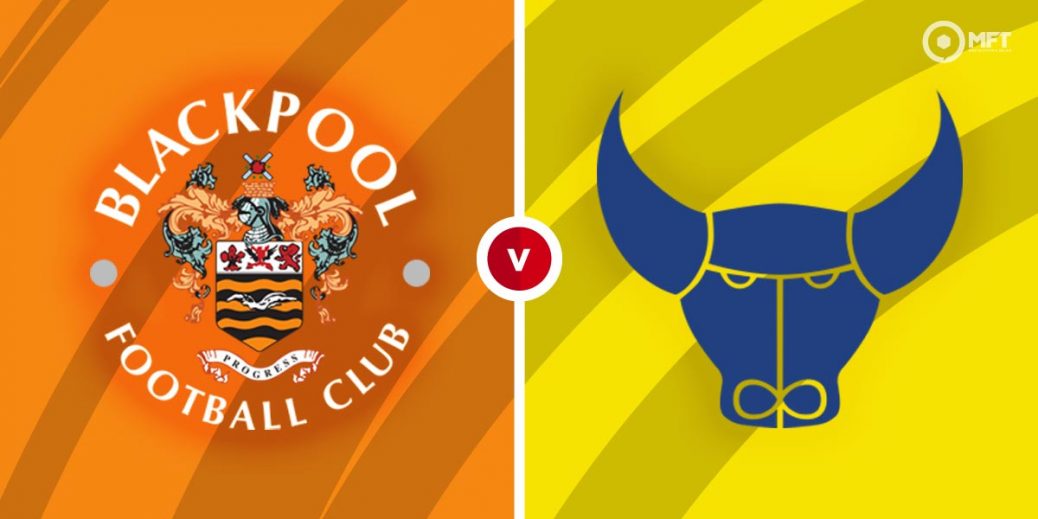 Blackpool hold a commanding advantage as they welcome Oxford United to Bloomfield Road for the second leg of their English League One playoff semi-finals. Having earned a comfortable victory in the first leg and with Oxford depleted at the moment, Blackpool look set for another comfortable victory.

A brace from Ellis Simms helped Blackpool to a 3-0 victory over Oxford in the first leg of this tie. Simms struck his double after Oliver Turton had opened the scoring early in the first half.

With both teams showing similar form heading into the first leg, a closer contest was expected but the Seasiders showed their quality and made it a one-sided encounter. The result means they have now won their last five matches, stretching back to the regular season.

Blackpool’s impressive form in recent weeks has been built on a sturdy defence as they have kept clean sheets in their last five matches.

Oxford were disappointing in the first leg as they failed to build on their superior possession and finished with just one attempt on target. They were also hampered by some poor defending with their backline constantly breached by Blackpool.

The defeat was a demoralising setback for Oxford, who had been in good form lately and were expected to put up a better fight in the first leg. They will now look to pull off an unlikely comeback with manager Karl Robinson speaking about the benefits of being fearless in the second leg.

The problem for Oxford is that they are likely to be without key players for Friday’s second leg with midfielder Cameron Brannagan and striker Sam Winnall limping off injured in the first fixture. They also have a poor record on the road, losing four of their last six away matches.

Blackpool are favourites among the bookies with a home win priced at 11/8 by William Hill. SBK is offering 12/5 for a victory for Oxford United while a draw is set at odds of 5/2 by bet365.

Having won their last five matches, I am leaning towards Blackpool to earn another victory on Friday.

There have been 15 previous matches between Blackpool and Oxford United with both teams claiming six wins each and three draws. The Seasiders have won the last two meetings, keeping clean sheets in both matches.

Ellis Simms has impressed for Blackpool since joining on loan from Everton, scoring 10 goals in 23 matches. He has also found the net five times in his last three matches and is priced at 2/1 by Paddy Power to score anytime.

Oxford will be banking on Jerry Yates to rediscover his scoring touch having found the net 18 times in the regular season. Unibet has the striker at 31/20 to score anytime on Sunday.

Blackpool have kept clean sheets in their last five matches and will be hopeful of a repeat at 2/1 with SpreadEX. A win to nil could also be on the cards at 11/4 with the same firm while a -1 handicap could be considered at 15/4 with BoyleSport.

The Seasiders are also likely to score first at 10/11 at BoyleSport.

This English League One match between Blackpool and Oxford United will be played on May 21, 2021 and kick off at 19:45. Check below for our tipsters best Blackpool vs Oxford United prediction. You may also visit our dedicated betting previews section for the most up to date previews.