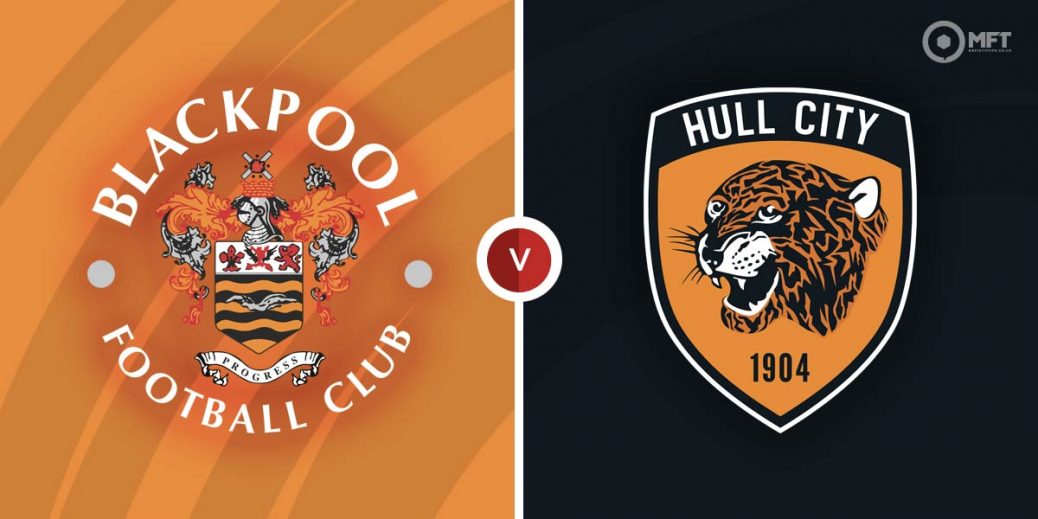 Blackpool and Hull City square off in an English Championship fixture on Saturday as they look to get their campaign back on track. Defending has been a major problem for both clubs lately and goals are predicted in this one.

Blackpool are going through a rough patch and head into Saturday’s clash with just one win from their last 10 matches. That poor run has seen them slip into the bottom half of the table, although they have a healthy lead above the relegation zone.

The Seasiders suffered a 2-1 home defeat to Middlesbrough in their previous Championship fixture. They looked to have earned a draw following Shayne Lavery’s injury time equaliser but somehow managed to concede a late winner.

The manner of the defeat to Middlesbrough points to a defensive problem for Blackpool, who often struggle to keep things tight at the back. Neil Critchley’s men are without a clean sheet in their last six matches, conceding five goals in the last two.

Hull City have not been in action for two match-days as fixtures against Blackburn Rovers and Sheffield United were postponed. Their last outing was a 2-1 defeat at Nottingham Forest as Keane Lewis-Potter’s early opener was cancelled out by the hosts.

The Tigers are attempting to get their campaign back on track and were on a six-match unbeaten run prior to the defeat at Nottingham Forest. Manager Grant McCann will consider that result a massive setback as it leaves them just four points above the relegation zone.

The defeat to Nottingham Forest was also the first in four away matches for Hull City. They will be keen to bounce back quickly but will need to tighten up their backline having conceded five goals in their last three matches.

Blackpool have the edge among the bookies with a home win priced at 23/30 with William Hill. A victory for Hull City is valued at 45/17 by SBK while a draw is also set at odds of 12/5 by Skybet.

Blackpool have an 8-5 advantage with seven draws from 20 previous matches against Hull City. Both teams have drawn their last two meetings, including a 1-1 scoreline in the reverse fixture back in September.

Jerry Yates is the top scorer for Blackpool with seven goals and will be the one to watch on Saturday. The striker has found the net twice in his last three matches and is priced at 11/5 with Unibet to score anytime.

Keane Lewis-Potter often features in attack for Hull City and has scored five goals this season. The forward was on target last time out against Nottingham Forest and could be tipped to score anytime at 3/1 with Unibet.

Blackpool and Hull City have both been on target in their last three meetings and Saturday’s clash could be tipped to follow a similar pattern at 10/11 with bet365. Blackpool have produced over 3.5 goals on two of their last three matches and a repeat is priced at 37/13 with SBK while over 2.5 goals is valued at 11/10 with BetVictor.

All the goals were scored after the break in Blackpool's last Championship fixture so the second half could be tipped as the highest scoring half at 6/5 with Paddy Power.

This English Championship match between Blackpool and Hull City will be played on Jan 1, 2022 and kick off at 15:00. Check below for our tipsters best Blackpool vs Hull City prediction. You may also visit our dedicated betting previews section for the most up to date previews.