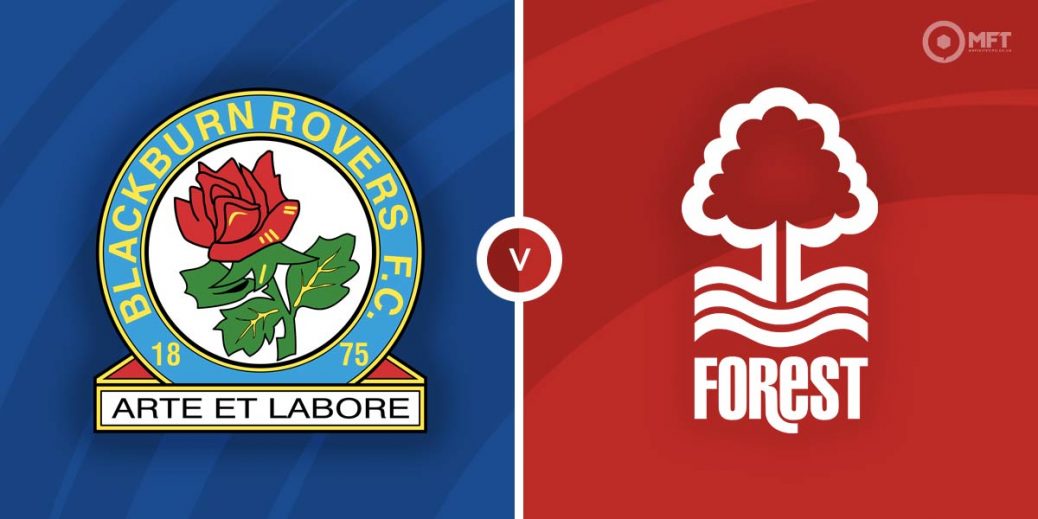 Blackburn Rovers will be looking to snap out of a recent slump as they host in-form Nottingham Forest in a midweek Championship fixture.
Sitting second on the table, Blackburn Rovers are still on course for automatic promotion. They have however looked off colour in recent weeks and head into Wednesday’s clash with just one win from their last four matches.

Blackburn Rovers’ poor form has seen them fail to claim a win or score a goal in their last two Championship matches. Tony Mowbray’s men suffered a 1-0 defeat at Swansea in their previous fixture last Saturday.

One positive for Blackburn Rovers is they have maintained a solid record at home in the midst of the recent slump. They are unbeaten in their last seven matches at Ewood Park, claiming six wins in that run.

Nottingham Forest are in fine form and travel to Ewood Park with five wins from their last six matches across all competitions. Sitting two points behind sixth placed West Bromwich Albion, they are still the mix for a playoff finish.

Steve Cooper’s men are brimming with confidence at the moment following a giant killing run in the FA Cup. They knocked out record winners Arsenal in the third round and claimed a 4-1 victory over holders Leicester City in the fourth round on Sunday.

The one blemish in Nottingham Forest's recent good form is their poor record on their travels. They have claimed just two wins from the last seven matches on the road and suffered a 2-1 defeat at Cardiff City in their previous away fixture.

Blackburn Rovers have the upper hand among the bookies with a home win priced 13/9 with SBK. A victory for Nottingham Forest is valued at 11/5 with betfair while a draw is set at odds of 23/10 with betway.

Blackburn Rovers have a 32-18 advantage with 22 draws from 72 previous matches against Nottingham Forest. Blackburn Rovers also earned a 2-1 victory in the reverse fixture back in August.

Ben Brereton came off the bench last time out at Swansea and is expected to feature from the start on Wednesday. The Chilean striker remains the top scorer for Blackburn Rovers with 20 goals and is priced at 5/4 by Skybet to get on the score sheet.

Lewis Grabban is the top scorer for Nottingham Forest with 12 goals and the obvious goalscorer pick at 11/5 with Unibet. However, on loan forward Keinan Davis has found the net in his last two Championship matches and could be worth keeping an eye on to score anytime at 33/10 with Unibet.

Blackburn Rovers and Nottingham Forest were both on target in the reverse fixture and a repeat could be on the cards at 10/11 with William Hill. Over 2.5 goals can also be considered at 121/100 with Sporting Index while BetVictor is offering 16/5 for over 3.5 goals.

All the goals in the reverse fixture were scored after the break so the second half could be tipped as the highest scoring half at 6/5 with Paddy Power.