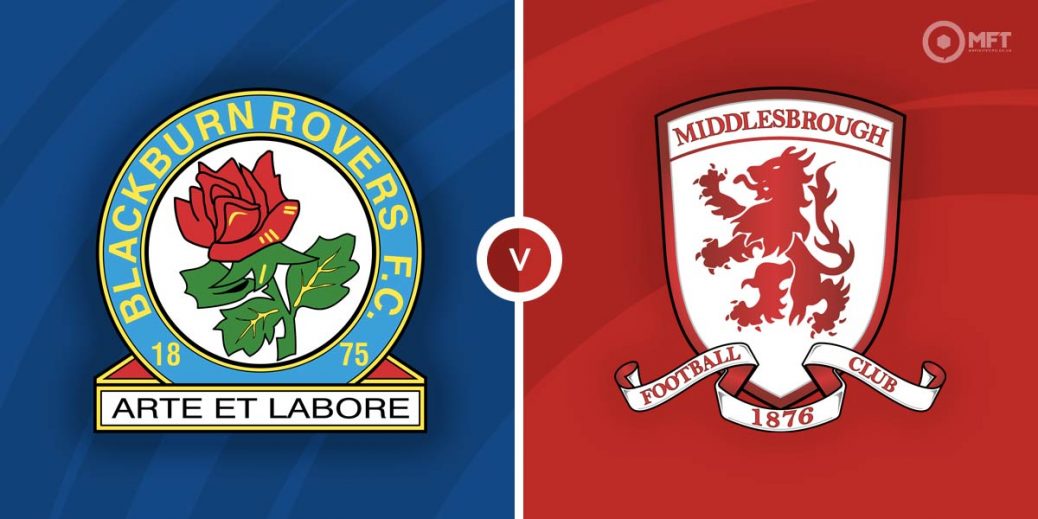 Tony Mowbray's side had been flying themselves with six wins in a row in the league – which is a terrific achievement in this dog-eat-dog level – up until the end of the year.

But a 2-0 defeat at Hull in midweek marked the end of that unbeaten sequence that had stretched from the beginning of November after a disastrous 7-0 home defeat to Fulham.

Mowbray insisted he wouldn't be too critical of his players, but he will want them to bounce back against the Championship's best team in recent form.

Middlesbrough have won five in a row in all competitions and have lost just one game in 11 and are unbeaten in their last eight. They've had impressive wins over Bournemouth and Swansea City in that spell.

Chris Wilder's side even beat Celtic to the signing of Riley McGree, but the Australian international won't make his debut at Ewood Park after being handed a Socceroos call-up.

Blackburn Rovers are level on points, just behind second place Bournemouth and the automatic promotion places on goal difference going into the weekend fixtures, while Boro are sixth and in the play-offs.

Blackburn Rovers are favourites here and are 8/5 with Boylesports. The visitors can be backed at 12/5 with William Hill. SBK go 21/10 for the draw.

The sides were well matched back in August when they drew 1-1 at the Riverside as can be seen below.

It's an incredibly tight fixture – no team has won this game by two goals or more in the last 23 games. Eight of the last 12 games have been drawn.

Chilean international striker Ben Brereton has been in terrific form for Blackburn Rovers this season with 45 per cent of their league goals. He's on 22 for the season for club and country and is 8/5 to score anytime with bet365 which could be value.

On loan Sporting Lisbon striker Andraz Sporar had netted in his previous three games before drawing a blank against Reading in Middlesbrough's last outing. He's 29/10 with Unibet to score on Monday night.

The history of this fixture and the fact both sides have been on excellent runs suggests the draw is the sensible call here. It wouldn't be a disaster if it ended up another stalemate for either side.

Former Rangers midfielder Matt Crooks has seen more yellow cards than any other player in the league with seven so far and another in this tough encounter could come up too. He's 11/5 with bet365 to be cautioned.