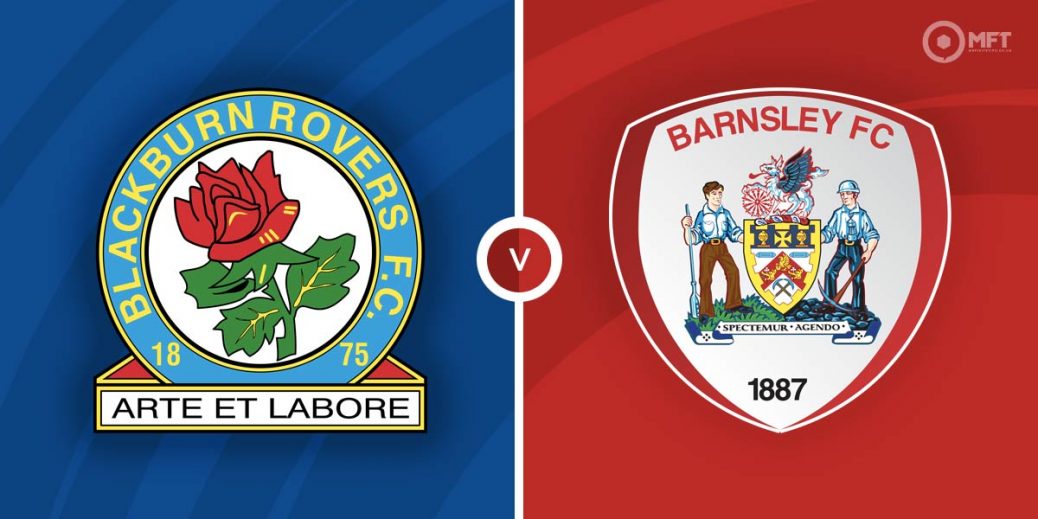 The aim for Blackburn will be to maintain their recent good form as they host Barnsley in a English Championship fixture on Wednesday. Blackburn are one of the most in-form teams at the moment and should have the upper hand over a struggling Barnsley team.

Blackburn Rovers are in good form in the Championship at the moment and have suffered just one defeat in their last 10 matches. Sitting just three points off the leaders, they are not only in the mix for promotion but have also played themselves into contention for the title.

Tony Mowbray’s men have hit their stride and head into Wednesday’s clash off the back of five straight wins. They claimed a 4-0 victory over Birmingham City in their previous Championship fixture with Ben Brereton netting a brace.

Striker Brereton continues to impress in attack and has now scored 19 goals in the Championship this season. However, Blackburn’s recent form has also been partly down to their impressive backline that has kept clean sheets in their last four matches.

While Blackburn Rovers are pushing for the title, Barnsley are battling at the opposite end of the table. They have spent much of the season in the relegation zone and are now seven points from safety.

Barnsley have endured a difficult campaign and have claimed just two wins from their 23 Championship matches this season. They travel to Blackburn winless in their last seven matches and played out a 0-0 draw with West Brom in their previous fixture.

Poya Asbaghi’s men have been hampered by a woeful record on their travels and have failed to claim a single away win this season. They have also suffered six defeats in their last seven matches on the road.

The bookies have installed Blackburn as overwhelming favourites at 7/10 with William Hill while a victory for Barnsley is valued at 23/5 with SBK. A draw is set at odds of 3/1 with Betfred.

Blackburn Rovers have a 7-6 advantage with four draws from 17 previous matches against Barnsley. The reverse fixture ended in a 0-0 draw while Rovers have won the last two meetings at Ewood Park.

Ben Brereton has been excellent for Blackburn lately and heads into Wednesday’s clash with nine goals in his last 10 Championship matches. Vbet has the Chilean striker at evens to score anytime.

While Brereton is delivering the goods in attack, Scott Wharton and Jan Van Hecke have always held their own at the other end of the pitch. Both men can lead Blackburn to a sixth consecutive clean sheet at 11/8 with Paddy Power.

Blackburn Rovers have won to nil in their last five matches and could be set for a repeat at 15/8 with Skybet. Having earned a number of comfortable victories in that run, a -1 handicap for the hosts could also be considered at 15/8 with betfair.

Blackburn have scored in both halves in three of their last four home matches and Wednesday’s clash could be tipped to follow a similar pattern at 17/10 with BoyleSports.

This English Championship match between Blackburn Rovers and Barnsley will be played on Dec 29, 2021 and kick off at 19:45. Check below for our tipsters best Blackburn Rovers vs Barnsley prediction. You may also visit our dedicated betting previews section for the most up to date previews.