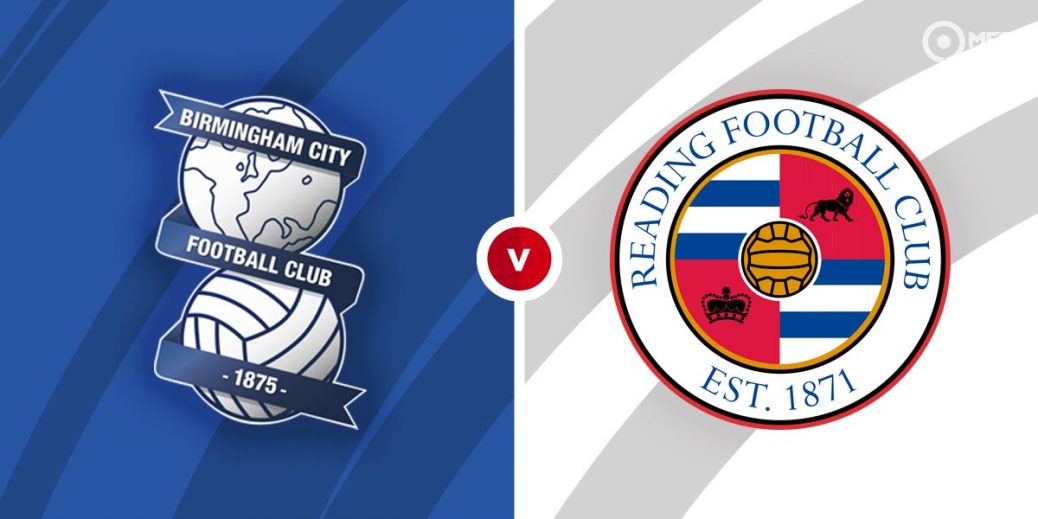 Birmingham City continue their battle against relegation as they welcome Reading to St Andrew’s Trillion Trophy Stadium for a midweek English Championship fixture. The Blues have not been at their best lately and should struggle against the in-form visitors.

Birmingham City were disappointing in their last Championship fixture as they lost 3-0 at home to Bristol City. Scott Hogan hit the woodwork twice for the Blues, who were punished for their defensive errors.

It was the 12th straight home defeat for Birmingham, who have the worst home record in the Championship. They are just three points above the drop zone but have now played four more matches than Rotherham in the final relegation spot.

Reading were held to a 1-1 draw by Nottingham Forest in their previous Championship outing. They fell behind early in the first half and needed a late equaliser from Yakou Meite to salvage a point.

The Royals are still in the mix for a playoff finish as they sit fifth on the table five points above Barnsley just outside the top six. They also still have slim hopes of securing an automatic promotion berth with Watford just eight points ahead in second place.

Veljko Paunovic’s men have been in good form lately and travel to Birmingham with three wins and a draw from their last four matches. They also have a solid record on the road with just one defeat in their last eight away matches.

Reading are favourites among the bookies with William Hill offering 13/10 for a home win. A victory for Birmingham is priced at 5/2 by bet365 while a draw is set at odds of 23/10 by SBK.

Birmingham are out of sorts at the moment, so I am leaning towards a Reading win here.

Birmingham have the slight edge with 14 wins from 31 previous matches. Reading have claimed 12 victories while both teams have battled to five draws.

The Blues triumphed 2-1 in the reverse fixture at the Madejski Stadium. However, Reading ran out 3-1 winners on their last visit to the St Andrew’s Trillion Trophy Stadium.

Scott Hogan is usually the one to watch for Birmingham and the striker is valued at 15/2 by Unibet to score anytime. Fellow striker Lukas Jutkiewicz is also worth keeping an eye on in the same market at 13/2 with bet365.

Lucas Joao is the top scorer for Reading with 18 goals and is priced at 9/2 by bet365 in the anytime goalscorer market.

Striker Yakou Meite could also be worth a punt in the same market at 5/1 with Unibet after making a goalscoring return to the team last time out.

Reading could also be backed to secure a win to nil at 12/5 with Sporting Index while Paddy Power is offering 4/1 for a -1 handicap.

This English Championship match between Birmingham City and Reading will be played on Mar 17, 2021 and kick off at 19:45. Check below for our tipsters best Birmingham City vs Reading prediction. You may also visit our dedicated betting previews section for the most up to date previews.