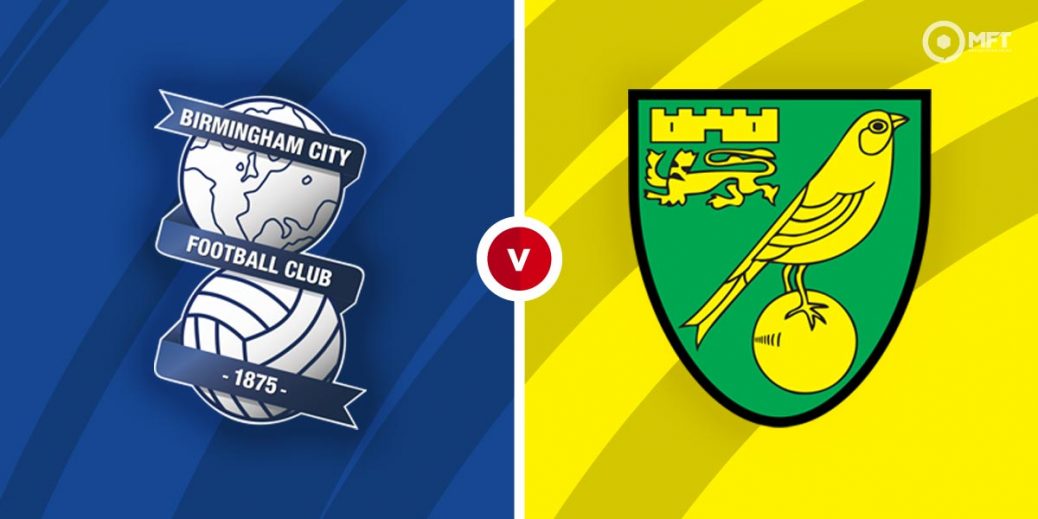 Championship leaders Norwich City test their wits against struggling Birmingham City in a EFL Championship clash at the St. Andrews Trillion Trophy Stadium. Norwich are keen to fend of the chasing pack and will be confident against their relegation threatened hosts.

Norwich City continue to set the pace in the Championship as they sit seven points clear at the top of the table. They head into Tuesday’s match off the back of a 1-0 victory over Rotherham United with Teemu Pukki getting the goal.

The Canaries stumbled a little at the start of February but appear to have gotten their season back on track. They have won their last three matches, including a 2-0 victory against Coventry City in their last away fixture.

As expected Daniel Farke’s men are among the leading scorers in the Championship but crucially have found a way to tighten up at the back as well. They have the third best defence this season and have conceded just once in their last three matches.

Birmingham ended a run of three straight defeats with a 1-0 victory at Sheffield Wednesday last Saturday. Scott Hogan’s effort on 63 minutes was enough to earn them a much needed victory.

The win moved Aitor Karanka's men out of the drop zone as they are now up to 21st on the standings. However, they are not out of the woods just yet with just three points between them and Rotherham, who occupy the final relegation spot.

Birmingham’s struggles this season can be put down to an abysmal home form having failed to win at St. Andrews since November. That run has seen them suffer nine defeats and two draws in 11 matches across all competitions.

The bookies have installed Norwich as favourites in this one with Unibet offering 4/5 for an away win. Birmingham’s poor home form means they are outsiders at 4/1 with SBK while a draw is valued at 3/1 with betway.

With both teams on completely different trajectories at the moment, I am leaning towards a victory for Norwich.

Norwich have the edge in this fixture with 20 wins while Birmingham have 17 victories from 49 previous matches. Both teams have also played out 12 draws including a 2-2 draw in their last meeting at St Andrew’s back in 2018.

The Canaries have been the dominant side in recent meetings having gone six matches without defeat. They claimed a 1-0 victory in the reverse fixture at Carrow Road with Mario Vrancic getting the goal.

Teemu Pukki's 15 Championship goals this season, make him the one to watch for Norwich. The striker is backed at 10/11 by Vbet to score anytime while bet365 is offering 3/1 for him to grab the first goal.

Scott Hogan has scored three goals in his last four matches for Birmingham and could be worth a punt to score anytime at 13/5 with bet365.

Birmingham have seen under 2.5 goals in their last four home matches, so another low scoring contest could be on the cards. SBK is offering 22/23 for Tuesday’s clash to produce under 2.5 goals.

This English Championship match between Birmingham City and Norwich City will be played on Feb 23, 2021 and kick off at 19:00. Check below for our tipsters best Birmingham City vs Norwich City prediction. You may also visit our dedicated betting previews section for the most up to date previews.