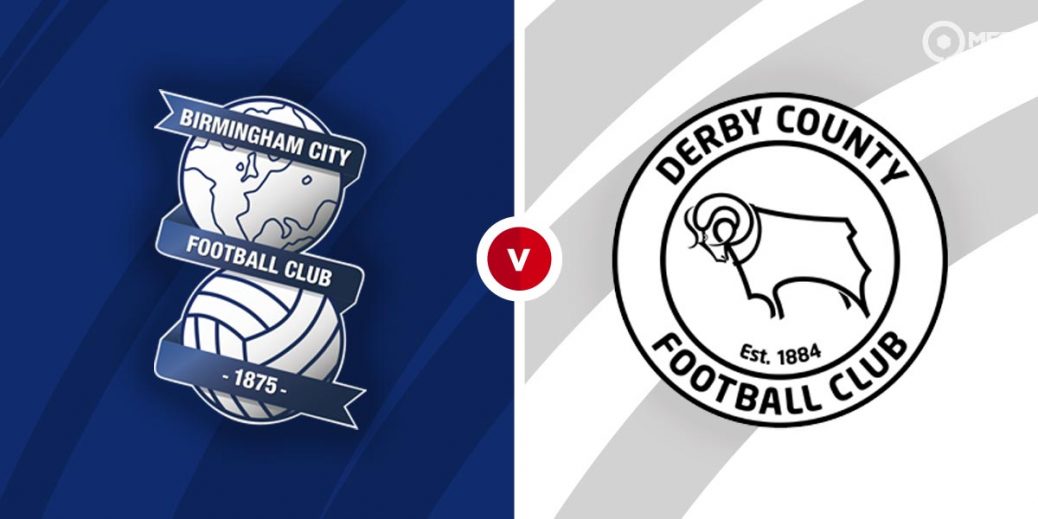 DERBY COUNTY have defied the doom and gloom to make a decent start to the Championship season but will need to dig even deeper to take anything from this trip to Birmingham.

With a series of off-field problems casting a dark shadow over Pride Park, Wayne Rooney's Rams were being tipped for the drop  but they have lost just one of their first five games in the league to sit midtable.

That shows the players are still fighting for Rooney but they are suffering from a lack of firepower, with just four goals scored and three of their games ending in draws.

And the Rams boss admits his wafer-thin squad is struggling to cope with the demands of a gruelling schedule, with Poland winger Kamil Jozwiak ruled out of this one due to international exertions and full-back Craig Forsyth suspended.

That should give Birmingham the edge but they have also lacked firepower  in most of their games, with five of the seven goals they've scored in the Championship so far coming in one match against Luton.

Lee Bowyer has made the Blues more solid at the back, though, and they have conceded just three goals in a promising start to the campaign that sees them sitting eighth in the table.

Birmingham haven't finished higher than 17th for the past five seasons but the signs so far suggest Bowyer's men will improve on that if they keep up this kind of form.

Birmingham are in better form and with home advantage the bookies make them odds-on favourites at a best 93/100 with Novibet. Derby are as big as 19/5 with SBK while the stalemate pays 12/5 at BetVictor.

Birmingham won 2-1 at Pride Park when these sides last faced off but Derby had dominated before that, going nine games without defeat in this fixture. Seven of those matches were victories, including a 4-0 triumph on their last visit to St Andrew's (below).

Troy Deeney was a marquee signing for Birmingham before the transfer window closed and fans will be eagerly anticipating his debut. The former Watford star (below) is 15/8 with Bet365 to score which looks good value if Bowyer throws him in from the start.

Tom Lawrence opened his Derby account for the season by scoring against Nottingham Forest before the international break. His confidence will be up and Lawrence looks a little overpriced at 5/1 with Paddy Power for another goal.

Rooney's pre-match pessimism is more down to frustration than any attempt at mind games so you have to fancy a Blues win here. To boost the odds, doubling a Birmingham victory with a clean sheet pays 15/8 at BetVictor.

Neither team has been lethal in front of goal so far this season, although Derby did play out a 3-3 thriller with Salford in the League Cup that helped bring up a scorer bet for our man Mark.

The bookies don't fancy another goalfest here and under 2.5 goals is just 8/13 at SBK . That's only worth it for accas but betting against BTTS is a little bit better at 8/11 with the same firm.

Birmingham haven't been racking up corners so far this season, winning over five in just one of their seven games. Derby have been averaging six a game so could be worth a punt at 15/8 to win most corners here. Under 8.5 match corners is also worth considering at evens with the same firm.

Former Inverness and Aberdeen star Graeme Shinnie likes a tackle and picked up 10 yellows last season for the Rams. He has yet to be booked this season so could be overdue a card, which is priced 3/1 at Bet365.

This English Championship match between Birmingham City and Derby County will be played on Sep 10, 2021 and kick off at 20:00. Check below for our tipsters best Birmingham City vs Derby County prediction. You may also visit our dedicated betting previews section for the most up to date previews.