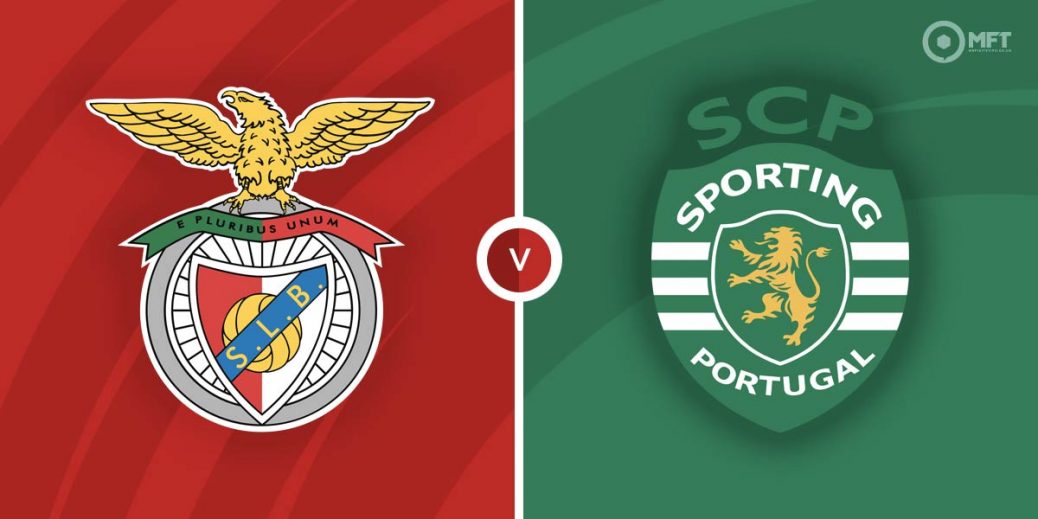 It is the Lisbon derby in Portugal as Benfica host bitter rivals Sporting CP in a Friday night Primeira Liga fixture. The derby is often a feisty affair and with both teams currently in a three-way title fight, Friday’s meeting is expected to be extra intense.

Benfica were in rampant mood in their previous Primeira Liga fixture as they romped to a 7-0 victory over struggling Belenenses. Darwin Nunez netted a hat-trick while Haris Seferovic also added a brace in a comfortable win.

After finishing well behind their rivals in third last season, Benfica have been back to their best this term. They are just one point off the pace in the Primeira Liga and are also in the mix to progress to the knockout phase of the UEFA Champions League.

Jorge Jesus’ men have lost only once in 12 Primeira Liga matches this season and head into Friday’s clash unbeaten in seven of their last eight fixtures across all competitions.

Sporting CP ended a nearly 20-year wait for the Portuguese title last season and appear to have picked up where they left off this term. They are one of two unbeaten teams left in the Primeira Liga and are level at the top of the table with Porto.

Ruben Amorim’s men appear to have taken things up a notch in recent weeks and are currently on an 11 match winning run across all competitions. They claimed a 2-0 victory over Tondela in their previous Primeira Liga fixture with Pablo Sarabia and Paulinho getting the goals.

Sporting CP have also been excellent on their recent travels and have won their last four away matches across all competitions.

The bookies have installed Benfica as favourites with a home win priced at evens with betway. A victory for Sporting CP is valued at 29/10 by Vbet, who are also offering odds of 5/2 for a draw.

Benfica have a 31-19 advantage with 17 draws from 67 previous matches against Sporting CP. Both teams won their home fixture last season with Sporting claiming a 1-0 victory in the first meeting while Benfica triumphed 4-3 in the reverse fixture.

Darwin Nunez and Haris Seferovic have a good understanding in attack for Benfica and will be the ones to watch on Friday. Both men were on target last time out against Belenenses and can ensure the hosts get on the score sheet at 21/100 with Vbet.

Pote carries a major goal from midfield and will be the one to watch for Sporting CP. He has seven goals in his last five matches across all competitions and could ensure the visitors find the net on Friday at 46/100 with Vbet.

Given the attacking quality in Benfica and Sporting CP, BTTS could be on the cards at 5/6 with Vbet. There were over 3.5 goals in the last meeting between both teams and a repeat is priced at 23/10 with Paddy Power while over 2.5 goals is valued at 10/11 with betway.

Both teams have been level at the break in three of their last five meetings and look set for a halftime draw at 11/10 with Vbet.

This match between Benfica and Sporting CP will be played on Dec 3, 2021 and kick off at 19:45. Check below for our tipsters best Benfica vs Sporting CP prediction. You may also visit our dedicated betting previews section for the most up to date previews.