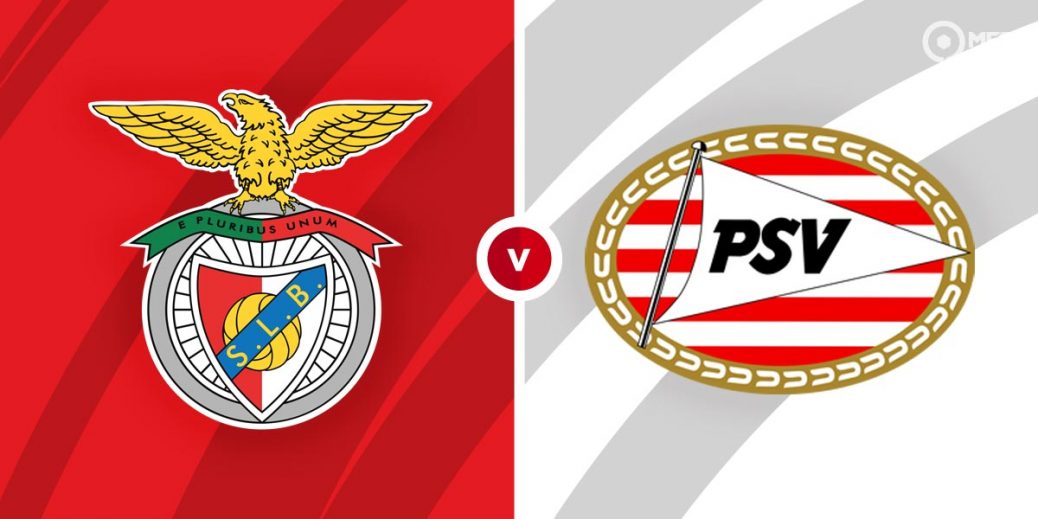 Benfica and PSV Eindhoven square off at Estádio da Luz in the first leg of the UEFA Champions League playoffs. Both teams have shown their attacking quality in recent weeks and look set to produce goals on Wednesday.

Benfica did the double over Russian side Spartak Moscow to secure their place in the Champions League playoffs. They go into Wednesday’s clash with a 2-0 victory over Arouca in the Portuguese Primeira Liga with Lucas Waldschmidt and Roman Yaremchuk getting the goals.

Manager Jorge Jesus appears to have found the right balance with Benfica doing well both domestically and on the continent. They have a 100% record in the Portuguese Primeira Liga and are sitting joint top.

Benfica’s good form has seen them go unbeaten in their last five matches across all competitions. They have also impressed in attack, scoring at least two goals in each of their last their last four matches.

PSV Eindhoven were also comfortable in the previous round as they did the double over Midtjylland for a 4-0 aggregate victory. After claiming a 3-0 home win in the first leg, they travelled to Denmark for a 1-0 triumph.

Roger Schmidt’s men followed up that victory with a 2-0 triumph over Heracles in their opening fixture in the Dutch Eredivisie. That win extends PSV's unbeaten run to 17 matches across all competitions, stretching back to last season.

PSV Eindhoven have won all four of their matches in the Champions League this season, the biggest of which was a 5-1 victory over Galatasaray. Their good form is driven by a good attack that has scored 10 goals in their last four matches with a 4-0 victory over Ajax also in that run.

There have been just three previous matches between Benfica and PSV Eindhoven with both teams claiming one win each and playing out one draw.

Benfica have impressed going forward lately with strikers Lucas Waldschmidt, and Roman Yaremchuk finding the net in recent matches. Benfica have scored in their last six fixtures and could be backed to once again find the net at 21/100 with Vbet.

PSV Eindhoven also have the quality to hold their own in attack with Noni Madueke, Mario Gotze and Eran Zahavi all impressing lately. They have scored in their last seven matches and are priced at 1/3 by Vbet to continue that run.

Benfica and PSV Eindhoven have produced over 3.5 goals in their last three meetings and are priced at 23/10 for a repeat by Paddy Power. Over 2.5 goals is valued at 11/12 with SBK while Sport Nation is offering 14/19 on both teams to score.

Both teams have a habit of finding the net after the break and could be tipped to score in the second half at 9/4 with bet365. With both teams looking evenly matched at the moment a halftime draw could be in the cards at 6/5 with bet365.

This UEFA Champions League match between Benfica and PSV Eindhoven will be played on Aug 18, 2021 and kick off at 20:00. Check below for our tipsters best Benfica vs PSV Eindhoven prediction. You may also visit our dedicated betting previews section for the most up to date previews.