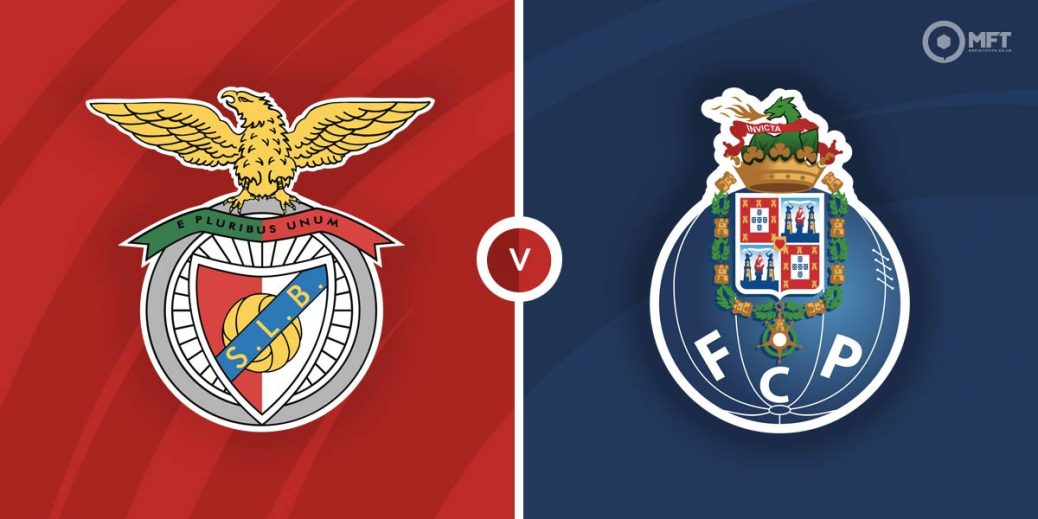 Most of the positions appear to be sorted out in the Portuguese Primeira Liga but Porto still need a point from their final two matches to emerge champions. They travel to Benfica, who are solid at home and both teams are likely to cancel each other out.

Although Benfica earned plenty of praise for their European exploits this season, they have been generally disappointing in the Primeira Liga. They are set to end the season trophyless and have played catch-up to Porto and Sporting CP throughout the campaign.

Benfica have shown some good form as the season draws to a close with three wins and a draw from their last four Primeira Liga matches. A 2-0 victory at Sporting Lisbon is among their results in that run while they also beat Maritimo 1-0 in their previous fixture.

Nelson Verissimo’s men have also been decent at home in recent weeks and are unbeaten in their last six Premeira Liga matches at the Estadio da Luz. However, they have drawn two of the last four matches in that run, including a 0-0 scoreline in their previous fixture in front of their fans.

Porto have been at the top of the Primeira Liga for much of the campaign and are well on course to winning the title. They hold a six-point lead at the summit and a goal difference that is unlikely to be overturned by Sporting CP in second.

Sergio Conceicao’s men earned a 4-2 victory over Vizela last time out in the Primeira Liga but their title celebrations were delayed thanks to Sporting’s win over Gil Vicente. As it stands, Porto need just one point from their final two fixtures to emerge champions.

Porto have been generally good travellers this season, losing just once on the road so far. However, that defeat came in their previous away fixture as they were beaten 1-0 at Sporting Braga.

Porto have the slight edge among the bookies and are priced at 29/20 by Coral to claim the win on Saturday. A victory for Benfica is valued at 17/10 by Betfred while SBK is offering odds of 27/11 for a draw.

Recent meetings have gone Porto’s way and they are unbeaten in the last seven matches against Benfica, claiming five wins in that run. They also triumphed 3-1 in the reverse fixture back in January but the last meeting at the Estadio da Luz ended in a 1-1 draw.

Once again Darwin Nunes will be the one to watch for Benfica as he looks to improve his tally of 26 Primeira Liga goals. The striker is often assisted by Roman Yaremchuk and Goncalo Ramos and all three men can ensure the hosts find the net on Saturday at 2/9 with Paddy Power.

Porto are among the top scorers in the Primeira Liga this season, led by Mehdi Taremi, who has found the net 20 times. Fellow attacker Evanilson has also impressed with 14 goals and both men can get Porto on the score sheet on Saturday at 1/6 by Paddy Power.

Benfica and Porto boast plenty of quality in attack and are likely to produce goals on Saturday. Over 3.5 goals is valued at 19/10 by Unibet while SBK is offering odds of 5/7 for over 2.5 goals.

Both teams were on target after the break in the reverse fixture and Saturday’s clash could be tipped to follow a similar pattern at 45/23 by SBK. This also means the second half could be picked as the highest scoring half at evens with Paddy Power.

This match between Benfica and Porto will be played on May 7, 2022 and kick off at 18:00. Check below for our tipsters best Benfica vs Porto prediction. You may also visit our dedicated betting previews section for the most up to date previews.