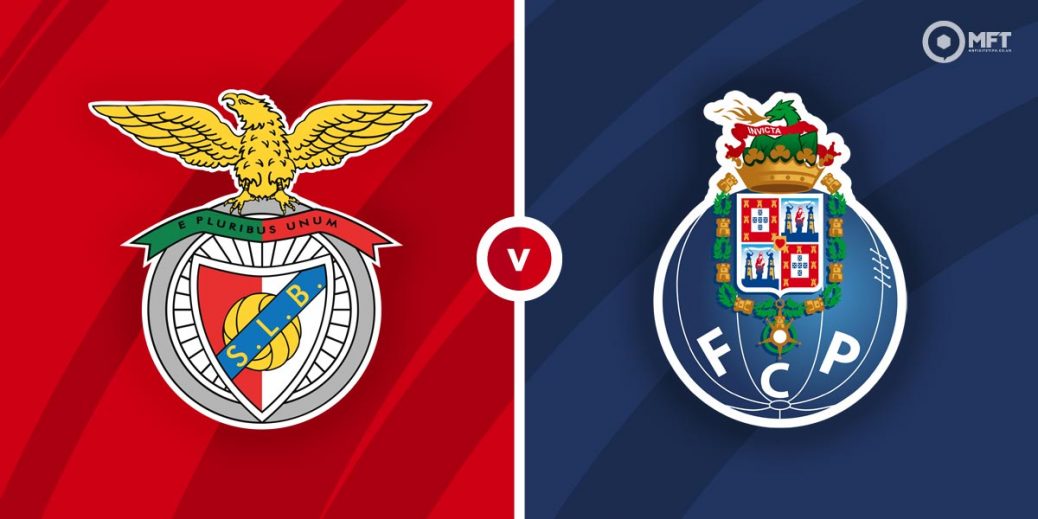 It's a heavyweight battle in the Portuguese Primeira Liga as Benfica host champions FC Porto at the Estadio do Sport Lisboa e Benfica. Both teams have been in good form lately as they play catch-up to Sporting CP and are likely to cancel each other out for a draw.

First half goals from Luis Pizzi and Everton helped Benfica claim a 2-0 victory at Tondela last time out in the Primeira Liga. They were largely untroubled throughout the contest and could have won by more with Haris Seferovic missing a few chances late on.

Benfica maintain slim hopes of winning the Primeira Liga title as they sit third on the table, 10 points off the pace with four matches left to play. However, the current focus for manager Jorge Jesus will be overtaking second place Porto in race for automatic qualification for the Champions League.

Benfica head into Thursday’s clash in good form with nine wins in their last 10 Primeira Liga matches. They are often prolific in attack with a 5-1 victory over Portimonense and a 5-0 triumph at Paços de Ferreira among their results in that run.

Porto were also victorious in their previous Primeira Liga fixture as they triumphed 3-2 at Famalicao. They were made to work hard as Toni Martinez's early opener was cancelled out before Mehdi Taremi and Marko Grujic added further goals in the second half.

It was a good way to bounce back following a 1-1 draw at Moreirense in their previous fixture. The result keeps them in second, six points off leaders Sporting CP but they must also be weary of Benfica who are just four points behind and breathing down their neck.

Like their hosts, Porto have also been in good form in recent weeks with eight wins in their last nine Primeira Liga matches. Sergio Conceiçao's men have also shown their quality in attack, scoring five goals in their last three matches.

Benfica are slight favourites heading into Thursday’s match with SBK offering 13/9 for a home win. A victory for Porto is priced at 21/10 by bet365 while a draw is set at 12/5 by William Hill.

Both teams look evenly matched at the moment and should battle to a draw.

Porto have a 34-16 advantage from 65 matches against Benfica. There have been 15 stalemates between both teams, including a 1-1 draw in the reverse fixture back in January.

Haris Seferovic is the top scorer in the Primeira Liga with 18 goals and could be the one to watch for Benfica. Bet365 has the striker at 7/4 in the anytime goalscorer market.

Porto also have quality in attack with striker Mehdi Taremi scoring 13 goals this season while midfielder Sergio Oliveira has found the net 12 times. Taremi is priced 11/5 to score anytime by bet365, who are also offering 5/2 on Oliveira in the same market.

Porto saw over 4.5 goals in their last fixture and a similar outcome is valued at 7/1 by BetVictor. The same firm has over 3.5 goals at odds of 13/5, over 2.5 goals is priced at evens by bet365 while Sport Nation is offering 4/5 on both teams to score.

There are also likely to be goals in both halves at 20/23 with BoyleSport while the second half could be picked as the highest scoring half at 5/4 with Red Zone.

This match between Benfica and FC Porto will be played on May 6, 2021 and kick off at 18:30. Check below for our tipsters best Benfica vs FC Porto prediction. You may also visit our dedicated betting previews section for the most up to date previews.