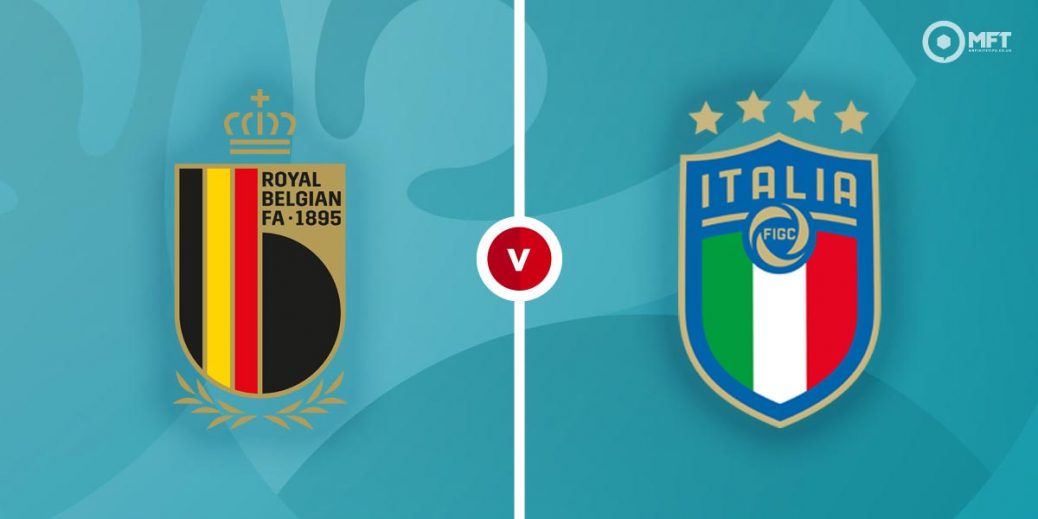 SOMETHING has to give in Munich as Italy and Belgium put their excellent group displays on the line with the prize a place in the Euro 2020 semi-finals to play either Switzerland or Spain.

While both sides cruised through their group with 100 per cent records, it was all rather different for them both in the Round of 16. Belgium just edged out European champions Portugal in an edgy 1-0 win, while Italy needed extra time to finally break the resistance of Austria, who also saw a late goal ruled out in normal time.

Belgium go into this game with a couple of serious injury blows too after Kevin De Bruyne was taken off with an ankle injury and captain Eden Hazard limped off with a hamstring strain. Both aren't expected to make it and that is a setback for the Belgians.

However, Italy were a long way from firing on all cylinders with the usual excellent strike partnership of Ciro Immobile and Lorenzo Insigne both oddly off-form.

It all points to a fascinating contest in Germany.

The money has come for the Italians because of Belgium's injury struggles. Italy are now 7/5 favourites with William Hill's. Belgium can be backed at 12/5 with Unibet and the draw in 90 minutes is 21/1- with 888sport. To qualify, Tonybet has Italy at 13/20 and Belgium at 5/4.

Belgium hasn't defeated Italy since 1972. Their last meeting came at Euro 2016 when the Azzurri won 2-0 in Lyon as can be seen below.

Romelu Lukaku wasn't at his best against Portugal, but he continues to be Belgium's biggest threat. He is on three goals for the tournament and is certainly backable at 9/4 with Unibet.

As stated, Ciro Immobile turned in his first disappointing performance of the tournament against Austria, but he can be forgiven for that blimp and is 2/1 to get back to scoring ways against Roberto Martinez' side.

In a real heavyweight contest, the value for this could lie with the Belgians. The market appears to have reacted to their injury problems, which is understandable, but they are stuffed full of talent in their squad.

The Italians looked swashbuckling in their group games, but it was alarming how quickly they tan out of ideas against the Austrians and Belgium would have taken plenty of encouragement from that. In Lukaku they have the best striker at the tournament and he could be key to unlocking the Italy defence.

As an outsider, look at Italy's Manuel Locatelli for Man of the Match. He was bizarrely dropped against Austria after being excellent in Italy's two opening games and made a big difference when he came on at Wembley.. He's 14/1 with bet365.

This Euro 2020 match between Belgium and Italy will be played on Jul 2, 2021 and kick off at 20:00. Check below for our tipsters best Belgium vs Italy prediction. You may also visit our dedicated betting previews section for the most up to date previews.