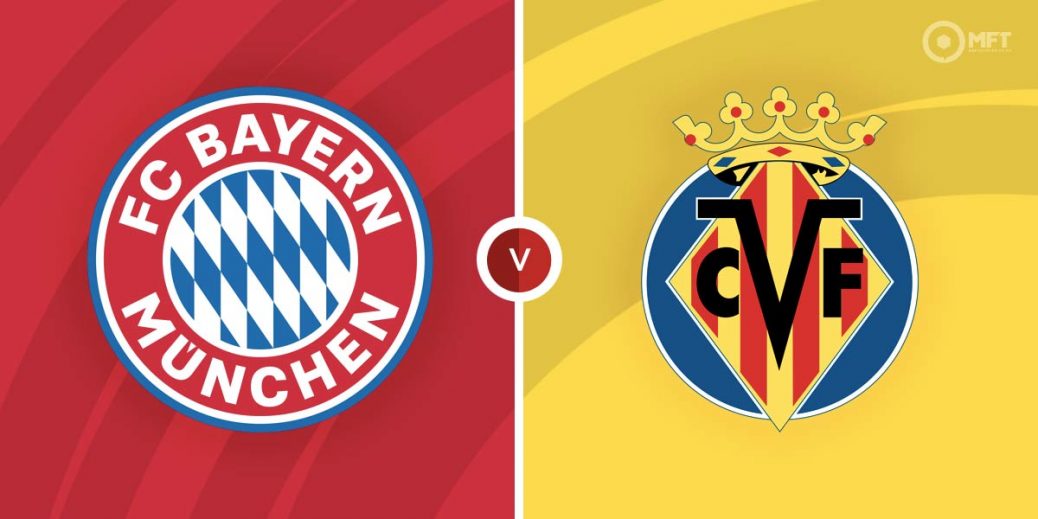 BAYERN MUNICH had to endure a fair chunk of criticism after their unusually timid quarter-final, first leg defeat at Villarreal last week.

But that will be nothing if they don't bounce back from their shock 1-0 loss in Spain and wipe out the deficit to get them into the semi-finals.

Villarreal once again reached new heights in Europe with a fantastic win against the Bavarians before reverting to type and only drawing in their weekend La Liga clash at home to Athletic Bilbao.

For a side in seventh place in La Liga, Unai Emery's men have consistently punched above their weight in this competition. Bayern will be well aware that Villarreal went to Italy in the last round and wiped the floor with Juventus in a stunning 3-0 success in Turin.

However, Bayern have previous for bouncing back too. In the last round, they produced an equally insipid display in Austria in the first leg where they required a last gasp leveller to avoid defeat. But they battered Red Bull Salzburg 7-1 at the Allianz Arena.

So it's a fascinating clash between the might of Bayern and the shock troops of Spain.

The German champions are 2/5 to qualify with William Hill and Villarreal 9/4 with 888sport.

Last week's clash in Spain was their first ever meeting and, as can be seen below, the hosts stunned Bayern by defeating them 1-0.

Bayern made heavy work of beating Augsburg at the weekend and required a late penalty from guess who, Robert Lewandowski for 52nd goal of the season for club and country. He's as short as 2/5 to score anytime, but the 41/20 on him being first scorer with Unibet is a bit more acceptable.

Dutch hitman Arnaut Danjuma netted the only goal in the first leg. And the former Bournemouth striker, who has 15 goals already this season. He's 3/1 to score with Unibet.

Villarreal have had a fantastic run, but it's hard to see anything that Bayern cruising through here. They are too short to back on their own, but given the visitors have scored in ten of their 11 games in Europe this season, the obvious punt is a Bayern win and both teams to score at 31/20 with Coral.

Robert Lewandowski is as usual extremely short to score anytime, but given you would expect Bayern to take the lead here, the 41/20 on him being first scorer with Unibet has to be taken on.

Bayern were four goals up by half time in the last round against Salzburg and you should expect a fast start here too. Try bet365's 7/4 for over 1.5 first half goals and Bayern to lead at the break.

This UEFA Champions League match between Bayern Munich and Villarreal will be played on Apr 12, 2022 and kick off at 20:00. Check below for our tipsters best Bayern Munich vs Villarreal prediction. You may also visit our dedicated betting previews section for the most up to date previews.