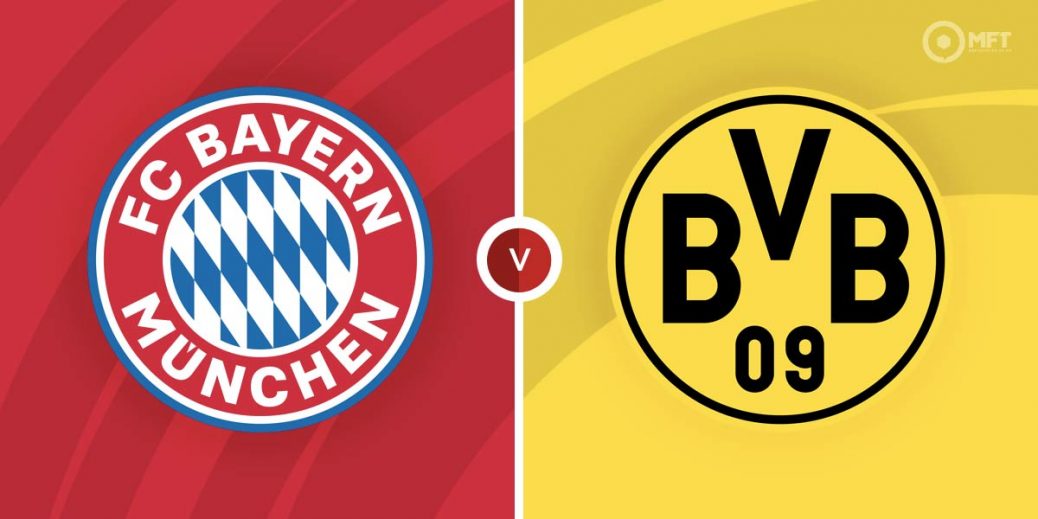 It is a clash of the top two as Bayern Munich host Borussia Dortmund in a German Bundesliga fixture on Saturday. Although Dortmund have the quality to make things difficult, the Allianz Arena remains a stronghold for the champions, who are just one win away from retaining the title.

It has not been a typically dominant campaign for Bayern Munich as they crashed out early in both the DFB Pokal and UEFA Champions League. Although the Bundesliga champions have looked a bit unconvincing at times, they have led the league throughout the season and are now one win away from the title.

Bayern Munich head into Saturday’s clash off the back of four straight Bundesliga victories, conceding just once in that run. Julian Naglesmann’s men claimed a 3-0 victory over Arminia Bielefeld in their previous fixture with Serge Gnabry and Jamal Musiala among the goals.

Bayern Munich have won eight of their last 10 Bundesliga home matches and beat Augsburg 1-0 in their previous fixture in front of their fans.

Borussia Dortmund have played catch-up to Bayern Munich for most of the campaign. They are currently nine points off the pace and having crashed out of Europe and the DFB Pokal, look set to end the season without any silverware.

Dortmund have been erratic in recent weeks and are only just recovering from a 4-1 home defeat to RB Leipzig. They have won their last two Bundesliga matches, including a 6-1 victory over Wolfsburg in their previous fixture.

Although they claimed a 2-0 victory over Stuttgart in their previous outing on the road, Dortmund have not been convincing away from home lately. That was only their second win in five away matches having failed to get past the likes of Augsburg and Cologne in that run.

It may be the battle of the Bundesliga’s top two but Bayern Munich are considered overwhelming favourites among the bookies at 7/17 with 10bet. A victory for Borussia Dortmund is valued at 6/1 by William Hill while a draw is set at odds of 23/5 with SBK.

Bayern Munich have dominated recent matches against Borussia Dortmund, winning the last seven meetings. The champions have already beaten Dortmund twice this season, winning 3-1 in the German Super Cup back in August before triumphing 3-2 in the reverse fixture in December.

Robert Lewandowski failed to get on the score sheet last time out but his goals have been pivotal to Bayern Munich’s campaign. The Polish striker is the Bundesliga top scorer with 32 goals and is priced at 4/9 by BetVictor to score anytime on Saturday.

Erling Haaland netted a brace last time out on his return to Dortmund following a spell on the sidelines with injury. The striker was also on target in the reverse fixture and is priced at 13/10 by Betfred to find the net at the Allianz Arena.

Bayern Munich and Dortmund are two of the most prolific teams in the Bundesliga and their last five meetings have produced over 3.5 goals which is priced at 4/6 with William Hill. Bayern are expected to come out on top and given the minimal odds for a straight victory, a win and over 3.5 goals should add more value at 6/5 with Paddy Power.

There have been second half goals for both teams in their last five meetings and a repeat is priced at 24/19 by SBK. Robert Lewandowski has grabbed the opening goal 13 times this season and could be backed to score first on Saturday at 21/10 with bet365.