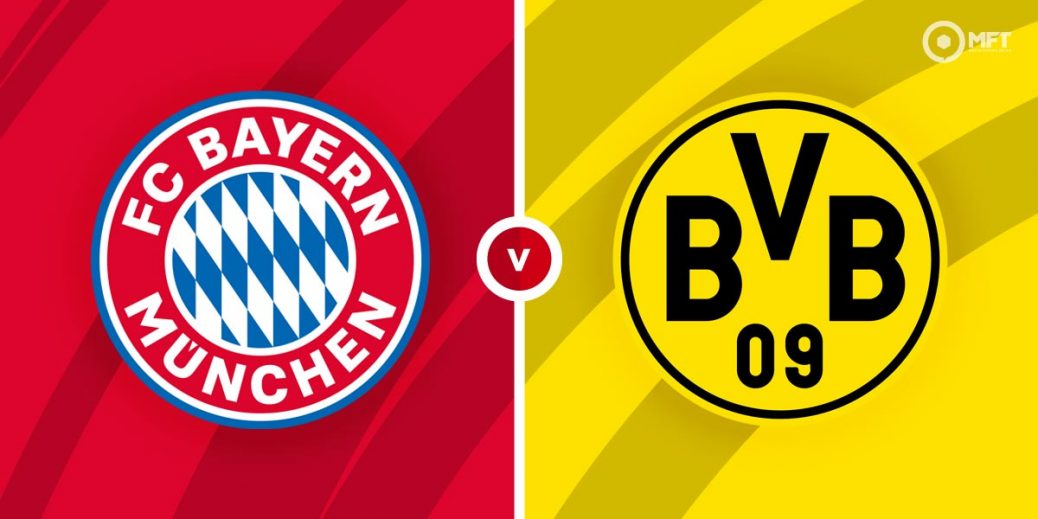 GERMANY'S Der Klassiker will take centre stage on Saturday night as Bayern Munich welcome bitter rivals Borussia Dortmund to Bavaria.
With Bayern going for their own nine-in-a-row Bundesligas and Dortmund desperately trying to ensure Champions League football for next season, there will be plenty of plots and sub-plots to add to the spice.
Dortmund's surprise Champions League win at Sevilla appears to have kickstarted their season and they've won four in a row including that game. However, they have that tricky second leg coming up right after this, with Bayern having the week off.
With 13 points separating the sides and home advantage for Hans-Dieter Flick's side, it seems set up for a Bayern triumph, but their in-form visitors will be desperate to take something and, of course, they have the added bonus of having Erling Haaland in their ranks.

Hosts Bayern are favourites at the Allianz Arena and are strong odds-on favourites across the board. They are 3/5 with TonyBet, with Dortmund 41/10 with SBK and the draw is 18/5 with McBookie.com.

Bayern have beaten Dortmund twice this season 3-2 in the Bundesliga and German Super Cup. They also massively have the upper hand recently against their old rivals. In the last four seasons, the sides have played on 11 occasions and Dortmund have only won twice.

This will be billed as a Robert Lewandowski v Erling Haaland showdown and it's not hard to see why. The Pole netted his 36th goal in 36 games this season for club and country with a double in their last game against Cologne. In Bayern's last 16 games, he scored in 13 of them and scored a phenomenal 19 goals!
Haaland is ‘only' on 33 goals in 32 games for club and country so what a battle this should be.
But the 4/11 with bet365 for Lewandowski to score anytime is surely a record for the shortest price ever! Haaland is evens with Paddy Power.
Bayern strike partner Eric Maxim Choupo-Moting is a more palatable 13/8 with Skybet.

Bayern are the overs kings – 21 of their last 25 games have seen over 2.5 goals. They are top scorers in the Bundesliga by a remarkable 19 goals in just 23 games and their nearest rivals are….Dortmund. But they are only sixth best at goals conceded and it stands to reason with Lewandowski and Haaland in the side, it's unlikely to finish goalless.
As you would expect, this is not news to the bookies and both teams to score is just 1/3 generally, while over 2.5 goals is a best-priced 1/3 with Hill's. Even over 3.5 goals is odds-on at best with the 4/5 offered by SportNation. With goals seemingly guaranteed, 2/1 on both teams to score in the first half with bet365 could land.
So a Bayern win and both teams to score at 6/4 with bet365 is certainly a player.
In the last six meetings between the sides the bookings counts, perhaps surprisingly, has never gone above four and there was only one yellow card in the September meeting, so with cards set high, going low could be the shout.