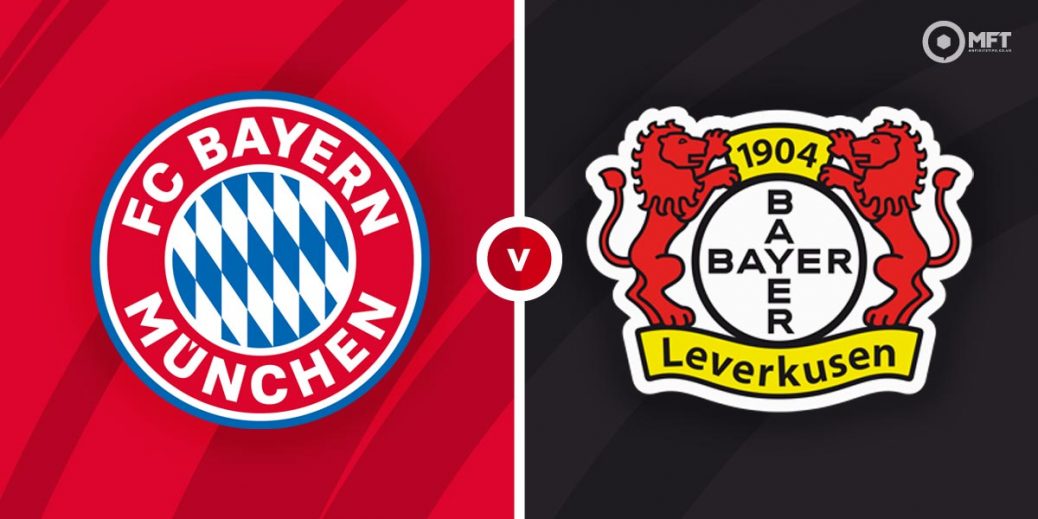 BAYERN MUNICH appear to be in some kind of managerial crisis off the pitch, but they are very much expected to make it business as usual on the pitch when Bayer Leverkusen visit on Tuesday.

The Bavarian giants have become embroiled in an astonishing dispute with their own manager, Hansi Flick, about whether or not he will be leaving the Allianz Arena at the end of the season.

Bayern announced they ‘disapprove' of Flick's intentions and it's all turned into a bit of a circus unbecoming of a club of Bayern's standing, but very much in keeping with their FC Hollywood nickname.

Yet their weekend win at Wolfsburg, coupled with RB Leipzig's draw saw them surge seven points clear with five games left and it looks a case of when, not if, they are crowned champions for the ninth time in a row.

It's an important game too for their visitors with Leverkusen currently in the European places and on a decent run of form.

Despite the off-field issues, Bayern are still huge favourites and are a best-priced 2/5 with BetVictor. The visitors are 13/2 with Willian Hill's and the draw can be backed at 39/10 with Tonybet.

Bayern had to come from behind to win in a clash ahead of Christmas at the Bay Arena after Patrik Schick had given the hosts the lead. Robert Lewandowski netted a double, including an injury time winner to hand Bayern the three points.

Leverkusen did win 2-1 in Bavaria last season though.

With Lewandowski again unlikely to make it back in time from injury, it could be worth looking at Jamal Musiala, who netted a double against Wolfsburg at the weekend. He also scored in their last league game against Union Berlin and is 5/4 with bet365 to score anytime.

Czech striker Patrik Schick has 14 goals for club and country in 33 appearances this season including one against Bayern already this season. He's 11/4 to score anytime with bet365.

Remarkably, Leverkusen have conceded six fewer goals this season than Bayern and the two goals they conceded at the weekend meant the hosts have only the fifth best defence in the league.
We backed Bayern to win and both teams to score at the weekend and they've managed to keep just two clean sheets in their last nine league games.

The 29/20 with BetVictor for a Bayern win and BTTS has a chance as always, especially as Bayern have conceded 19 goals in 14 home league games and 75 per cent of their games have finished with both teams scoring.

A remarkable 40 per cent of their games finish above 3.5 goals too so the Bayern to win and over 3.5 goals is always a player too at 6/4 with Paddy Power.