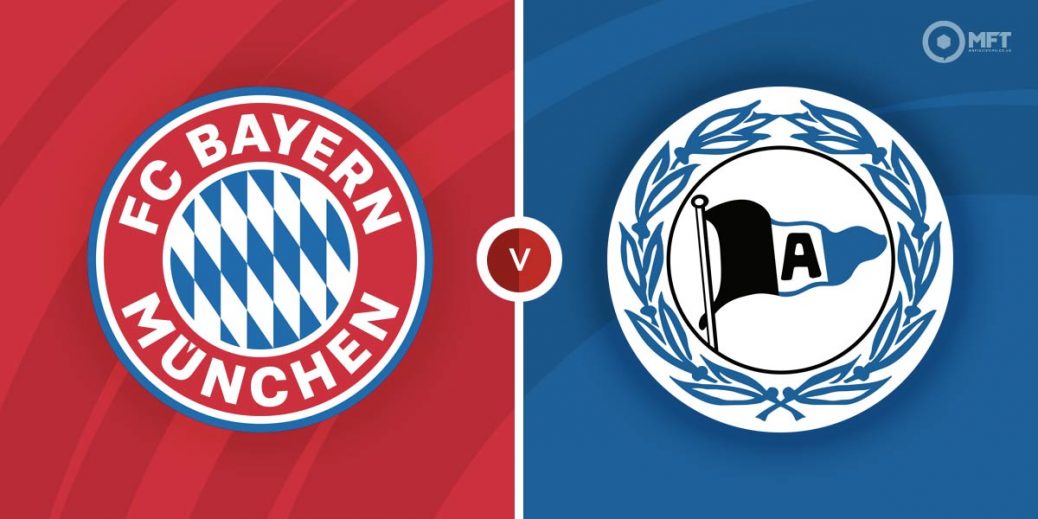 Following a disappointing defeat to Augsburg, Bayern Munich will be looking to get back on track when they host Arminia Bielefeld. The visitors are struggling near the bottom of the table and should be no match for the champions.

Bayern Munich are still top of the Bundesliga standings but have not been as dominant as they would like. They suffered a surprise 2-1 defeat to Augsburg last time out and now hold only a one-point lead on the chasing pack.

Julian Naglesmann’s men made amends for that defeat by claiming a 2-1 victory over Dynamo Kiev in the UEFA Champions League.
Bayern Munich have maintained a good record at the Allianz Arena, winning seven of their last eight matches across all competitions. They tend to claim one sided victories on their own turf with a 7-0 victory over Bochum and a 4-0 triumph over Hoffenheim among their recent results.

Arminia Bielefeld are one of the worst teams in the Bundesliga this season and have spent much of the campaign in the relegation zone. They have claimed just one win in 12 matches this season and are only above Greuther Furth, who are the only winless team left.

Frank Kramer’s men were held to a 2-2 home draw by Wolfsburg in their previous Bundesliga fixture. They threw away a two goal lead as efforts from Masaya Okugawa and Fabian Klos were cancelled out by the visitors.

Arminia Bielefeld have a poor record against the top sides in the Bundesliga and have already suffered some heavy defeats this season. They were beaten 3-1 by Borussia Dortmund and also lost 4-0 to Bayer Leverkusen.

The bookies have Bayern Munich as overwhelming favourites with a home win priced at 11/100 with novibet. An unlikely victory for Arminia Bielefeld is valued at 35/1 by betfair while a draw is set at odds of 12/1 with SBK.

Bayern Munich often come out on top in this fixture and have won five of their last six matches against Arminia Bielefeld. Both teams battled to a 3-3 draw in their last meeting back in May.

Robert Lewandowski has 14 goals in 12 Bundesliga matches this season and will be the one to watch for Bayern Munich. Six of those goals have been the opener and the striker could be priced to score first on Saturday at 15/8 with bet365.

Fabian Klos and Masaya Okugawa have three goals each this season for Arminia Bielefeld and were both on target last time out against Wolfsburg. Okugawa is priced at 10/1 by Skybet to score anytime while Betfred is offering 5/1 on Klos in the same market.

The last two matches between Bayern Munich and Arminia Bielefeld has produced over 3.5 goals and a similar outcome is priced at 15/25 with novibet. Bayern Munich are expected to earn a comfortable victory and could be backed in the -2 handicap market at 77/100 with novibet.

Bayern Munich could be set to win both halves at 13/17 with 10bet. Robert Lewandowski could also be tipped to score two or more goals at 23/20 with BetVictor.