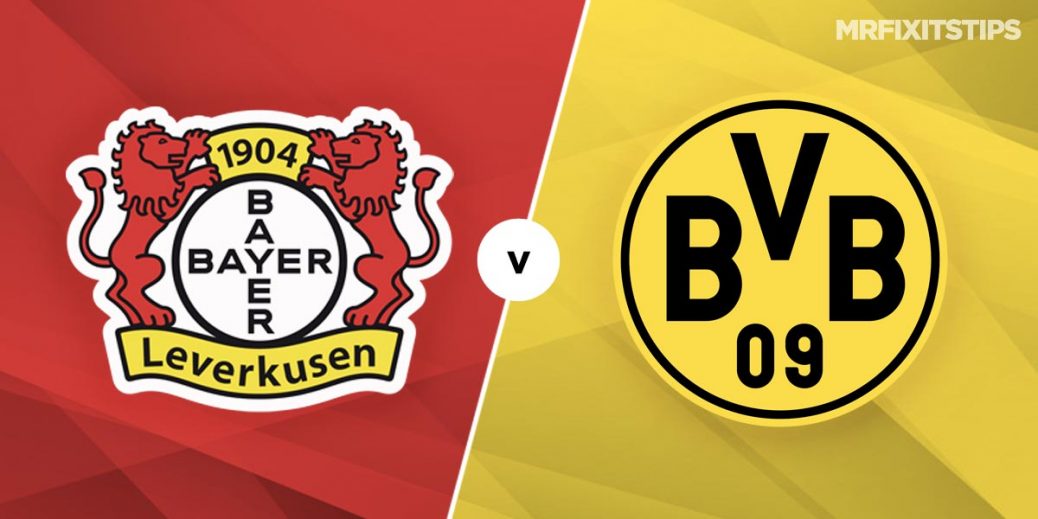 THERE'S nothing between Bayer Leverkusen and Borussia Dortmund in the Bundesliga table and the stakes are high with both teams needing a win to keep their faint title hopes alive.

With champions Bayern Munich wobbling a little of late, there's hope for the chasing pack and both these sides trail the leaders by seven points, with Leverkusen ahead of Dortmund only on goal difference.

Borussia axed boss Lucien Favre a month ago after a 5-1 battering by Stuttgart but their form has been decent since then, losing just once in six games.

Interim boss Edin Terzic is doing a good job, the highlight an impressive 3-1 win at second-placed RB Leipzig, but has also dropped points against the likes of Mainz and Union Berlin.

He will be hoping his players raise their game again for the clash against a Leverkusen side who can beat any team in Germany on their day.

But Peter Bosz's men have been in poor form of late, with a cup win over Frankfurt their only win in the last five matches. Three defeats and a draw have put a big dent in Leverkusen's title hopes so they need a win here to get back on track.

Leverkusen's poor form makes them the outsiders here at a best 23/10 with SBK while Dortmund are 6/5 at William Hill and the stalemate 3/1 with Bet365.

Dortmund have held the edge in this fixture of late, losing just once in their last seven encounters. But that defeat came in the last meeting of the sides last February when Leverkusen won a thriller 4-3 (below). That followed a 4-0 win for Borussia at the Westfalen earlier in the campaign.

Moussa Diaby caught my eye in Leverkusen's clashes with Rangers in last season's Europa League when the Germans delivered for me both at Ibrox and back home in Germany.

The forward netted twice in the cup win over Frankfurt and is overpriced at 16/5 with Unibet for anytime scorer here.

It's hard to look past goal machine Erling Haaland (below) for Dortmund but he's too skinny at a best 4/5 with Genting for anytime scorer. England winger Jadon Sancho has three goals from his last four games and is better value at 21/10 with Unibet to score.

This has been a high-scoring fixture, with over 3.5 goals coming up in the last five meetings. A repeat in this clash pays a best 11/7 with VBet while over 2.5 strikes is 4/6 at SportNation.

It's hard to find great value on goals but a McBookie bet builder on both teams to score, over 2.5 goals and over 0.5 first-half goals pays evens.

There have been two goals or more in the first half of three of the last four meetings so it could also pay to back over 1.5 first-half strikes at 11/8 with Betfred.

It's a game that has been pretty clean of late, with just 11 bookings across the last five meetings, so it could pay to bet against cards but I've yet to see any of the bookies price up that market.