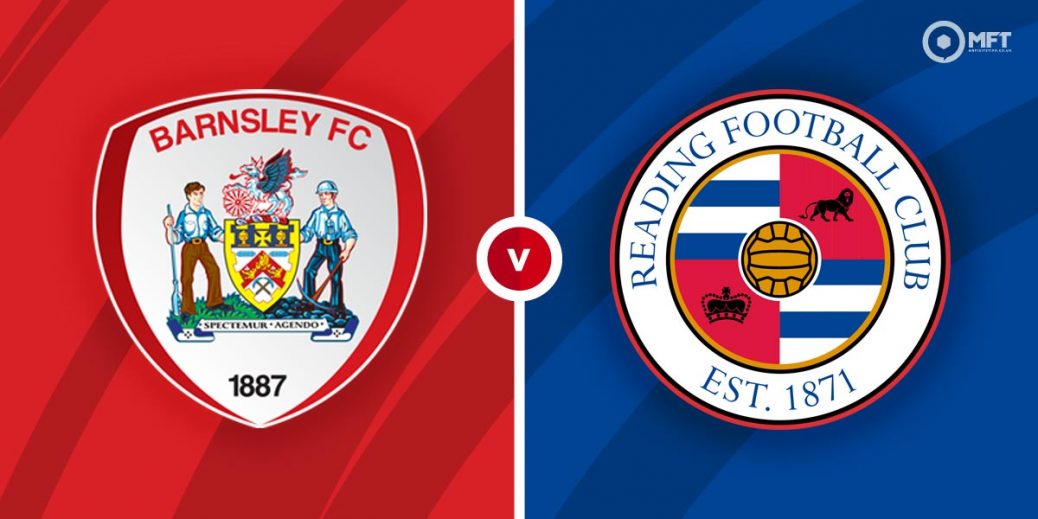 Barnsley and Reading will be hoping to get their promotion campaign back on track when they square off in an English Championship fixture at Oakwell. Both teams appear evenly matched at the moment, separated by just one point and should cancel each other out on Friday.

Barnsley suffered a 2-1 home defeat to Sheffield Wednesday in their last Championship fixture. They went two goals down before Carlton Morris pulled one back midway through the second half.

It was the first defeat in 12 Championship matches for Barnsley, who had impressed prior to the international break. They are fifth on the table with 64 points, five above Bournemouth, who are just outside the playoff places.

Valerien Ismael’s men often enjoy playing on the front foot and have scored seven goals in their last three matches. However, they have struggled to keep things tight at the back with no clean sheets in all three matches.

Reading head to Oakwell off the back of a 1-1 draw against QPR in their last Championship fixture. They fought back from a goal down with Yakou Meite’s second half effort earning them a share of the spoils.

Veljko Paunovic’s men are two points behind Barnsley and have suffered just one defeat in their last six matches. They are also unbeaten in seven of their last nine away matches, a run that includes a 1-1 draw at Nottingham Forest.

Like Barnsley, Reading have looked suspect at the back lately and have conceded in their last three matches.

Barnsley are favourite among the bookies and are priced at 13/10 by William Hill to win on Friday. A win for Reading is valued at 5/2 by SBK who are also offering 40/17 for a draw.

There is little to separate both teams at the moment and Friday’s match is likely to end in a draw.

Reading have the edge in the head to head with 12 wins from 24 previous matches. Barnsley have six victories while both teams have played out six draws.

The last two meetings at Oakwell have ended in 1-1 draws while Reading claimed a 2-0 victory in the reverse fixture.

Barnsley will look to Cauley Woodrow to provide the spark in attack as he looks to add to his 11 goals this season. Paddy Power has the striker at 23/10 to score anytime while SBK is offering 29/5 for the first goal.

Reading often rely on the double pivot of Lucas Joao and Yakou Meite to carry the team’s attacking threat. Joao is priced at 15/8 by Vbet to score anytime while SBK has Meite at 16/5 in the same market.

Friday’s match is likely to be an open encounter so a flutter in the goals market should be considered. Red Zone is offering 15/13 on both teams to score, Unibet has over 2.5 goals at 11/8 while over 3.5 goals is set at odds of 18/5 by the same firm.

There are also likely to be goals in both halves with Sporting Index offering 53/50 in that market. The second half could also be tipped as the highest scoring half at 16/11 with Sport Nation.

This English Championship match between Barnsley and Reading will be played on Apr 2, 2021 and kick off at 17:30. Check below for our tipsters best Barnsley vs Reading prediction. You may also visit our dedicated betting previews section for the most up to date previews.