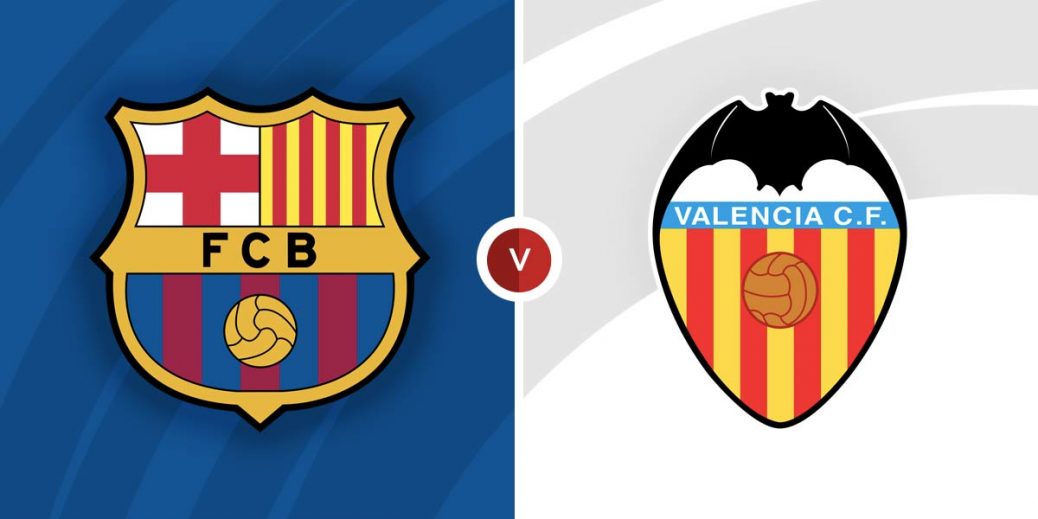 Barcelona host Valencia in a Spanish La Liga clash at Camp Nou as they look to get their challenging season back on track. Despite their many problems this season, Barca have remained solid at home and should have the upper hand over Valencia, who appear to be struggling lately.

Barcelona were desperate for the international break as their season appeared to be unravelling fast. They had suffered two humiliating defeats on the spin, losing 3-0 to Benfica in the Champions League before being beaten 2-0 by Atletico Madrid in La liga.

Pressure continues to mount on manager Ronald Koeman but the Dutchman remains confident of turning the club’s fortunes around. Barcelona are about to be given a major boost with Ousmane Dembele and Sergio Aguero set to return from long term injuries.

Despite all their problems this season, Camp Nou has remained a fortress for Barcelona with three wins and a draw from their four matches. However, they remain vulnerable at the back and have kept just two clean sheets in their seven La Liga matches this season.

Valencia travel to Barcelona off the back of a 0-0 draw away at Cadiz in their previous La Liga fixture. They dominated the possession and created several scoring chances but failed to convert.

After making a solid start to the season, things appear to have gone downhill for Valencia in recent weeks. Jose Bordalas’ men are winless in their last four La Liga matches and have slipped to eighth on the table.

Valencia are also winless in their last two away matches in La Liga with a 3-1 defeat at Sevilla preceding the draw against Cadiz.

Barcelona have been installed as overwhelming favourites by the bookies with a home win priced at 5/9 by SBK. Vbet is offering 6/1 for a Valencia victory while a draw is set at odds of 7/2 by novibet.

Barcelona often come out on top in this fixture and have claimed 33 wins and 18 draws while Valencia have been victorious 14 times from 65 previous matches. The Catalans claimed a 3-2 victory in the last meeting between both teams back in May.

Striker Memphis Depay is the top scorer for Barcelona this season with three goals. Two of those goals have come at Camp Nou and the Dutchman could be worth a punt to score anytime at 13/10 with betway.

Much of Valencia’s goals this season have come from midfield with Carlos Soler and Goncalo Guedes finding the net a combined five times. Sporting Index has Soler at 5/1 to score anytime while also offering 28/5 on Guedes in the same market.

There has been BTTS in six of the last eight matches between Barcelona and Valencia and that run is likely to continue at 5/6 with MansionBet. Both teams produced over 3.5 goals in their last meeting and a similar outcome could be on the cards at 33/19 with SBK.

Barcelona are expected to claim the victory and could be backed to earn a win and over 3.5 goals at 11/8 with BoyleSports.

This La Liga match between Barcelona and Valencia will be played on Oct 17, 2021 and kick off at 20:00. Check below for our tipsters best Barcelona vs Valencia prediction. You may also visit our dedicated betting previews section for the most up to date previews.