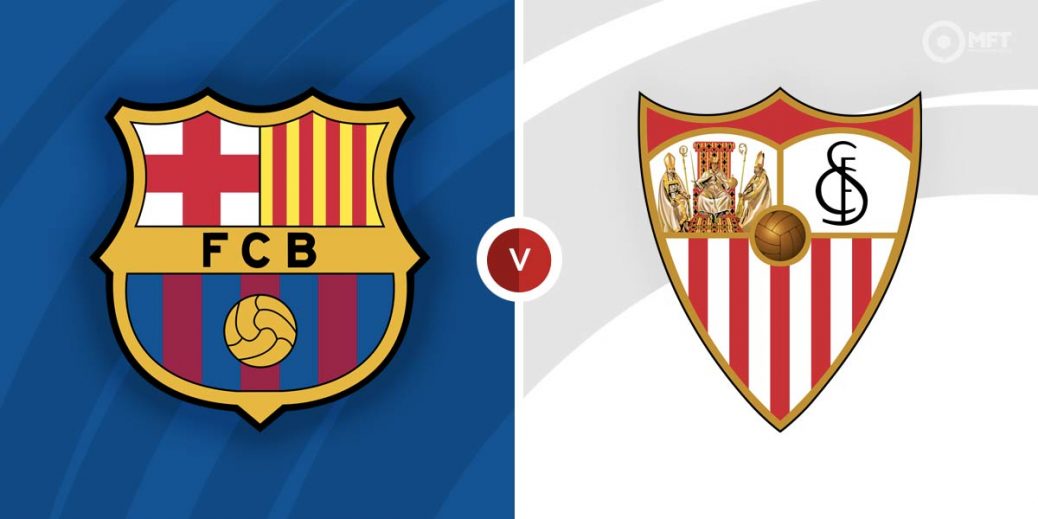 Barcelona will be looking to maintain their impressive form as they host Sevilla in a huge La Liga clash on Sunday. The visitors have found things difficult in recent weeks and Barca will fancy their chances of coming out on top.

That result means Barcelona have now won their last five La Liga matches and have also claimed the scalp of both Madrid clubs in recent weeks. Boasting a superior goal difference than Sevilla, the Catalans can leapfrog the visitors into second place with a win on Sunday.

Camp Nou has been slowly regaining its status as a fortress since manager Xavi took charge and Barcelona have now won their last four home matches in La Liga. They have scored four goals in each of their last three matches with a 4-2 victory over champions Atletico Madrid among their results in that run.

While Barcelona are basking in their recent resurgence, Sevilla are on a downward spiral in recent weeks. Julen Lopetegui’s men have crashed out of the Europa League and could slip to fourth in La Liga if results do not go their way this weekend.

Sevilla travel to Camp Nou with just two wins from their last nine La Liga matches. They were held to a 0-0 draw by Real Sociedad in their previous La Liga fixture, failing to register a single attempt on target throughout the 90 minutes.

Things are just as bad for Sevilla on their travels as they are winless in their last eight away matches across all competitions. They have suffered a 2-1 Copa Del Rey defeat to Sevilla in that run and were also beaten 2-0 at West Ham in the Europa League.

The bookies have Barcelona as overwhelming favourites with a home win priced at 1/2 by Coral. A victory for Sevilla is valued at 33/5 by SBK while a draw is set at odds of 7/2 by bet365.

Barcelona are unbeaten in the last three matches with Sevilla, although both teams played out a 1-1 draw in the reverse fixture. The Catalans claimed a 3-0 victory in the last meeting between both teams at Camp Nou.

Pierre Emerick-Aubameyang continues to prove a shrewd piece of business for Barcelona having scored seven goals in as many La Liga matches since joining in January. The striker could be backed to maintain his fine scoring form at 6/7 with SBK.

Barcelona have also been tighter at the back with Gerard Pique showing some of his old quality. They have kept clean sheets in three of their last four La Liga matches and with Sevilla unconvincing in attack, will be targeting a repeat at 11/10 with Paddy Power.

The Catalans have also scored in both halves in four of their last five La Liga matches and Sunday’s clash is likely to follow a similar outcome pattern at 7/5 with Coral.

This La Liga match between Barcelona and Sevilla will be played on Apr 3, 2022 and kick off at 20:00. Check below for our tipsters best Barcelona vs Sevilla prediction. You may also visit our dedicated betting previews section for the most up to date previews.