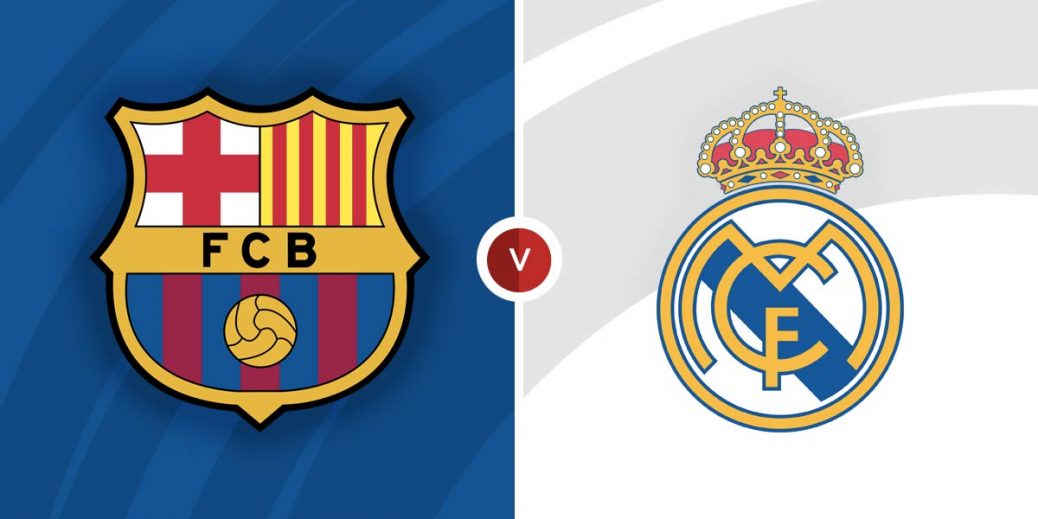 IT'S the first El Clasico of the season on Sunday as Barcelona and Real Madrid lock horns at the Nou Camp. And the burning question will be whether reports of the demise of Barca will be proved to be true in their biggest stage.

The two clubs sit only two points apart after eight games of La Liga, but Real Madrid are in second place behind leaders Real Sociedad and Barca sit in seventh spot.

Yet it's perceived that the hosts are absolutely a spent force given their financial implosion and, of course, their loss of talisman Lionel Messi – someone who scored a remarkable 26 goals in this fixture, 18 of them in La Liga. It's even been suggested they will do well to finish in mid-table this season.

However, Ronald Koeman's side have recently proved there's life in the old dog yet and indeed have won both their last two games against Valencia in the league and Dynamo Kiev in the Champions League.

Real started the season on fire, but Carlo Ancelotti's suffered two stunning losses in a row – at home to Sheriff Tiraspol and away to Espanyol, before getting their act together in considerable style in midweek with a stunning 5-0 win in Ukraine against Shakhtar Donetsk.

Unusually, Real start as favourites for a match in the Nou Camp. They are generally 6/4 with most firms.

Real Madrid had the upper hand last season and that was when Barca had Messi. They won 3-1 in Catalonia as can be seen below. And they followed that up by winning 2-1 in April at home.

In Fact, Real have won the last three fixtures and are unbeaten in the Nou Camp in their last three games too.

Dutch ace Memphis Depay has scored an impressive 11 goals in 16 appearances this season for club and country and he is 15/8 to score anytime with Betway, He also takes the penalties for Barca.

Karim Benzema has scored 41 per cent of Real Madrid's league goals this season – nine out of the 22 goals they have scored. It's no wonder he's 7/5 favourite to score anytime with Paddy Power.

Barca will be absolutely desperate to prove they are still very much contenders in La Liga and they have certainly picked up recently.

But they still look far too suspect at the back and there should be goals in this one with Real Madrid not particularly tight either.

The 19/12 with SBK for over 3.5 goals should be a runner, along with evens for the visitors to score at least twice at evens.

In Real Madrid's last four games and Barcelona's last two games, there has been over nine corners on every occasion and often much more. Bet365 are only asking for over 9.5 corners on Sunday at a generous 6/5 and with two attacking teams, that has to be backed.

This La Liga match between Barcelona and Real Madrid will be played on Oct 24, 2021 and kick off at 15:15. Check below for our tipsters best Barcelona vs Real Madrid prediction. You may also visit our dedicated betting previews section for the most up to date previews.