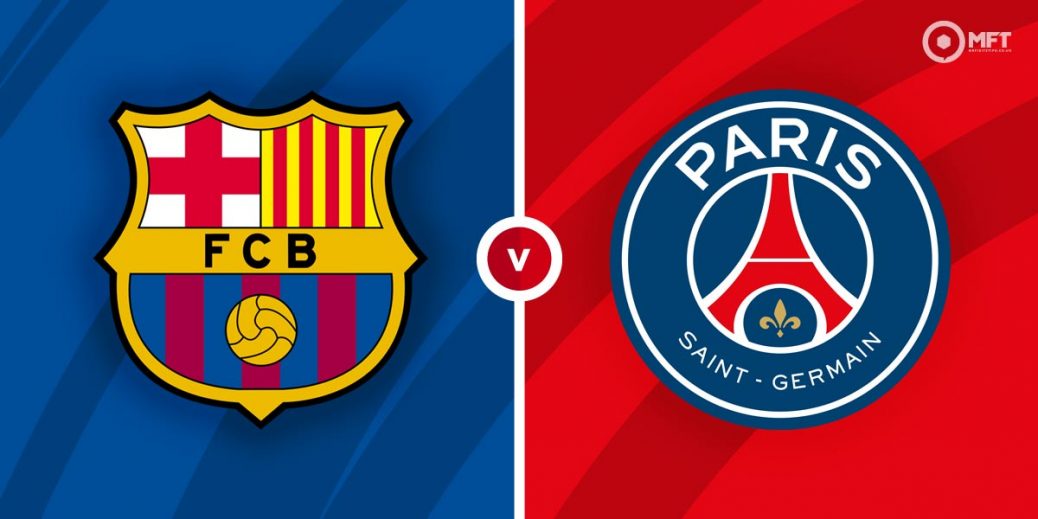 PARIS ST-GERMAIN will be out for revenge as they head to the Nou Camp looking to banish the demons of one of the biggest collapses in Champions League history.

The French champions were protecting a 4-0 first-leg lead in the last 16 four years ago but somehow contrived to crash out as they shipped a last-gasp goal to lose 6-1.

At that point it looked like PSG would never land the prize they craved the most – no matter how much money their Qatari owners threw at the project.

But they came mighty close last season, losing 1-0 in the final to Bayern Munich, and it was Barcelona's turn to make an embarrassing exit from the competition.

They were humbled 8-2 in the quarter-final by a ruthless Bayern side who justified the faith I put in them to go through and that led to a summer of soul searching at the Nou Camp.

Both Barca and PSG have embarked on rebuilding jobs with new managers this term, with Ronald Koeman and Mauricio Pochettino taking the reins.

After some teething troubles they are both finding a bit of form, with PSG winning eight of their last nine and Barcelona losing just once in eight, so the stage is set for a Champions League cracker.

This is a tough one to call, especially with no fans present behind closed doors, and both teams are roughly evens with most firms to qualify. Barcelona are slight favourites for the first leg at a best 21/20 with McBookie while PSG are 28/11 with SBK and the draw 3-1 at Unibet.

With some of PSG's best players missing, I'd be tempted to side with Barca for the first leg.

These sides have met 11 times with Barca winning five, PSG claiming three victories and the rest ending in stalemates. The last clash was that stunning 6-1 win (below) and the best PSG have managed at the Camp Nou is a pair of 1-1 draws.

Lionel Messi is always worth backing when he's not odds-on for a goal and Unibet price him evens to net here. The Barca talisman netted twice in the weekend win over Alaves to take his tally for the season to 19. Skybet are also offering a tempting 8/1 on him scoring from outside the area.

PSG are missing two of their biggest weapons with Neymar and Angel Di Maria injured. Mauro Icardi should lead the line for them and is 2/1 with Unibet for anytime scorer.

The stats point to goals with both sides scoring freely this term but the odds are poor. Both teams to score is just 47/100 at TonyBet while over 2.5 goals is a best 4/7 with SportNation.

First legs can often bit a bit cagey as teams feel each other so there might be more value in backing under 2.5 goals which pays 8/5 with TonyBet. Betting on between 2 and 3 goals could also pay off at 11/10 with the same firm.

The midfield battle will be crucial so it might be worth backing a few players for cards in the engine rooms. Idrissa Gueye saw red in PSG's group stage loss to Leipzig and is 11/5 with BetVictor for a card here while Barca's Sergio Busquets is 19/10 with Unibet.

This UEFA Champions League match between Barcelona and Paris St-Germain will be played on Feb 16, 2021 and kick off at 20:00. Check below for our tipsters best Barcelona vs Paris St-Germain prediction. You may also visit our dedicated betting previews section for the most up to date previews.