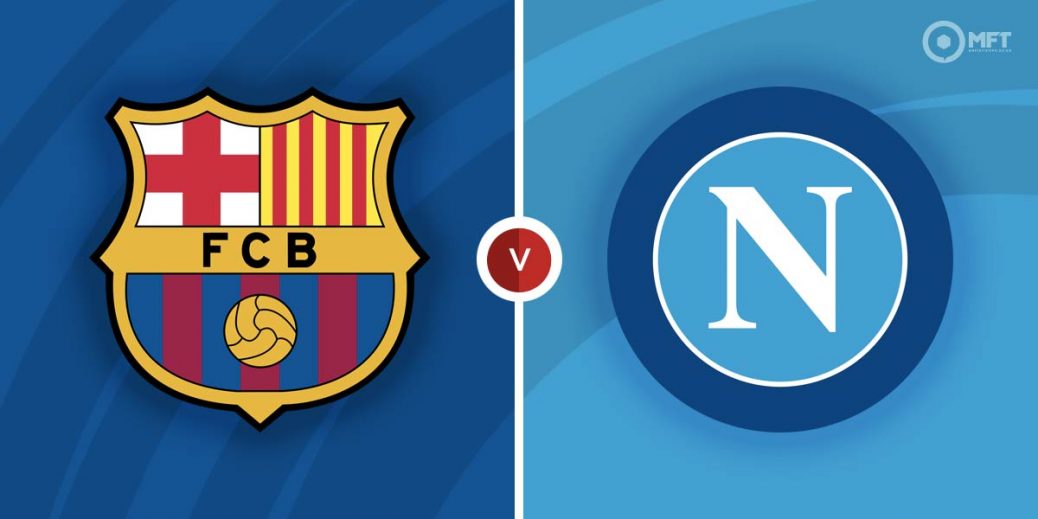 BARCELONA enter unfamiliar territory against a very familiar name when they entertain Napoli at the Nou Camp in a Europa League play-off round, first leg in Spain – the first time they have been in this competition for 18 years.

Barca have had plenty of time to get their heads around they are in this competition after their fall from grace culminated in Champions League humiliation. They're not even favourites to win the competition, quoted at 8/1 by bet365.

However, there are plenty of signs of a silver lining for Barcelona with the arrival of club legend Xavi seemingly being a catalyst to improvement. In fact, they haven't lost in any competition in 90 minutes anyway since a 3-0 whipping in Bavaria at the start of December by Bayern Munich marked their last game in the Champions League.

They have also shown they have some bottle too having rescued a point on Sunday in the Catalan derby with an injury time goal at Espanyol when down to ten men.

Napoli are in the middle of a close Serie A title challenge and currently sit in third, two points behind leaders AC Milan in a three-way fight to the flag with Inter Milan too.

The Italians are also unbeaten since December and got through their Europa League group stages despite home and away defeats to Spartak Moscow.

Planty will be tempted on name and reputation alone in the Barca win at 22/23 with SBK. Napoli can be backed at 3/1 with the same firm and it's 11/4 for the draw with Boylesports.

Barcelona got the upper hand when the sides met two years ago for a place in the quarter finals of the Champions League. After a 1-1 draw in Italy, the second leg took place later in the year and Barca won 3-1 as can be seen below.

Pierre-Emerick Aubameyang should be unleashed for this game having only been a sub at the weekend. The former Arsenal man has yet to score for his new club in two sub appearances and is 7/5 with Unibet to get off the mark on Thursday.

Italy striker Lorenzo Insigne netted in their weekend draw agaianst Inter for just his seventh goal in a not-very-prolific season. However, he takes the penalties and is a tempting price at 888Sport at 11/4 to net in Barcelona.

The sides might not have Diego Maradona in their line-ups, but his spirit can live on here because this should be a cracker.

Barca look back to something approaching their best this season and this is their only trophy left to chase. That said, Napoli have won four out of their last five Serie A matches and they could cancel each other out.

There should be plenty of goals and the 15/8 with BetVictor for over 3.5 goals looks to be a decent price.

This UEFA Europa League match between Barcelona and Napoli will be played on Feb 17, 2022 and kick off at 17:45. Check below for our tipsters best Barcelona vs Napoli prediction. You may also visit our dedicated betting previews section for the most up to date previews.