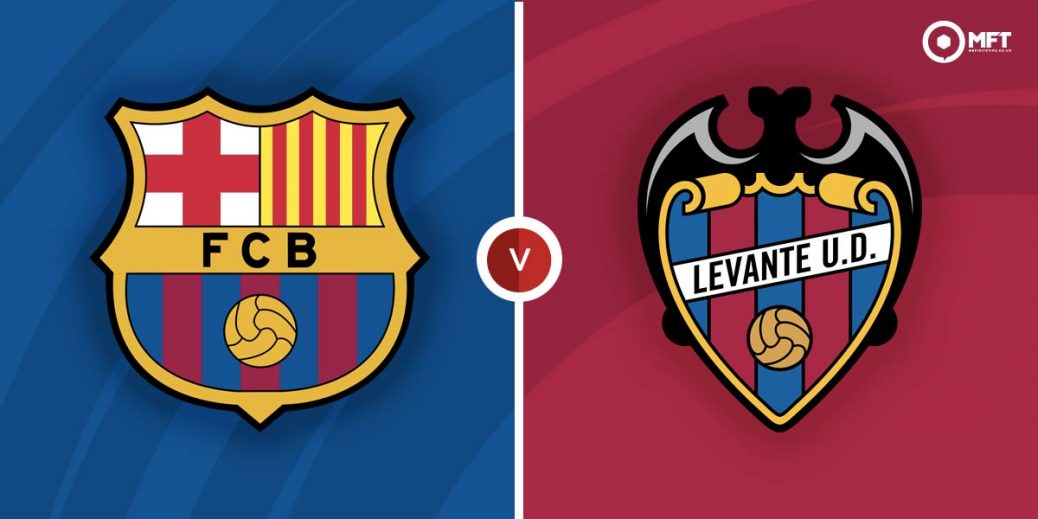 Barcelona will attempt to snap out of their slump when they host Levante in a Spanish La Liga fixture at Camp Nou. Barca are going through a tough period but with Levante looking even worse at the moment, the Catalans should have the edge.

The problems continue to mount for Barcelona as they were held to a 0-0 draw by Cadiz in their previous La Liga fixture. They needed keeper Marc Andre Ter Stegen to pull off several saves while also lacking creativity at the other end of the pitch, finishing with just two attempts on target.

Manager Ronald Koeman has come under increasing pressure in recent weeks with plenty of uncertainty around the Dutchman's long-term future at the club. They have claimed only one win in their last seven matches across all competitions and are currently down in seventh in La Liga.

Despite all their problems, Barcelona are yet to suffer defeat in La Liga this season. They have won two of their three home matches and will be keen to channel the performance that earned them a 4-2 victory over Real Sociedad in their opening fixture.

Levante are coming off a 2-0 home defeat to Celta Vigo last time out in La Liga. It was a poor performance that saw them finish with just two attempts on target.

It has been a disappointing start to the campaign for Levante, who are still seeking their first win after six matches. Paco Lopez’s men are also poor on their travels and have claimed just one win in their last 10 away matches.

Defending has been a major problem for Levante this season as they have failed to keep a clean sheet. They have also conceded nine goals in their six matches so far.

Despite all their problems, Barcelona are still considered overwhelming favourites by the bookies at 6/13 with SBK. Betfred is offering 13/2 for an unlikely victory for Levante while a draw is set at odds of 9/2 with bet365.

Barcelona have a 22-3 advantage with five draws from 30 previous matches against Levante. They are also unbeaten in five of the last six meetings and claimed a 1-0 victory in their most recent fixture at Camp Nou.

Memphis Depay has scored just two goals this season but often gets the big chances for Barcelona. The Dutch striker could be worth keeping an eye on to score anytime at 11/10 with BetVictor.

As always, Roger Marti and Jose Luis Morales will be the ones to watch for Levante with both men scoring two goals each this season. Marti is priced at 5/2 by Unibet to score anytime while Vbet is offering 31/10 on Morales in the same market.

There has been BTTS in three of the last four matches between Barcelona and Levante and a similar outcome is priced at 10/13 by MansionBet. There were six goals in the last meeting between both teams, so over 3.5 goals could be on the cards 13/10 with SBK.

Barcelona could also be tipped to earn a win and over 3.5 goals at 2/1 with BoyleSport.

This La Liga match between Barcelona and Levante will be played on Sep 26, 2021 and kick off at 15:15. Check below for our tipsters best Barcelona vs Levante prediction. You may also visit our dedicated betting previews section for the most up to date previews.