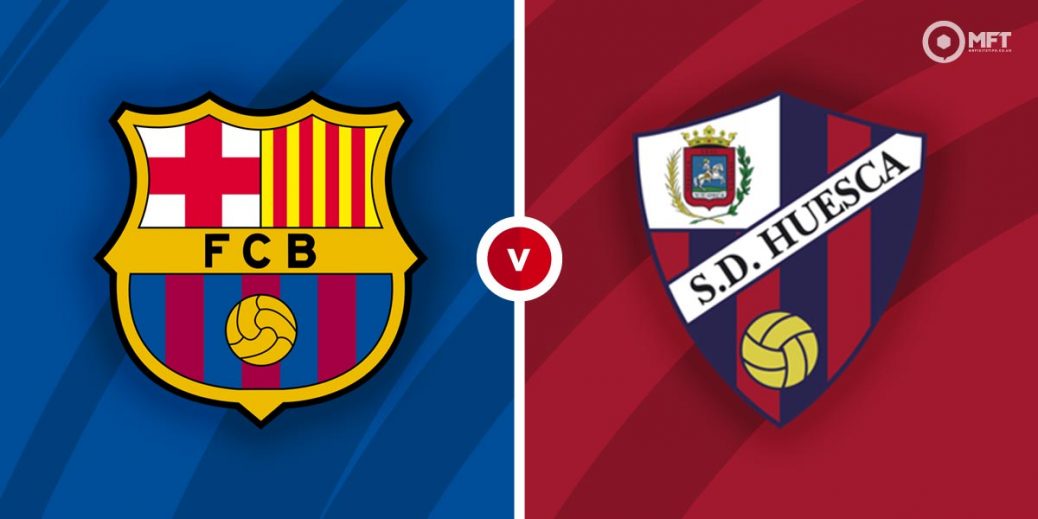 After crashing out of the Champions League, Barcelona will hope to make a swift return to winning ways when they host Huesca in a Monday night La Liga fixture at the Camp Nou. Huesca are bottom of the table and should be no match for the Catalan giants.

Barcelona are coming off a 1-1 draw against PSG in their Champions League round of 16 second leg clash which knocked them out of the competition. They were let down by a disappointing 4-1 defeat in the first fixture and must now turn their attention to domestic matters.

Things are looking much better for the Catalans in La Liga as they are currently on a 16-match unbeaten run. Ronald Koeman’s men remain in the title mix as they sit second on the table, six points behind leaders Atletico Madrid.

Barcelona have also shown some good form at the Camp Nou with three wins in their last four home matches. Among the results is a 5-1 triumph over Alaves while they also claimed 3-0 victory over Elche in their last home fixture.

Huesca suffered a 4-3 home defeat against Celta Vigo in their previous La Liga fixture. Goals from Dimitrios Siovas, Rafa Mir and David Ferreiro proved to be futile as they were let down by poor defending.

Pacheta’s men are currently rooted to the bottom of the table after claiming just three La Liga wins this season. They have a poor record on their travels with just one away win this season.

Huesca boast one of the worst defences in the competition with just one clean sheet in their last 13 matches. Among their worst defeats this season is a 4-1 loss to Real Madrid while they also fell by the same margin to Real Sociedad.

The bookies have placed Barcelona as favourites with the Catalans priced at 2/9 by Unibet to earn the win. William Hill is offering 14/1 for a Huesca victory while SBK has a draw set at odds of 21/10.

Given Barcelona’s good form in recent weeks, I am tempted to lean towards a home win.

Barcelona have never lost to Huesca with four wins and one draw from five previous matches. The Catalans claimed a 1-0 victory in the reverse fixture back in January.

Argentine forward Lionel Messi has scored 11 goals in his last 10 matches and is priced at 8/15 by Unibet to score anytime. Ousmane Dembele is also one to keep an eye on with Unibet offering 29/10 on the French winger in the anytime goalscorer market.

Rafa Mir is the top scorer for Huesca with seven La Liga goals this season. Sporting Index has the striker at 71/20 in the anytime goalscorer market while the first goal is priced at 12/1 with bet365.

Given Barcelona’s minimal win odds, a punt in the handicap market could provide some value. Sporting Index is offering 38/25 for a -2 handicap on the Catalans.

Barcelona have not conceded in their last three La Liga matches and could be worth a punt to keep a clean sheet at 5/6 with bet365. A home win to nil could also be considered at 27/25 with Sporting Index.

This La Liga match between Barcelona and Huesca will be played on Mar 15, 2021 and kick off at 20:00. Check below for our tipsters best Barcelona vs Huesca prediction. You may also visit our dedicated betting previews section for the most up to date previews.