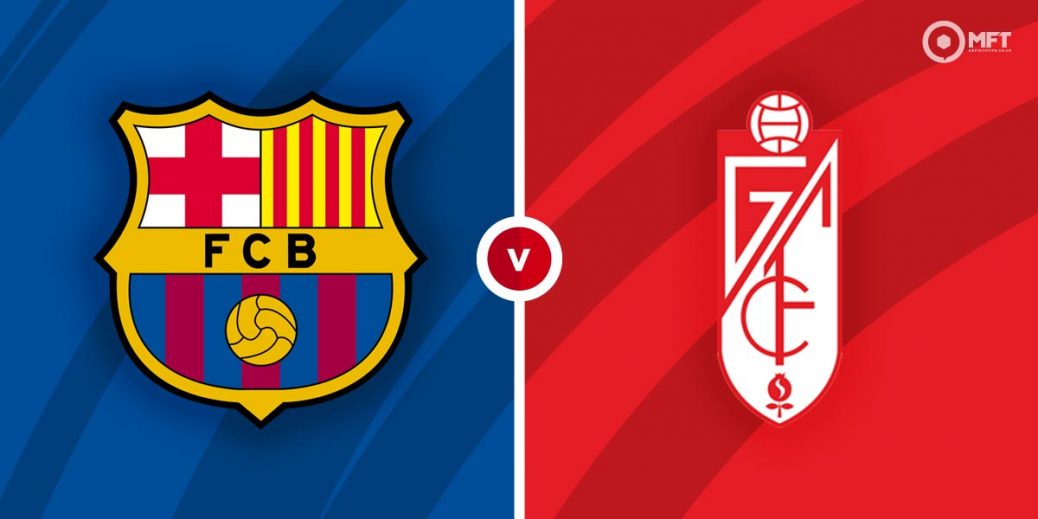 Barcelona have a chance to go top of the Spanish La Liga when they host Granada at Camp Nou. Barca have wrestled back control in the title race and given their fine record at home, should earn a comfortable victory over an inconsistent Granada side.

The Catalans earned a 2-1 victory over Villarreal in their previous La Liga fixture. They fell behind midway through the first half but struck back through Antoine Griezmann, who went on to score the winner 10 minutes before the break.

Ronald Koeman’s men have endured a topsy-turvy campaign but can somehow end the season with the domestic double. They beat Athletic Bilbao 4-0 to win the Copa del Rey a fortnight ago and can go top of the table with victory on Thursday.

Barcelona are ending the season in fine style and have won 18 of their last 22 La Liga matches. They are also on a four-match winning run at Camp Nou and thrashed Getafe 5-2 in their previous home fixture.

Granada are coming off a 2-1 defeat at Sevilla last time out in La Liga. They fell two goals down before Roberto Soldado pulled one back from the spot on the stroke of 90 minutes.

Diego Martinez’s men have endured an erratic campaign but still remain seven points behind Villarreal in the final Europa League spot. They have not been at their best in recent weeks, with six defeats from their last eight matches across all competitions.

Granada have also been poor on their travels and head to Camp Now with four defeats from their last five away matches.

Barcelona are considered overwhelming favourites by the bookies and are priced at 3/19 by SBK to claim the victory. A win for Granada is valued at 20/1 by the same firm while a draw is set at odds of 8/1 by Paddy Power.

The Catalans are eying the summit of La Liga and given their fine form in recent weeks, I am backing them to ease past Granada.

Barcelona have 14 wins from 16 previous matches against Granada, who have been victorious just twice. The Catalans triumphed 4-0 in the reverse fixture and also knocked the visitors out of the Copa del Rey after a 5-3 extra-time victory.

Antoine Griezmann has been the man in form for Barcelona in recent weeks with four goals in his last three matches across all competitions. The French forward netted a brace last time out against Villarreal and is priced at 22/25 by Unibet in the anytime goalscorer market.

Roberto Soldado will be the one to watch for Granada as he looks to add to his nine goals this season. The veteran striker has also found the net three times in his last two appearances and is valued at 19/4 to score anytime.

With Barcelona playing with plenty of confidence and likely to earn a comfortable win, a -2 handicap could be on the cards at 21/20 bet365. The goals market could also provide some rewards with over 4.5 goals valued at 9/4 by Sport Nation while over 3.5 goals is set at odds of 19/20 by SBK.

Barcelona could also be backed to earn a win and over 3.5 goals at 21/20 with betway.

This La Liga match between Barcelona and Granada will be played on Apr 29, 2021 and kick off at 18:00. Check below for our tipsters best Barcelona vs Granada prediction. You may also visit our dedicated betting previews section for the most up to date previews.