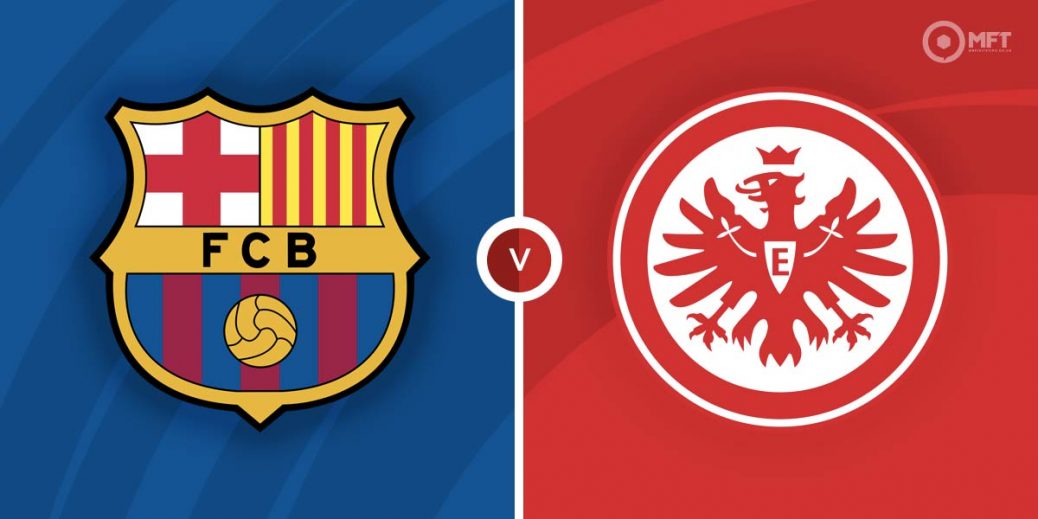 After earning a draw in Germany, Barcelona will look to complete the job as they host Eintracht Frankfurt in the second leg of their Europa League quarter-final tie. Barca are still looking almost unstoppable and should have too much for the Germans, who continue to struggle.

Barcelona have made the best of their time in the Europa League and are unbeaten in the competition. They are one game away from reaching the last four and will begin to feel like they can go on to win the title.

The Catalans fought back from a goal down to earn a 1-1 draw in the first leg in Germany with Ferran Torres getting the equaliser. They are unbeaten in their last 15 matches across all competitions, claiming 11 victories in that run, including a 3-2 win over Levante in La Liga on Sunday.

Barcelona have also been solid at home and are unbeaten in their last six matches at Camp Nou. They have claimed four wins in that run and have also kept clean sheets in their last four home matches.

While Barcelona appear to be going from strength to strength, Eintracht Frankfurt have found things difficult. They are winless in their last six matches and were beaten 2-1 at home by Freiburg in a Bundesliga fixture on Sunday.

Eintracht Frankfurt have also struggled in the Europa League, claiming just one win from their last five matches. Defending has been a major problem for Oliver Glasner’s men, who have failed to keep a clean sheet in their last seven matches in the competition.

The Germans have surprisingly fared better on the road, suffering just one defeat in their last nine away matches. They will hope to maintain that good form but coming out on top against an in-form Barcelona team might be a bridge too far.

The bookies have Barcelona as overwhelming favourites with a home win priced 5/11 by 10bet. A victory for Eintracht Frankfurt is priced at 37/5 by SBK, who are also offering odds of 37/10 for a draw.

Last week’s 1-1 draw was the first ever meeting between Barcelona and Eintracht Frankfurt.

Pierre Emerick-Aubameyang ended a mini goal drought with his effort at Levante last Sunday and will be the one to watch for Barcelona. The striker has now found the net seven times in his last 10 matches across all competitions and is priced at 11/14 with SBK to get on the score sheet on Thursday.

Gerard Pique missed the win over Levante and should return to partner Ronald Araujo in central defence on Thursday. Both men have been involved as Barcelona kept clean sheets in their last four home matches and a similar outcome could be considered at 5/4 with Paddy Power.

Barcelona are expected to come out on top on Thursday and given their defensive record at home, a win to nil could be considered at 6/4 with BoyleSports. They could also be tipped as the only team to score at 6/4 with bet365.

The Catalans are likely to make a fast start on Thursday and can be backed to score in both halves at 23/20 with BoyleSports.

This UEFA Europa League match between Barcelona and Eintracht Frankfurt will be played on Apr 14, 2022 and kick off at 20:00. Check below for our tipsters best Barcelona vs Eintracht Frankfurt prediction. You may also visit our dedicated betting previews section for the most up to date previews.