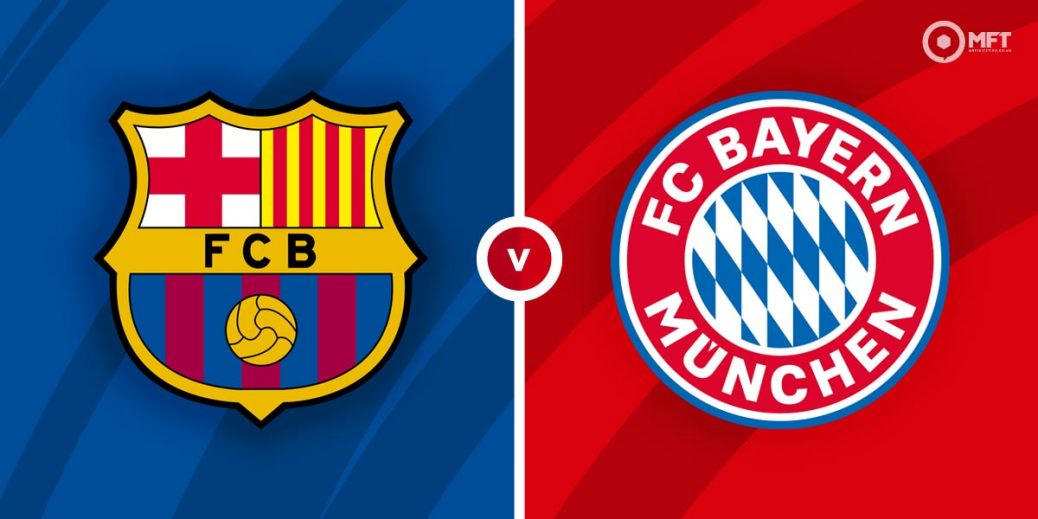 FOOTBALL fans across the world will be pinching themselves when they watch Barcelona run out at the Nou Camp for a Champions League clash without Lionel Messi in their ranks.

And while Barca have yet to taste defeat in the post-Messi era, it's hard to shake the suspicion that in-form Bayern Munich will end their unbeaten run in this Group E opener.

The Catalan giants remain a club in turmoil with Messi not the only big-name player to depart this summer in a frantic bid to stem horrendous financial losses.

Ronald Koeman has guided them to seven points out of nine so far in La Liga, with our man Tolu seeing two bets come up as they beat Sociedad 4-2 in their opener. But they were lucky to escape with a point from Bilbao in their biggest test so far and look vulnerable at the back.

Now they have to deal with Robert Lewandowski and Co who head to the Nou Camp having smashed an incredible 21 goals in their last three matches.

Twelve of those did come against minnows Bremer SV in the German Cup but the Bundesliga champions smashed four past Leipizig in their last game and also netted three times against Dortmund in the Super Cup.

That proves they can do it against the big boys as well so Barcelona's defence, which has yet to keep a clean sheet this season, faces a daunting 90 minutes.

It says everything about the problems at Barcelona that Unibet make them 13/5 outsiders for a game at the Nou Camp. Bayern Munich will attract plenty of bets at 21/20 with SportNation while the stalemate pays 31/10 at VBet.

Barcelona's decent into chaos arguably began when Bayern battered them 8-2 in a one-leg Champions League quarter-final two seasons ago (below).

The Germans also had the edge in the 10 previous meetings, winning six times and losing just twice, so they have been something of a bogey team for the Catalan giants.

Memphis Depay was the big-name arrival at Barcelona this summer amidst all the departures and has netted seven times in his last five games for club and country. The Dutchman is a decent 7/4 at Unibet for anytime scorer here.

It's no great surprise to see Bayern talisman Lewandowski (below) odds-on for a goal and his best price is just 7/10 at Unibet. But the Pole is 11/10 to score Bayern's first goal and that looks decent value.

It's a game that promises goals as both teams to score has come up in all of Barca's games this season while Julian Nagelsmann's men have kept just two clean sheets all season.

Bayern have collected just five yellow cards from six games this term while Barca have amassed six yellows and a red from only three outings. So it could pay to back the home team for most cards, although I have yet to see that bet anywhere.

There were 15 corners when these sides last met and double figures for that stat have come up in four of Bayern's matches this term. So it could pay to back over 9.5 corners at 10/11 with SBK.

This UEFA Champions League match between Barcelona and Bayern Munich will be played on Sep 14, 2021 and kick off at 20:00. Check below for our tipsters best Barcelona vs Bayern Munich prediction. You may also visit our dedicated betting previews section for the most up to date previews.