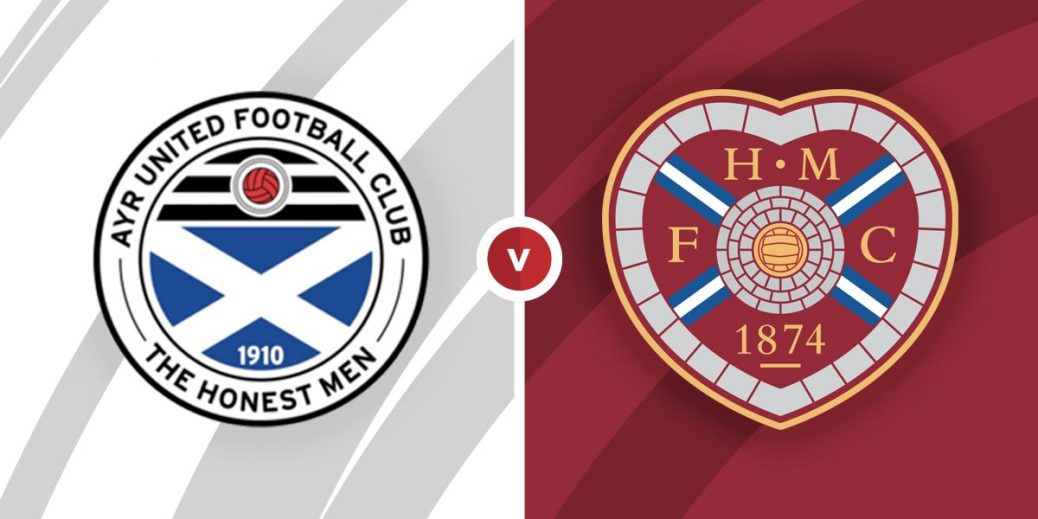 HEARTS are starting to pull clear at the top of the Championship but a Friday night trip to Ayr's Somerset Park in the depths of winter will take them out of their comfort zone.

Like everyone expected, the Jambos are dominating the division but they have still lost three times in 14 games, with two of those defeats coming on the road in Dunfermline and Dundee.

Hearts also needed keeper Craig Gordon to be at his best to see off the Pars 1-0 at home on Saturday so Ayr will know that Robbie Neilson's men are far from invincible.

But the Honest Men will be honest enough to admit their own form has been poor, with Saturday's 4-1 victory over Ayr ending a run of six games without a win.

However, Somerset Park has still been something of a fortress and they have yet to lose at home this season with four wins and four draws.

McBookie make Hearts 1/2 favourites with the Honest Men 5/1 for a win at TonyBet. The stalemate pays 18/5 with Betfair but there hasn't been a single draw in any of the Jambos' league games this season.

The Jambos have dominated this fixture, going unbeaten in the last 11 meetings, and you have to go back to 1980 for Ayr's last win over them. It was a thriller when these sides met at Tynecastle earlier this season, with Neilson's side winning 5-3 (below).

Jambos left-back Stephen Kingsley scored against Ayr at Tynecastle and has five for the season. He's a huge threat from free-kicks and long-distance shots so looks overpriced at 13/2 with Bet365 for a goal.

Striker Andre Wright impressed on his Ayr debut at the weekend and was a prolific scorer in the Irish league. He's 15/4 for anytime scorer with Bet365 which also looks decent value against a leaky Jambos defence.

Thrills are usually guaranteed with the Jambos and seven of their last eight games have seen at least four goals, helping me cash in when they thrashed Raith 4-0 in Fife.

I cashed in by betting against goals when they faced Dunfermline at the weekend but that was because the Pars have been rock solid at the back.

It's a different story with Ayr, who have kept just one clean sheet in six, and these sides treated us to eight strikes at Tynecastle so I'm going for goals in this one.

Seven of the eight goals at Tynecastle amazingly came after the break so it could pay to back the second period to be the highest-scoring half here. That pays 20/21 at McBookie.

The over/under market doesn't offer great value with over 3.5 strikes priced at just 27/25 with TonyBet so try backing Ayr to net in the second half instead at 21/20 with the same firm.

This Scottish Championship match between Ayr United and Hearts will be played on Feb 5, 2021 and kick off at 19:45. Check below for our tipsters best Ayr United vs Hearts prediction. You may also visit our dedicated betting previews section for the most up to date previews.