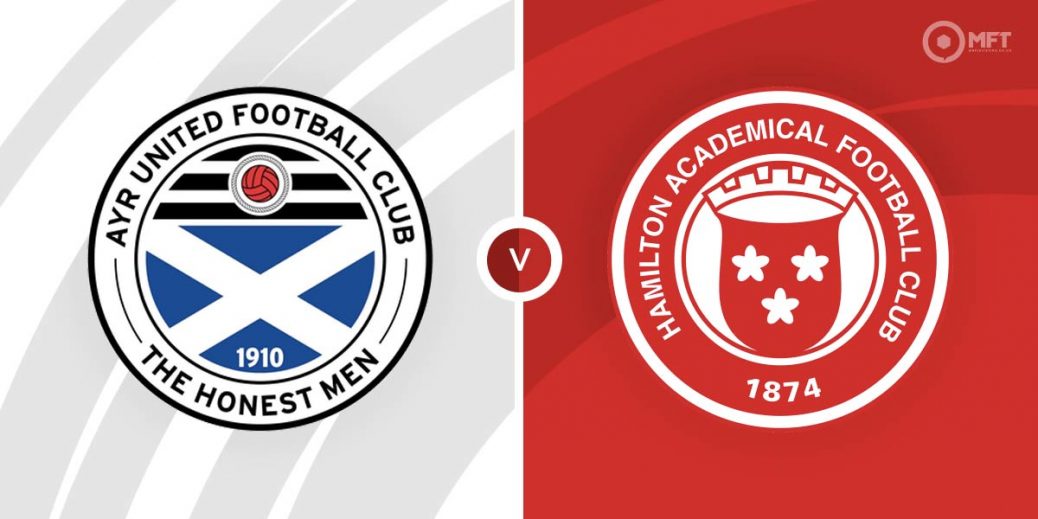 HAMILTON have suffered one hell of a hangover since being relegated from the Premiership and head into this Friday night TV clash with Ayr more concerned about dropping into League One than securing a route back to the top flight.

The one positive for new boss Stuart Taylor is that his side finally returned to winning ways at the weekend, although it took a controversial penalty and red card for them to secure that 1-0 victory over Dunfermline.

Fans are still far from happy though after just two wins in eight games and a shock Scottish Cup loss to West of Scotland side Auchinleck that helped me strike it rich on a weekend of upsets.

Despite that win over the Pars, Accies remain just three points off the bottom of the table in a Championship that is split right down the middle.

Five teams are involved in a thrilling fight for promotion at the moment while the rest scrap it out to avoid the drop so every game is vital.

Ayr also find themselves stuck at the wrong end of the table and their form is even worse, with just two wins in their last nine. It looked like they would also pick up three massive points at the weekend only for Jim Duffy's men to concede a late leveller to fellow strugglers Morton.

That makes this a must-win clash for the Honest Men ahead of a tough festive schedule that sees them face high-flying Raith and Partick before a New Year derby with bitter rivals Kilmarnock.

It's a tough one to call with both sides in bad form but Ayr are 6/4 favourites with Betway while Accies are 19/10 at Betfair. I wouldn't be too surprised if this game ended level and that pays 9/4 with Bet365.

This is the third meeting of the teams this season and Ayr have bossed it so far, winning 1-0 on the road in the League Cup then following it up with another 2-0 away triumph in the League.

The last Somerset Park meeting ended in a 2-1 League Cup win for the Honest Men in 2016 (below) although Hamilton got their revenge with a 2-1 home victory in the same competition four years later.

Hibs kid Steven Bradley looked like a shrewd loan acquisition for Ayr but hasn't really sparked to life yet. Duffy will be hoping his goal last weekend will set him off on a run and Bradley's only other strike for the club came against Accies earlier this season. He's 11/2 with Bet365 for anytime scorer which looks a bit overpriced.

David Moyo scored Hamilton's winner last weekend and has netted in his last two games. The big striker is 3/1 with Bet365 to keep that running going with another goal.

Both teams to score has failed to land in the last two meetings and I wouldn't be shocked if that continued here. Betting against BTTS pays 20/21 with BetVictor while under 2.5 goals is a bit shorter at 7/10 with SportingIndex.

There's not much between these teams and that makes a one-goal winning margin for either side a decent shout. McBookie usually price that bet up but I can't see it on their site yet. However, you can back a one-goal win for Ayr at 3/1 with Bet365 while the same outcome for Accies is 7/2 at Paddy Power.

We only saw seven corners when these teams faced off in Lanarkshire so under 10.5 corners looks decent value at 5/6 with Bet365, especially for accas.