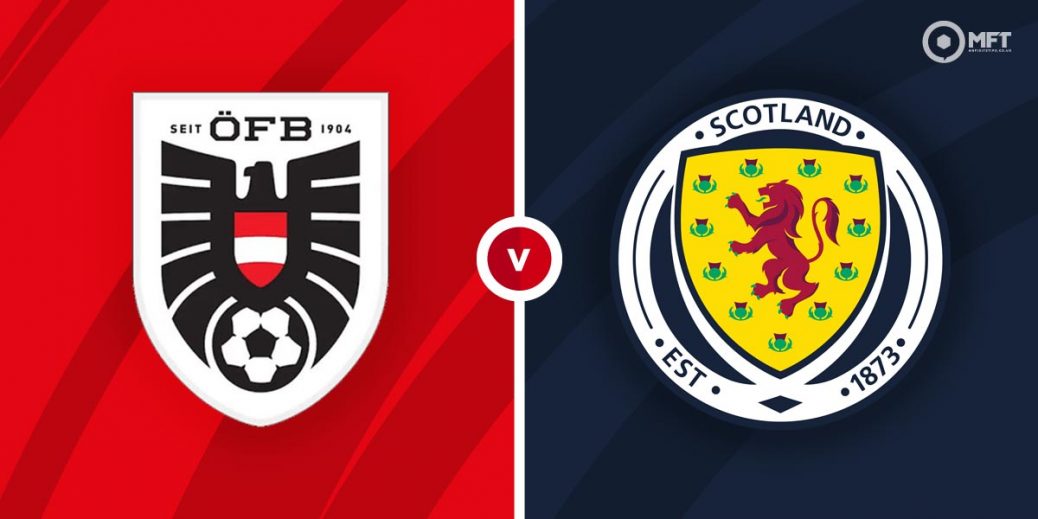 SCOTLAND face an absolutely crucial World Cup qualifier in Vienna on Tuesday against one of their rivals for a play-off spot when they play Austria.

While Scotland made heavy weather of edging out 175th in the FIFA Rankings no-hopers Moldova, Austria were getting hammered in Haifa as Israel put five goals past them in a 5-2 shocker for them.

With the Scots not in the greatest of form and doubts raised about manager Steve Clarke, neither side will be approaching this with much confidence.

One thing is for sure though, defeat for either nation could be a knock-out blow for their Qatar 2022 hopes with Denmark almost already almost guaranteed first place and improving Israel picking up some great results.

Again, there will be no Tartan Army, officially anyway, in Vienna and the hosts can at least take confidence from the fact they enjoyed an excellent Euros…unlike Scotland.

And it could be edgy in the Ernst Happel Stadium when the two nations meet.

The home side are the favourites with the best price at SBK of 16/19. Scotland can be backed at 10/3 with McBookie.com and the same firm have the draw at 5/2.

The nations have actually met 20 times since their first meeting 90 years ago. Austria are in the lead with eight wins to Scotland's five, but they haven't beaten the Scots in Vienna since Ally MacLeod's last game as Scotland manager in 1978.
Here's the 2-2 draw at Hampden in their earlier World Cup showdown in March.

Austria's star striker is Marko Arnautovic. The Bologna striker has netted four goals in five games for club and country this season including two for Austria and is 8/5 to net anytime with bet365.

Billy Gilmour has never scored a senior goal for club and country, but the on-loan Norwich City playmaker has got into a few great positions recently and is getting closer and closer. Now would be a great time to change that at 11/1 anytime with William Hill.

Scotland keep threatening to produce a top performance – the Euro 2020 show against England the second half against Denmark being two examples where it looked like a corner had been turned…only to disappoint.

They got the job done against Moldova, but they still appear to be struggling to adapt to the syetem Steve Clarke wants them to play, despite having very good personnel.

That said, the Austrians leak like a sieve – they've conceded two goals to Scotland, four to Denmark at home and five in Israel.

If Clarke takes the handbreaks off, Scotland can at least score and maybe bag a couple. The 5/6 for Scotland to score before the 79th minute with bet365 should be a gimme and the 3/1 for two or more goals has a chance too.

There should be goals, especially with neither defence exactly watertight and the 6/5 with McBookie.com for over 2.5 goals is tempting.

With so much at stake though and neither side inspiring confidence, the draw could be the sensible call.

This World Cup match between Austria and Scotland will be played on Sep 7, 2021 and kick off at 19:45. Check below for our tipsters best Austria vs Scotland prediction. You may also visit our dedicated betting previews section for the most up to date previews.