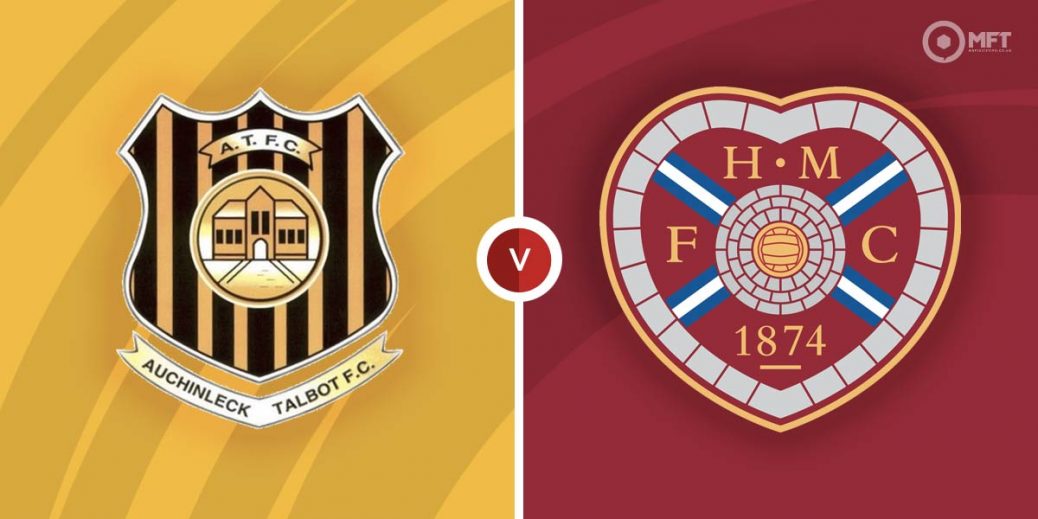 HEARTS visit Fortress Beechwood Park on Saturday lunchtime to face an Auchinleck Talbot side who will fancy their chances of creating one of the great all-time Scottish Cup shocks.

The Ayrshire side were one of the giants of the junior game before entering the pyramid system and need no introduction to Scottish football fans.

They are also specialists at their tight and atmospheric ground where they are unbeaten in their last eight Scottish Cup ties. They currently sit in second place in the level six West of Scotland Premiership behind Pollok.

They have already created one piece of giant-killing when they knocked out Championship side Hamilton Accies in the earlier round and defeated Ayr United too a few seasons ago at home.

However, Tommy Sloan's side will be up against a Hearts side who comfortably look to be the best team outside the Old Firm and are eight points clear in third place.

If they were distracted by the John Souttar situation where he signed a pre-contract with Rangers and was booed mercilessly in their midweek victory over St Johnstone, they certainly didn't show it as they eased to a 2-0 win.

It should be a rollicking tie with a terrific atmosphere.

Hearts are unbackable everywhere and the best price you can get on them is 1/7 with Boylesports. The Bot can be backed at 29/2 with 888Sport. McBookie.com has the draw at 13/2. The double chance of Talbot and the draw is 19/4 with the latter firm.

The sides have twice met in the Scottish Cup with both games at Tynecastle. The hosts only won 1-0 ten years ago, but their last meeting three years ago saw a comfortable 4-0 home victory as can be seen below.

Former Stranraer striker Keir Samson is the danger man for the hosts with 16 goals already this season. He's 12/5 with McBookie.com to net in Ayrshire.

Josh Ginnelly impressed in an unusual striker's role in midweek and he took his two goals well after being set up by Barrie McKay. That combination could spell problems for Talbot and Ginnelly is 9/10 to score anytime at Auchinleck.

It certainly should be a routine win for Hearts, but it will be far from cakewalk at a packed Beechwood Park. The fans are right on top of you there and it's a tight pitch which Talbot could exploit.

They can cover a two-goal handicap at 6/4 and make it an uncomfortable afternoon for the Jam Tarts.

Hearts offered up St Johnstone chances in midweek and it was only the fact the Saints are the league's lowest scorers that prevented them from netting.

The hosts can score and give their fans something to cheer for. They are 11/10 with McBookie.com to do just that.

This Scottish Cup match between Auchinleck Talbot and Hearts will be played on Jan 22, 2022 and kick off at 12:30. Check below for our tipsters best Auchinleck Talbot vs Hearts prediction. You may also visit our dedicated betting previews section for the most up to date previews.