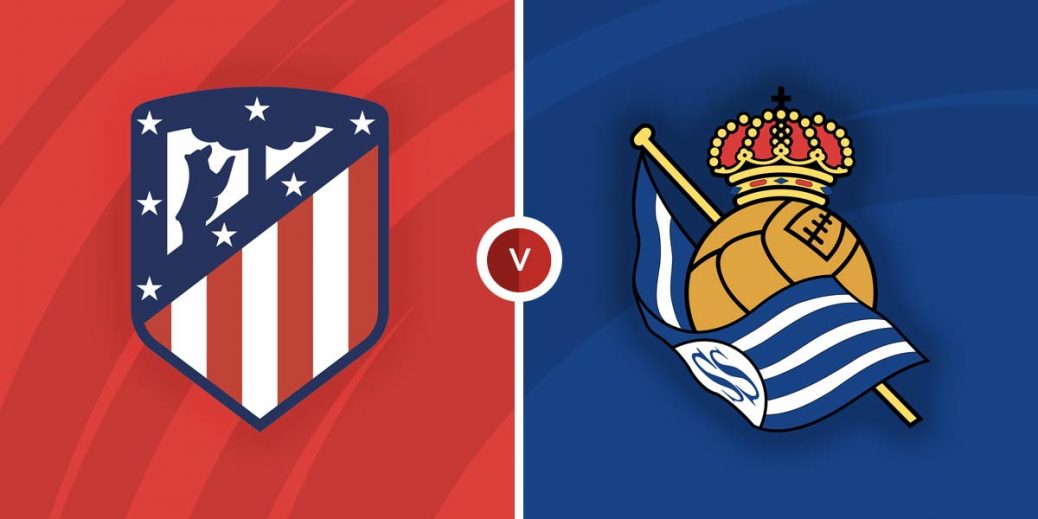 Two of the strongest sides in La Liga this season square off at the Estadio Wanda Metropolitano as Atletico Madrid host Real Sociedad. Atletico have faltered lately but remain solid at home and should come through a stern test against Sociedad.

Atletico Madrid head into Sunday’s clash off the back of a 3-2 home defeat to Liverpool in the Champions League. A brace from Antoine Griezmann was not enough as they fell just short of a turnaround after the Frenchman was shown a red card.

Things have been slightly better for Atletico Madrid on the domestic front as they sit just three points off the pace. The champions claimed a 2-0 victory over Barcelona in their previous La Liga fixture thanks to goals from Thomas Lemar and Luis Suarez.

Home form is usually pivotal for Atletico Madrid and they are unbeaten at the Wanda Metropolitano this season. Manager Diego Simeone plays with three at the back with Stefan Savic joining Mario Hermoso and Jose Gimenez helping Atleti to three clean sheets in their last four home matches.

Real Sociedad are having an impressive campaign and are currently three points clear at the top of La Liga having played a game more than their closest rivals. They are yet to taste defeat since losing 4-2 at Barcelona in their opening fixture of the season.

Imanol Alguacil’s men claimed a 1-0 victory over Mallorca in their previous La Liga fixture with Julen Lobete getting the goal. They followed that up with another 1-0 victory over Sturm Graz in the Europa League on Thursday.

It is always a difficult task facing Atletico Madrid at the Wanda Metropolitano and Real Sociedad will have to do it without injured top scorer Mikel Oyarzabal. Although Alexander Isak is still expected to lead the line, they may struggle to break down the hosts' solid backline.

Atletico Madrid have the upper hand among the bookies at 17/25 with novibet. A victory for Real Sociedad is valued at 49/10 with SBK while a draw is set at odds of 43/15 by Vbet.

Atletico Madrid have a 22-17 advantage with eight draws from 47 previous matches against Real Sociedad. Atleti did the double over their rivals last season, claiming a 2-0 victory in Sociedad before winning 2-1 in the reverse fixture at home.

Antoine Griezmann is yet to find the net in La Liga since his return to Atletico Madrid but will be feeling confident following his brace against Liverpool. The French striker could be worth keeping an eye on to score anytime at 23/10 with Unibet.

In the absence of injured top scorer Mikel Oyarzabal, Alexander Isak will be the one to watch for Real Sociedad. The Swedish striker scored the winner at Strum Graz and is priced at 45/17 by SBK to find the net in Madrid.

Atletico Madrid and Real Sociedad often prioritise the defensive side of the game so there are likely to be few goals on Sunday. Under 2.5 goals could be considered at 7/10 with SBK while BTTS NO could also be on the cards at 14/19 with Sport Nation.

Atletico Madrid have kept clean sheets in three of their last four home matches and with Real Sociedad missing their top scorer, a similar outcome could be expected at evens with Paddy Power. A win to nil for the hosts is valued at 8/5 with bet365.