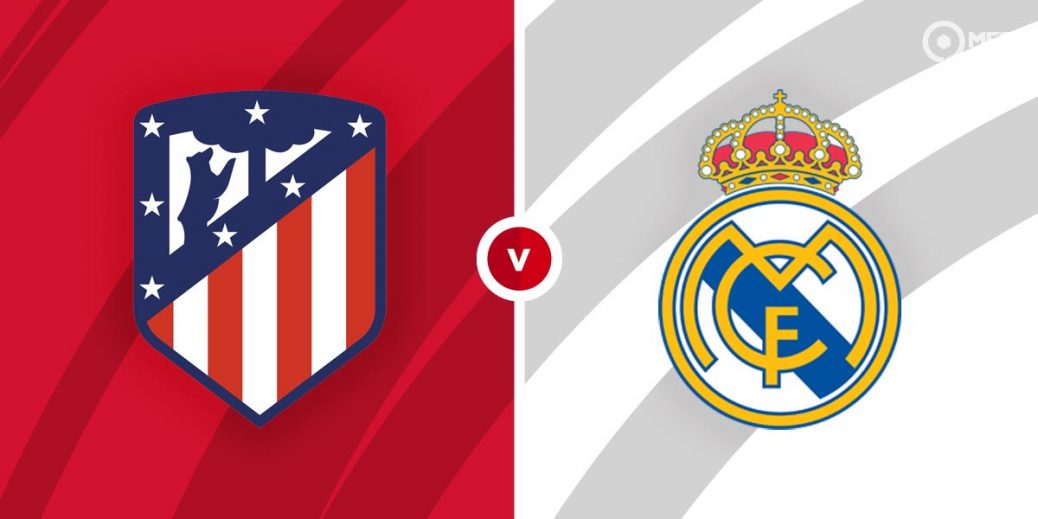 Atletico Madrid host Real Madrid in the latest instalment of the Madrid derby in the Spanish La Liga at the Estadio Wanda Metropolitano. Sunday’s clash is a pivotal one at the top of the table and is expected to be an intense encounter.

Atletico Madrid showed signs of returning to their best as they claimed a 2-0 victory at Villarreal in their previous La Liga outing. It was a solid defensive display from Atleti as they beat back several attacks from the hosts before securing the win through Alfonso Pedraza's own goal and a Joao Felix effort.

Manager Diego Simeone will view the result as a welcome return to form having failed to secure a win in their last three matches in all competitions. They remain top of the table; five points clear of the chasing pack and still with a game in hand.

Atletico boast the best defence in La Liga, even though they have kept just one clean sheet in their last eight matches. They suffered defeat to Levante in their last home match and will be hoping to recapture the form that has seen them claim eight wins in their last 10 matches at the Wanda Metropolitano.

Real Madrid are coming off a 1-1 draw at Real Sociedad in their last La Liga fixture. They fell behind early in the second half and needed a late effort from substitute Vinicius Junior to salvage a point.

The result means Real missed the chance to return to second and close the gap on Atletico to two points. As it stands, they remain third on the table, level with Barcelona and five points behind the leaders.

Despite the blip on Monday, Zinedine Zidane’s men remain one of the form sides in La Liga having won four of their last five matches. They have also been excellent on the road lately, winning their last three away fixtures.

Real Madrid have been plagued by injury problems in recent weeks with a number of senior players currently sidelined.

However, they have some good news ahead of Sunday’s match with striker Karim Benzema set to return after missing the visit of Real Sociedad through injury.

Sunday’s match is expected to be a close contest but the bookies have installed Real Madrid as the favourites. Real are priced at 5/3 by Vbet for a win, SBK has Atletico at 13/7 while a draw is set at odds of 12/5 by bet365.

There is very little to separate both teams and Sunday’s match is likely to end in a draw.

Real Madrid have the advantage in the derby with 38 wins from 69 previous meetings. Atletico have claimed 12 victories while there have been 19 draws between both teams.

Real Madrid claimed a 2-0 victory in the reverse fixture while the last meeting between both teams at the Wanda Metropolitano ended 0-0.

Striker Luis Suarez will carry the goalscoring threat for Atletico Madrid and could be worth a punt in the anytime goalscorer market at 29/20 with Unibet. Portuguese forward Joao Felix could also be considered in the same market at 29/10 with Unibet after scoring off the bench against Levante.

Karim Benzema’s return will certainly be a boost for Real Madrid with the striker attempting to add to his 12 La Liga goals. Unibet is offering 37/20 on the Frenchman to score at anytime while Vinicius Junior is valued at 7/2 by the same firm in the anytime goalscorer market.

Both teams are often solid at the back and have produced under 2.5 goals in their last four meetings. A similar outcome is valued at 5/7 by SBK.

BetVictor is offering evens on both teams not to score while a clean sheet for Atletico Madrid is priced at 9/4 by bet365 with Real Madrid valued at 41/20 by Sporting Index in the same market.

With Real Madrid and Atletico Madrid going into the break level in three of their last four meetings, a halftime draw could be worth a punt at 11/10 with SBK.

This La Liga match between Atletico Madrid and Real Madrid will be played on Mar 7, 2021 and kick off at 15:15. Check below for our tipsters best Atletico Madrid vs Real Madrid prediction. You may also visit our dedicated betting previews section for the most up to date previews.